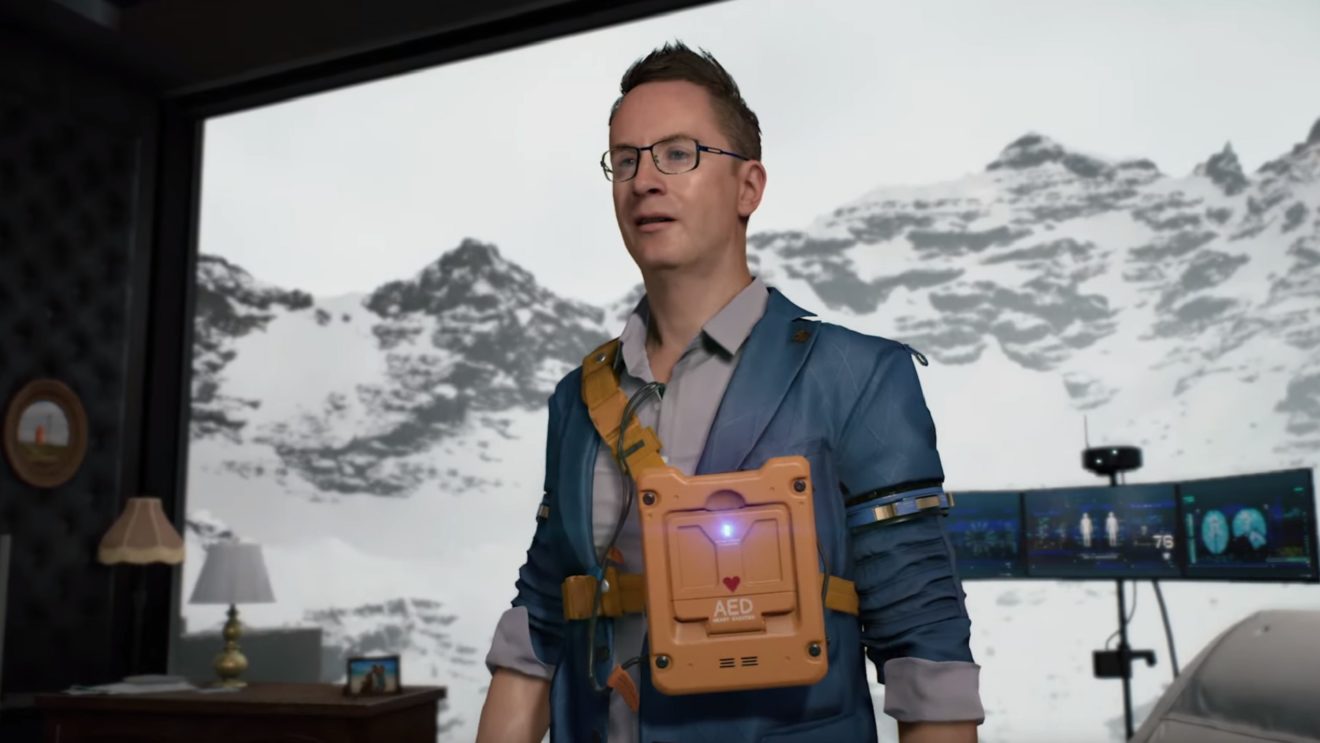 Sony and Kojima Productions have released a new trailer for Death Stranding that introduces us to Heartman.

Heartman is a member of BRIDGES whose heart stops every 21 minutes. The character, who is played by Danish director Nicolas Winding Refn, spends his days consuming books, television shows, and music that fit into the 21-minute window.

Upon dying, Heartman has three minutes on the other side before being resuscitated. As he explains, the 21 minutes he spends alive are downtime while he waits to return to his search on the other side. “My body may be present, but my soul is on the beach,” he says. “I’m already dead.”

The upcoming game puts players in control of Sam Bridges, who is on a mission to reconnect the shattered world following a phenomenon known as the Death Stranding.