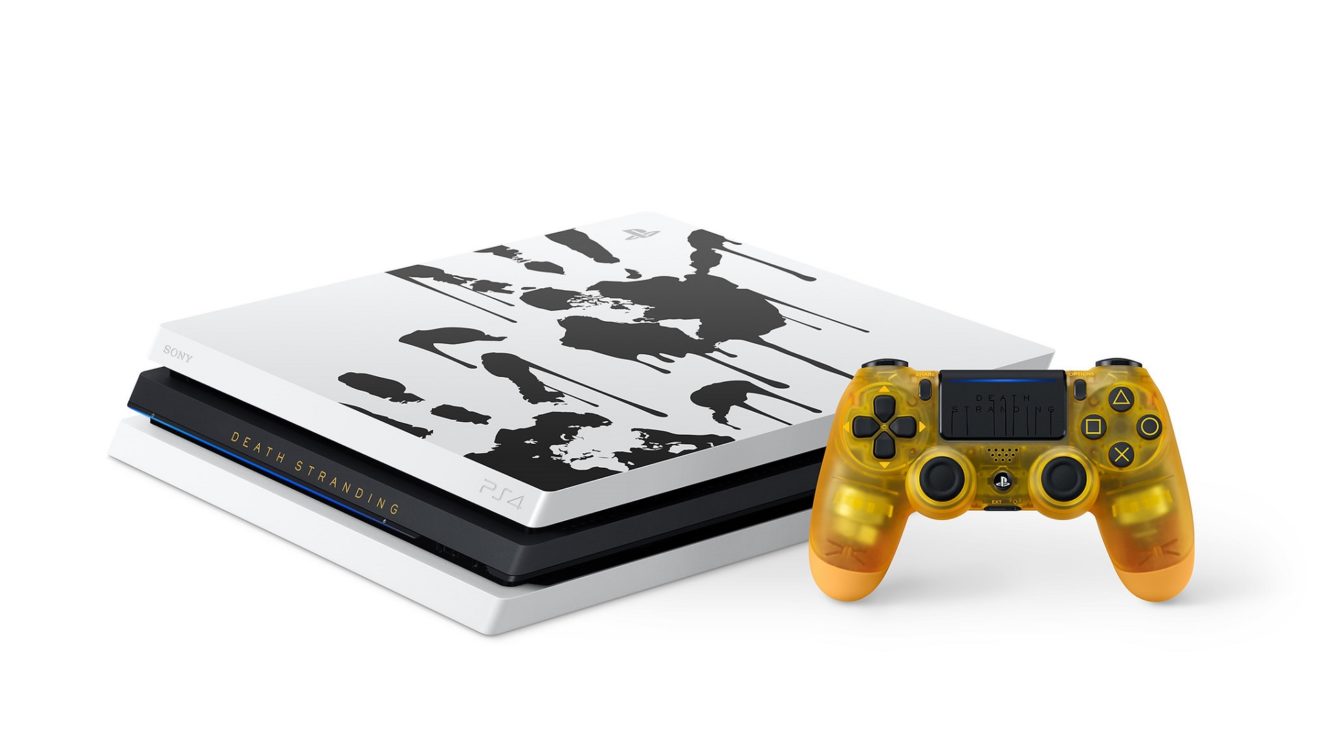 Sony has announced that a Limited Edition Death Stranding PlayStation 4 Pro Bundle will be available alongside the game this November.

This bundle includes a custom PlayStation 4 Pro console that features “a white matte finish, with two BT handprints that form the shapes of the world’s continents,” according to Sony. There’s also an orange translucent DualShock 4 controller and a physical copy of Death Stranding included in the bundle.

The Limited Edition Death Stranding PlayStation 4 Pro Bundle will be available from November 8th at select retailers in the U.S. and Canada for $399.99.