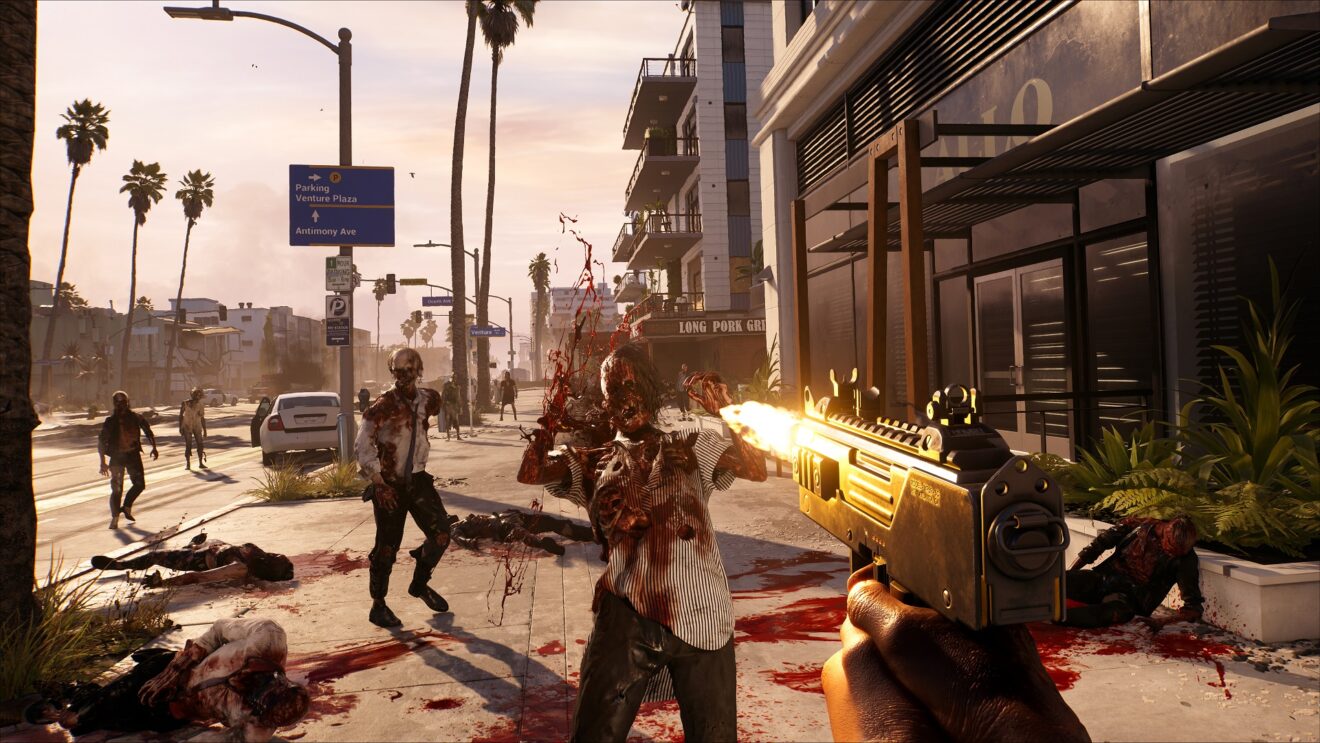 Dambuster Studios shared a new gameplay trailer for Dead Island 2 during a recent Showcase event that welcomes us to HELL-A.

The trailer starts off from the perspective of Jacob, one of the game’s slayers, and introduces us to the game’s setting of Los Angeles, which has been overrun by zombies. However, Jacob is quickly taken down by a group of zombies and another slayer, Amy, takes over the narration.

In the second part of the trailer, we are shown various ways to deal with the zombie threat, including electrocution, burning, and simply chopping them to pieces. We also get a look at Fury Mode, which allows players to tap into zombie powers after being bitten.

Finally, the trailer shows off the game’s support for Alexa Game Control. Players on Xbox and PC can use their voice to perform in-game actions, such as getting a zombie’s attention and switching weapons. The feature supports English in the United States, Canada, and the United Kingdom.

Dead Island 2 is scheduled to launch on April 28th, 2023, for PlayStation 5, Xbox Series X/S, PlayStation 4, Xbox One, and PC via the Epic Games Store.