Far from bowled over

From my recollection, we’ve never had a video game that combined dating and bowling until this week’s release of Date Night Bowling, and I have no idea how that’s possible. Pairing those two activities together just makes so much sense. Heck, I remember when my future wife and I went bowling as one of the activities we did during our first day out together. Bowling is fun, it offers a lot of chances to talk with your date, and it can provide that thrilling mix of rooting for each other while also trying to best each other.

So, when I received review code for Serenity Forge’s Date Night Bowling, I jumped at the chance to check it out. Unfortunately, the game ended up being a turkey—and not in the coveted bowling way.

Date Night Bowling offers players the chance to pick from one of 10 characters—five men, five women—and then choose someone from the remaining roster to go out on a date with. Initially, only two characters are playable, and at first I felt stupid for not being able to figure out how to unlock the rest. Turns out, you need to take each of the remaining eight people bowling on their own, and after playing a game, they’ll make some comment about wishing they could have had company, which then unlocks them under the main dating option. This seems like a weird decision to me, as it might have made more sense to either just have everyone unlocked from the start, or to have unlocks come from doing particularly well on a date with bowlers you already have.

Once you’ve made your character and outfit selections, you choose from two different bowling alleys, your ball weight, which hand you bowl with, amount of lane oil, and difficulty level (which alters the speed of the meters when bowling). The game then kicks off with the two characters paired up in what seems to be some sort of singles meetup, and then it’s off to the lanes for some bowling. Controls are your basic stuff, as you adjust your initial standing position, the pin you’re aiming at, and then use proper timing on two meters to determine your throw power and ball spin. As both you and your date take your turns, there’s a slight bit of banter based on how each bowler did.

After each frame, the dating part of Date Night Bowling kicks in. Your success or failure at wooing your date comes through playing nine different minigames (inserted after the 1st through 9th frames), which get randomized every time. Most of the minigames have themes related to things you might do while at a bowling alley, such as getting shoes for your date (though, if they’re asking for shoes eight frames in, they might be too stupid to date), refilling their drink, engaging in conversations, or winning them a stuffed animal from the claw machine. A few feel a little forced, such as properly timing multiple high-fives or tossing popcorn into your date’s mouth, while I found one—fixing a mechanical malfunction on the lane—hilariously bizarre. The better you do at a minigame, the more your Connection Meter fills; the more the meter has filled, the better the date went.

And, really, that’s it. Date Night Bowling isn’t an incredibly deep game, meant to be more of a quick, arcade-y experience. When taken as that, the game is enjoyable. The bowling portion isn’t as exciting or interesting as other games we’ve gotten before (especially one we’ll talk about shortly), but there’s also nothing really wrong or broken on a gameplay level. The dating aspect feels shallow, but with so many different combinations of people to pair up, you can do plenty of loops and still see something new. And, above everything else, Date Night Bowling has gorgeous visuals, highlighted in its stellar character sprites.

The problem is, to my genuine dismay, nearly every decision the development team made in building upon that core was misguided or under-developed. I cannot remember the last time I disliked so many different things about such a simple game as I did with Date Night Bowling, and I’m frustrated by how good of a game we could have gotten had things gone differently.

On a gameplay level, as I said, there’s nothing wrong about the bowling in Date Night Bowling. What is wrong, though, is the energy level. In short, there is none. As the ball travels down the lane, your character and your date stand there emotionless, looking as if they’re bored by their own game. Once pins do (or don’t) get knocked down, the person that was the observer will make a mostly generic statement about what happened, with those statements shared across every character. There’s just no emotion or personality to what’s going on. You never see your character nervous, or excited, or disappointed, or angry about how they did. You have two people who are said to be on a date who never cheer for one another, or build any sense of rivalry or camaraderie. And, your skill (or lack thereof) at bowling does nothing to increase or decrease the Connection Meter.

Contrast how Date Night Bowling represents the actual bowling versus something like SNK’s 1990 NeoGeo release League Bowling. Once you throw the ball down the lane in that game, the screen comes alive with movement, and excitement, and then reaction to what happened. As compared to the slower, more drawn out journey down the lane, League Bowling is quick and kinetic. I’m not saying that Date Night Bowling should be over-the-top and goofy like SNK’s offering, but it needs to have some energy and display of emotion in what’s happening. And, it really should also have had more impact on the date overall, because of course the better two people bowl, the more they’re going to enjoy the date. (Or, conversely, if both totally suck, that could be a source for bonding as well.)

With that element lacking, the dating part of Date Night Bowling only comes in between frames, and yet here too it feels like much is missing. Why couldn’t there have been more relationship building here outside of the minigames? Why not, at times, let us see the two characters sitting down for a break, and insert some actual dating game elements like a conversation system? A few quick and scattered chats do happen, but they’re all preset, and if you play that same pairing twice, you’ll get the exact same chats every time, at the same time. (Speaking of that, why does the one redhead have to be such an obnoxious influencer gremlin?) There’s nothing to change up how a date goes beyond your performance in the minigames, which means there’s little sense of growth or advancement for playing as the same couple more than once.

Look, I get it: With so many potential pairings, even adding some variety would mean a greatly increased amount of text to write. As it stands now, though, there’s no reason to have any attachment to any of the pairings you can put together. Even if, say, the game had featured something like a couple’s tournament or some other chance to play against other teams as your favorite pairing, that would have given more depth to the relationship aspect.

As mentioned, the depth we do get all comes from the minigames, and they just aren’t good enough to carry all that weight. If the rest of Date Night Bowling was better, the selection of minigames here would be fine, but at the least they could really use some tweaking. There’s one game type that’s repeated in three different minigames, where you need to hit the buttons in time to markers along a timeline. The problem is, if you hit a marker dead on, some extra visual flair pops up to denote that, but that effect can block your view if the next note is nearby.

In another, where you give your date a backrub, there are five points in a horizontal line, and you need to hit each spot as it lights up. Even when using the D-pad, though, the game isn’t tap accurate. So, for example, if I’m in the leftmost spot, and the second from the right spot lights up, that should be three right taps on the D-pad to get to that spot. But, the accuracy in that minigame is off, so sometimes that’ll get me to the spot after the one I want, or to the spot before it—and that’s really annoying.

It’s easy to screw up in Date Night Bowling’s minigames, but in order to nail a date by totally filling your Connection Meter, you have to get nearly every one of them perfect. In the four days I’ve been playing the game, I’ve never fully maxed that meter, because even just getting one “OK” can totally blow your chance. For some people, this won’t be a big deal, but it caused me a never-ending amount of stress every time I was about to play a minigame—which, I suppose, could represent the stress we all feel to get a date just right.

Date Night Bowling is a fantastic idea brought to life in an average gaming experience weighed down by a number of questionable decisions. If you’re looking for a simple bowling game with a unique twist, that’s what you’ll get here, and it might be enough to keep you satisfied for however many playthroughs you’ll be looking to get out of it. However, if you hear the name “Date Night Bowling” and put any expectations on how that concept could turn out in an era when we’ve received plenty of top-notch games that blend dating elements into other genres, you’re going to end up sorely disappointed. Date Night Bowling might not be a gutterball, but it’s bowling granny style while using gutter guards and still can’t even hit the spare. 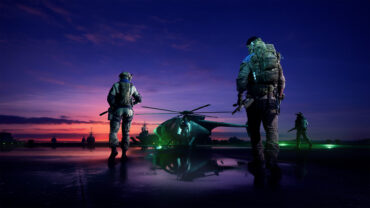 I gave Battlefield 2042 five stars. Then it launched.

New leak suggests what December's free PlayStation Plus games may be 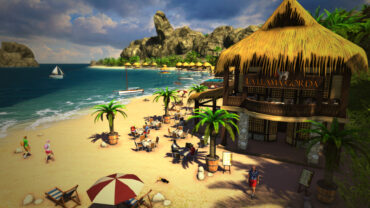