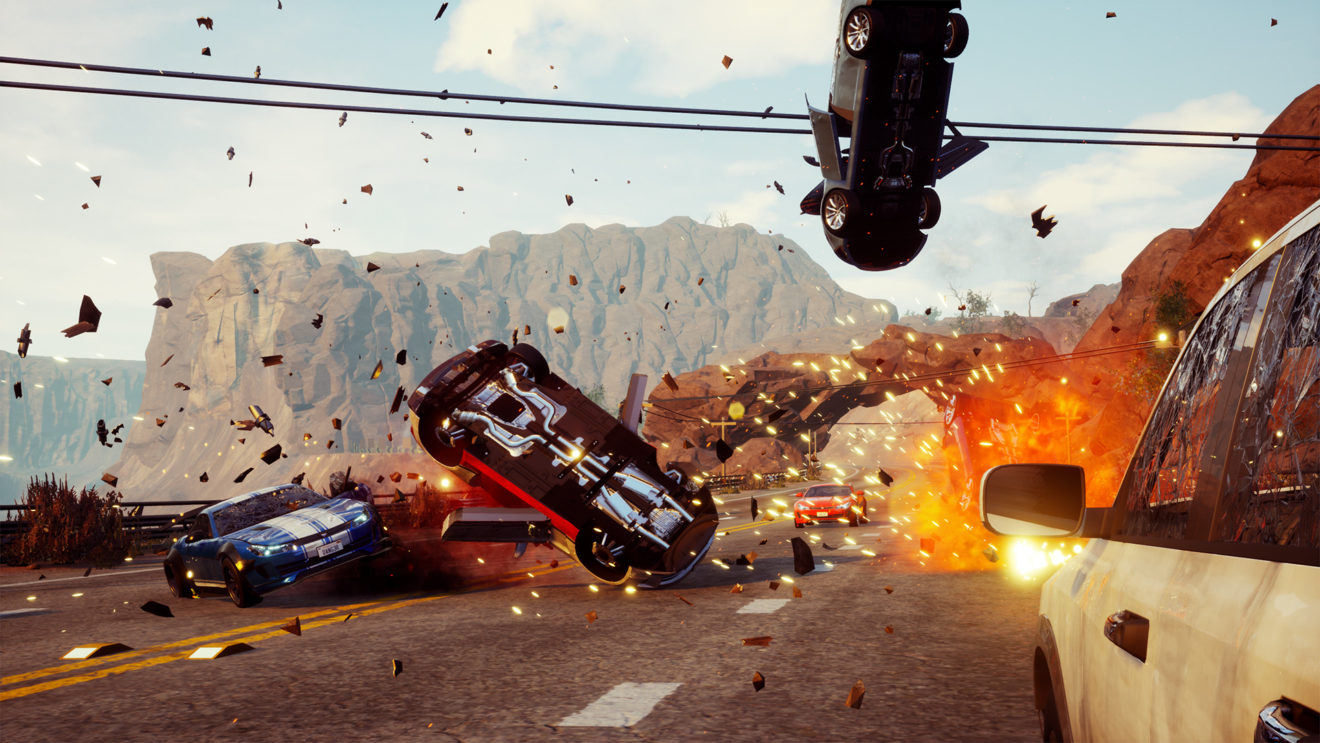 Three Fields Entertainment has announced that a sequel to its Burnout spiritual successor Dangerous Driving is in development for Xbox One, PlayStation 4, Nintendo Switch, and PC.

The upcoming sequel will introduce split-screen multiplayer and an open-world in which players can take on AI opponents or explore in freedrive mode.

“Dangerous Driving 2 will truly be our best game yet – delivering new features our fans have been clamoring for such as Nintendo Switch support and split screen, building on the innovations we as game makers are passionate about including interactive music and emergent game modes as well as addressing the areas we weren’t happy with in the last game,” creative director Alex Ward said.

Dangerous Driving 2 is scheduled to release in holiday 2020 for Xbox One, PlayStation 4, Nintendo Switch, and PC.