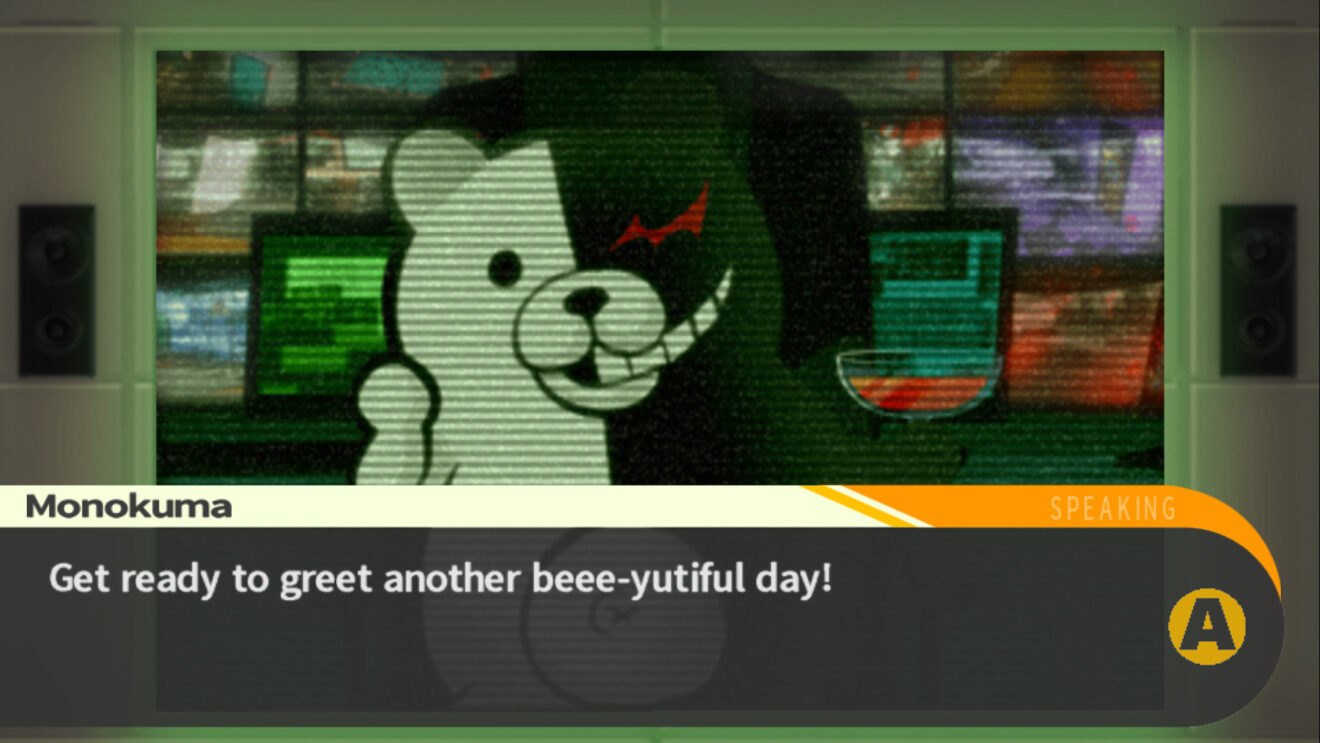 The first entry in the series follows a group of trapped high school students who are forced into a killing game and tasked with finding the killer. When a body is discovered, players will need to investigate and gather evidence before heading into a Class Trial in which they must use their deductive skills to expose the murderer.

The Anniversary Edition of the game includes a gallery in which players can listen to character voices, as well as view character expressions, in-game illustrations, and character references.