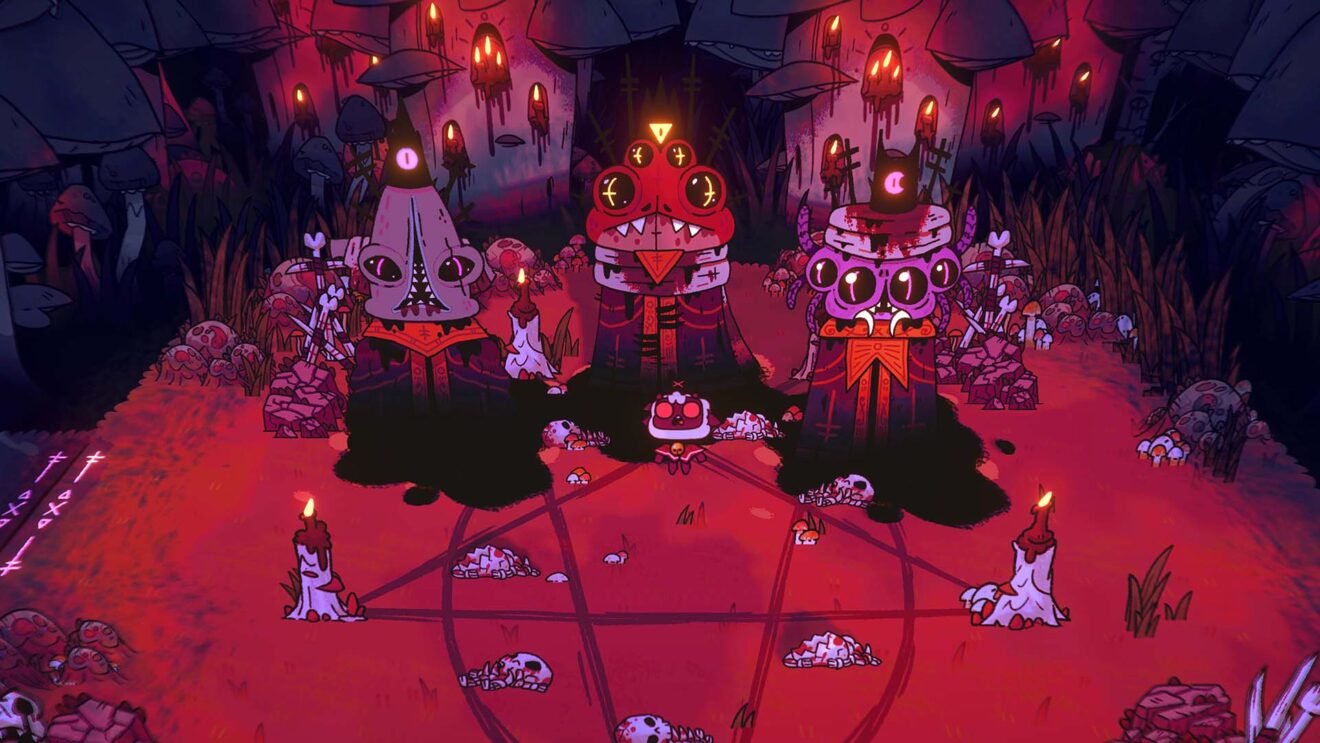 The Blood Moon Festival is now live in Cult of the Lamb for a limited time, Devolver Digital has announced.

As part of the event, players can harvest pumpkins to unlock the new Blood Moon Ritual. Using the ritual, players can call upon a Blood Moon which brings dead followers back as ghosts to be captured.

In addition to the new ritual, the update includes three new follower forms, four base decorations to unlock, and a new music track.

Cult of the Lamb is available now on PlayStation 5, Xbox Series X/S, PlayStation 4, Xbox One, Nintendo Switch, and PC.