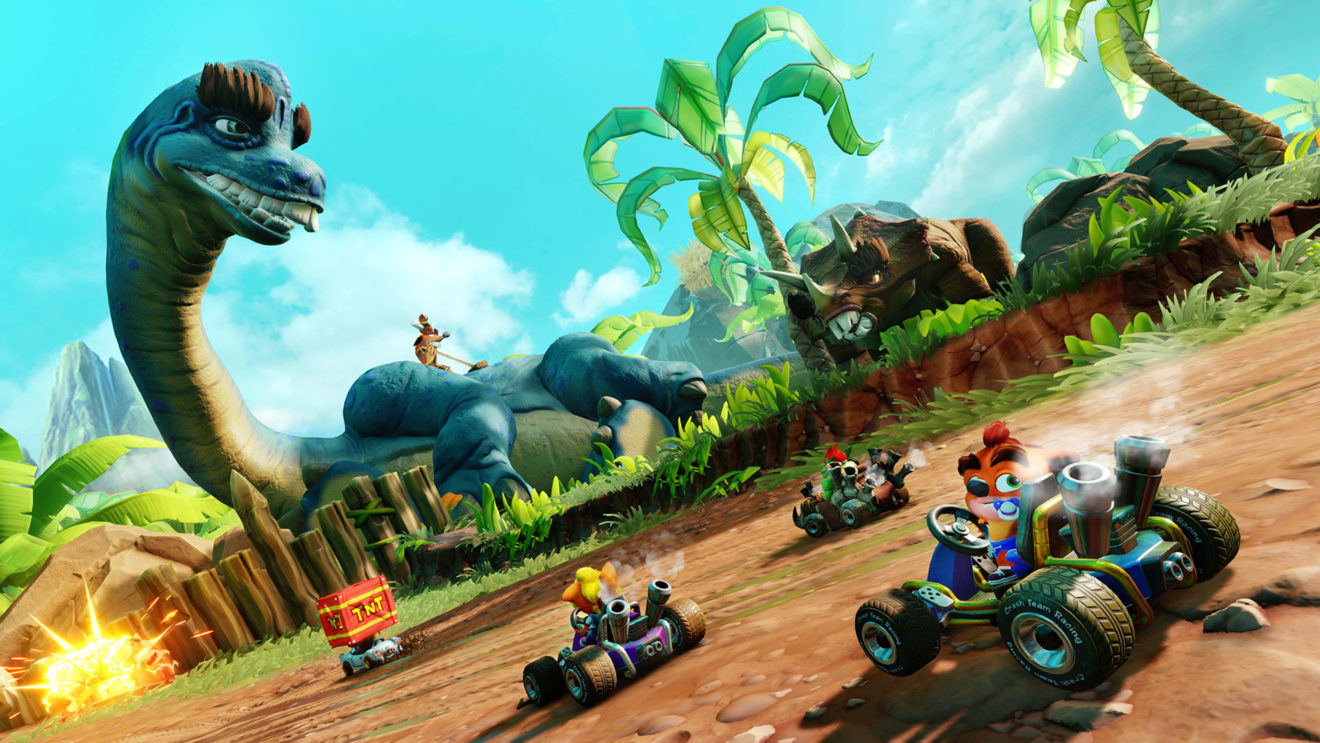 “With the Back N. Time Grand Prix, N. Tropy’s time-bending staff has thrown Crash and the gang back to the days when dinosaurs roamed the land – and they soon find out things looked much more… fake… back in these Prehistoric times,” an Activision blog post explains.

As with the first Grand Prix, Back N. Time will see the introduction of a new race track called Prehistoric Playground. According to Activision, this newest track features “Jurassic-sized flora, violent geysers bursting from the ground, caves with mysterious wall-paintings, and of course, giant dinosaurs roaming the land.”

In addition to a new track, players can earn some new cosmetic items by filling their Nitro Gauge. A total of 18 items are on offer, including the Nostalginator and Mammoth Karts, the Dashing Fake Crash skin, Baby T. as a playable character, and the Fake Baby T. skin.

There will also be a number of new items to pick up from the Pit Stop in exchange for Wumpa Coins. During the Grand Prix, players can purchase baby versions of Crash and Coco, the Probulot 2000 Kart, and several new skins. Wumpa Coins are earned by completing races and Battle Modes. However, the blog post mentioned that Wumpa Coin bundles will be introduced in early August that can be purchased with real money.

Finally, Activision teased the addition of several new characters in the future, including Nina Cortex, N. Brio, and Komodo Moe.