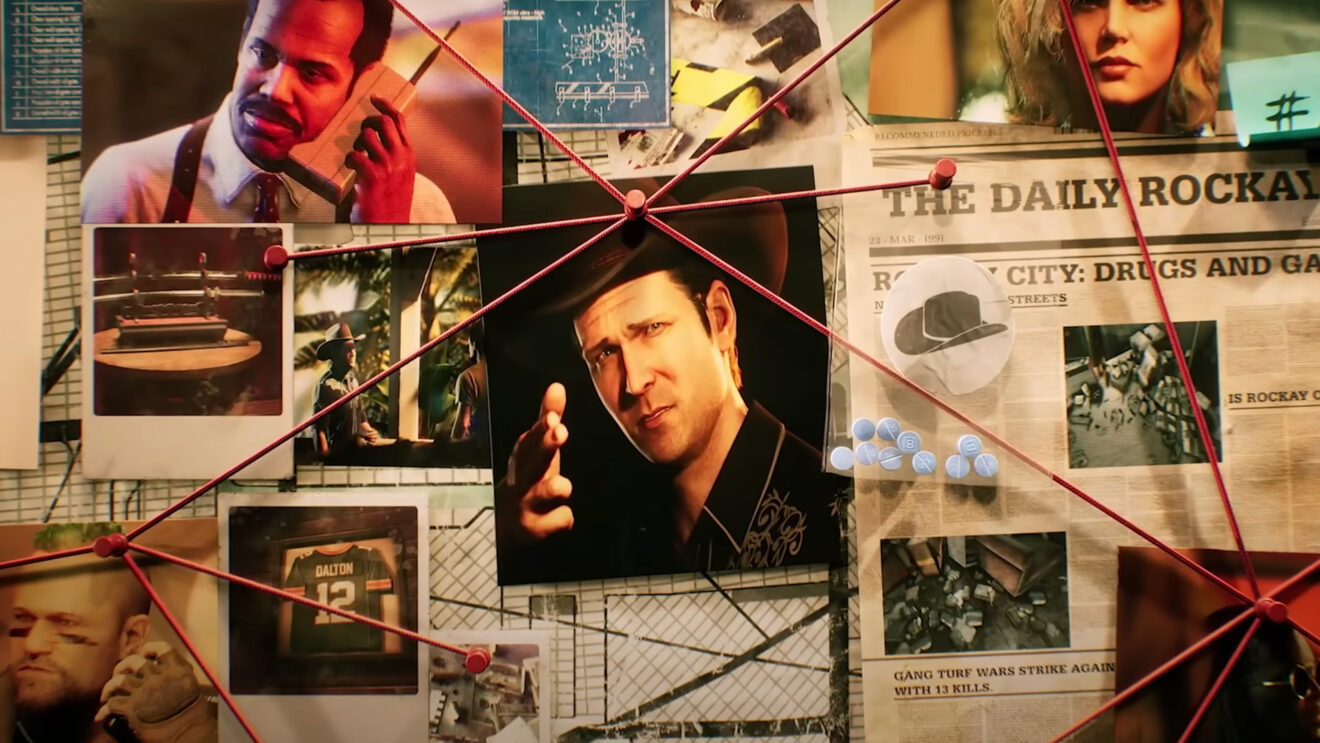 505 Games and InGame Studios have revealed a new first-person shooter set in the criminal underworld of ’90s Florida—and the big draw is a stacked cast of recognizable Hollywood actors.

Seriously, it’s difficult to overstate just how many familiar faces are in this game. Our lead is Travis Baker, played by Michael Madsen (Reservoir Dogs), who’s been digitally de-aged to match his 1990s self, but that’s just the beginning. The debut trailer also shows off a similarly youthified version of Kim Bassinger (L.A. Confidential, Batman), Danny Glover (Lethal Weapon), Danny Trejo (Machete), Michael Rooker (Guardians of the Galaxy, The Walking Dead), Chuck Norris (Walker: Texas Ranger, mid-2000s internet memes). Rapper Vanilla Ice also makes an appearance, though it feels a bit strange to include him on a list of big celebrities.

As far as the actual gameplay, that’s still a bit fuzzy for now, though Crime Boss definitely features a whole lot of first-person shooting. The emphasis on heists and support for four-player co-op calls to mind 505’s Payday series (in fact, InGame tapped Payday 2‘s Chains, Damion Poitier, for a role here, too). But there seems to be a decent focus on the narrative, with multi-mission story arcs touted on the Epic Games Store page and what appear to be war flashbacks in the trailer. Plus, you can play the full game solo, so it may provide a bit more in terms of structure and linear progression than your usual heist game.

The game is launching relatively soon, so we’ll no doubt learn a lot more in the weeks to come. Crime Boss: Rockay City will arrive on PlayStation 5, Xbox Series X/S, and Windows PC via the Epic Games Store on March 28th, 2023.

Josh Harmon
Josh picked up a controller when he was 3 years old and hasn’t looked back since. This has made him particularly vulnerable to attacks from behind. He fell in love with EGM during the Dan Hsu era, so joining the magazine as an intern way back in 2012 felt like a dream come true. Now, as Editorial Director, he’s excited to lead EGM somewhere new.
Share
Post tagsCrime Boss