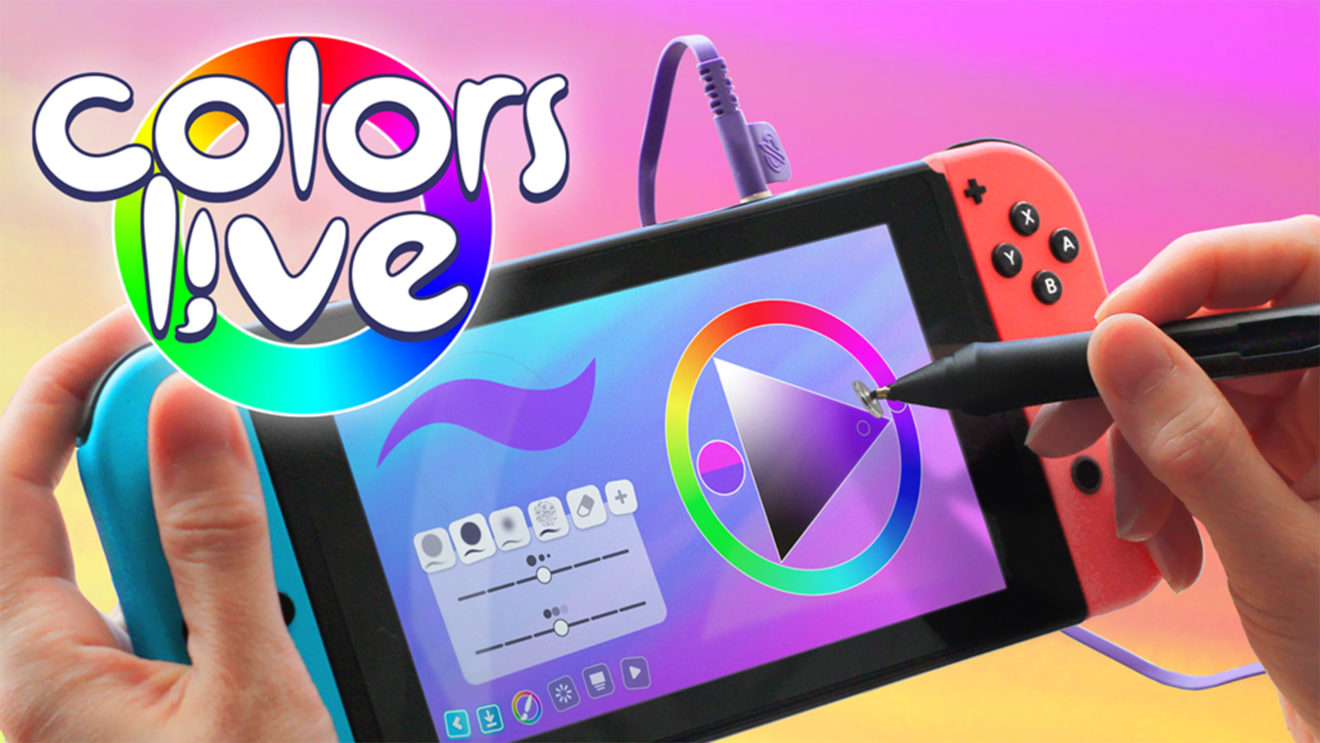 Colors Live, the next entry in the popular series of painting apps, will come to Nintendo Switch later this year thanks to a massively successful Kickstarter campaign that’s entering its final hours.

A follow-up to the beloved Colors 3D for the Nintendo 3DS, Colors Live allows you to draw to your hearts’ content on the Switch’s touchscreen using a wide selection of tools, like brush effects and multiple layers.

Like previous versions, Colors Live will allow you to upload creations to the Colors Gallery, where artists can view each other’s work and even see a playback of the entire painting process in video form. But this newest entry also includes some major upgrades to both the software and hardware.

Perhaps most impressive is the addition of a new pressure sensitive stylus called the Colors SonarPen. Developed in partnership with GreenBulb, the creators of the original SonarPen, the Colors SonarPen plugs into the Switch’s headphone jack and uses sound data in a clever way to replicate the pressure sensitivity features available in much pricier digital art tools. The Colors SonarPen also allows includes a button for switching colors and ignores unintended inputs from your palm, so you can comfortably rest your hand on the screen while drawing.

Also new is Colors Quest, a single-player experience that sounds a bit like a painting RPG. Each day, you’re challenged to paint a picture while adhering to certain guidelines, and as you progress you’ll level up and move your way around the map.

At time of writing, there are just 64 hours left until the Kickstarter campaign ends, so you still have time to make a pledge. Contributing will guarantee you’ll get your Colors SonarPen and a copy of the game right at launch, and some packages even allow you to customize the color of your SonarPen. You’ll likely be a getting a discount over the final retail price, as well. If any of that interests you, you’ll want to hop over soon.

Colors Live doesn’t yet have a release date, but the Kickstarter page says developer Collecting Smiles plans to deliver the first batch of Colors SonarPens and game codes to backers this August.