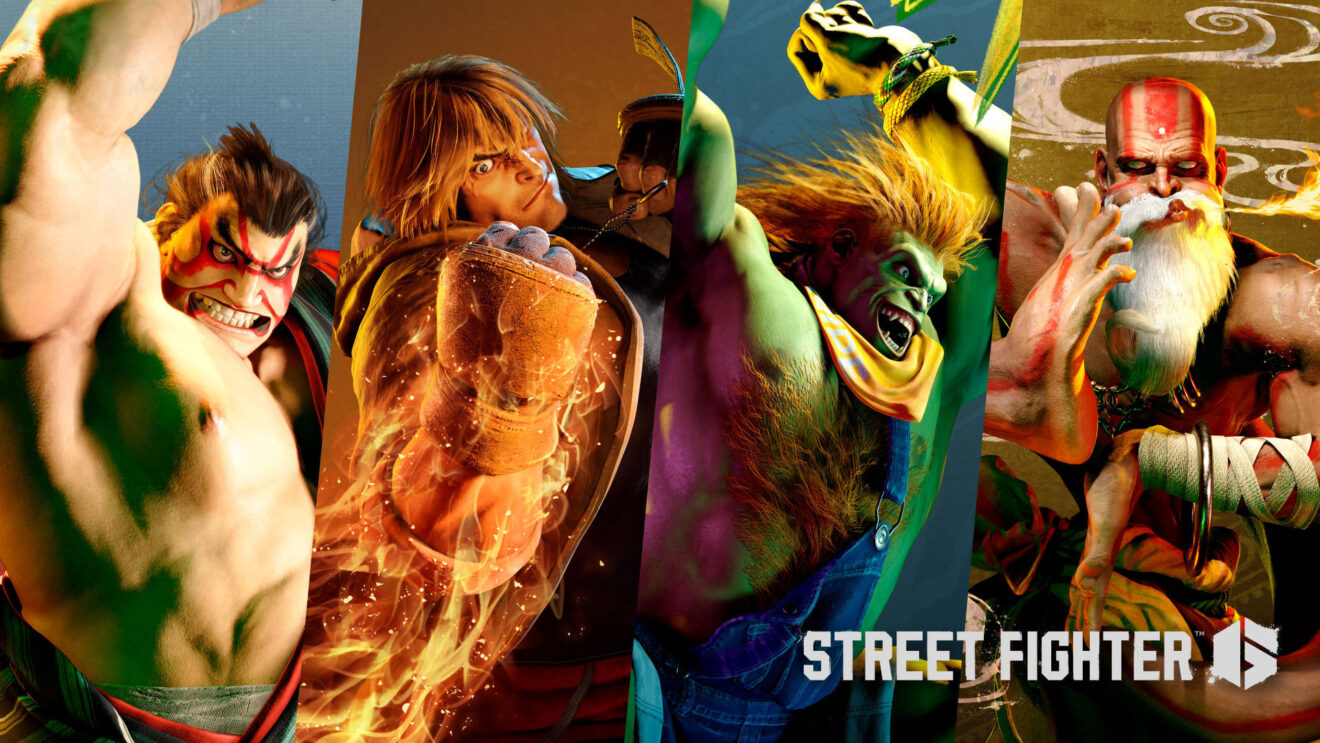 Every time I’ve tried to write this news story, I’ve had to stop and add new details, because in the past 24 hours, Capcom has been on a nonstop quest to show off new information about Street Fighter 6.

As there’s no way I can go in depth into everything that’s come out, let me wrap up the main points concerning what’s come out, and then check out the videos I’ve embedded for more insight.

Yesterday saw the reveal of Ken, who now seems a bit less hobo-like given we know more about his situation (he’s been framed for some sort of crime, and has gone into hiding away from both his family and company until he can clear his name). And then, we got the reveal of Blanka. Then the reveal of Dhalsim. And then the reveal of E. Honda.

Having seven of the eight original World Warriors back is no surprise—we know Zangief is also coming soon, especially given what happens next—and while I’m honestly kinda sick of them by this point in my life, I’m also happy we’re getting them out of the way to make way for other returning characters and new faces. The original cast are also put in an interesting position in Street Fighter 6, serving as mentors of sorts to players over in the World Tour (which we’ll get to shortly).

Four character reveals seemed like a pretty big deal, but then today brought the entire launch roster for the game. For those that have seen the leaks, none of these will be a surprise, but to confirm, day one we’re looking at: Luke, Jamie, Manon, Kimberly, Marisa, Lily, JP, Juri, Dee Jay, Cammy, Ryu, E. Honda, Blanka, Guile, Ken, Chun-Li, Zangief, and Dhalsim. Going back to those leaks, there are four more characters that are missing from this initial line-up of 18 fighters, so it’s safe to assume (right?) that they’ll be part of the first batch of DLC.

No doubt as some amount of answer to complaints about Street Fighter V‘s single-player content at launch, World Tour is the new solo campaign for Street Fighter 6, and it’s looking crazy. The mode kicks off with a highly detailed character creator, one that looks on the level of what you’d find in a Monster Hunter or Dark Souls game. You’ll be able to further personalize your characters not only in the clothes and gear they wear, but also in their move sets.

By training with the various Masters scattered around World Tour mode (such as those I mentioned above), you’ll not only be able to learn their special fighting techniques, but also Master Actions that can help you further explore the world. For example, if you need to get from one rooftop to another, you can use Chun-Li’s Spinning Bird Kick to fly across the gap. World Tour looks as awesome as it does weird, and it shows a push for more creative—and fun—additions to the Street Fighter series.

Speaking of bringing more creativity and fun to the game, Extreme Battle is looking like a great addition to Street Fighter 6. In this special mode, you can set both a Rule and a Gimmick before starting a fight. So, as an example Capcom gave, you could give the match a “first to five knockdowns wins” Rule, and then have the Gimmick be that a bull comes running through the stage at regular intervals, knocking over anyone it hits.

We’ll have to see how many Rules and Gimmicks are available—though, I’m certain more will be added over time—but even with whatever we get at launch, Extreme Battle is sure to be a fantastic part of the game, especially for more casual players (or those more serious players who need a break from sweating it out online).

Speaking of online, Capcom is taking some inspiration from companies such as Arc System Works, and building a Battle Hub into Street Fighter 6. Here, up to 100 players can come together in the same space to chat, show off their style, fight it out in a match using virtual arcade cabinets, and participate in (or simply watch) tournaments. While you’ll still be able to find online matches the old-fashioned way thankfully, the Battle Hub adds more options for the social side to playing Street Fighter.

Oh, and in a very surprising twist, you’ll also be able to play some classic Capcom games in the Battle Hub as well, such as the different flavors of Street Fighter 2, Final Fight, Captain Commando, and more.

There’s a whole lot coming in Street Fighter 6, making it hard to wait for the game’s release sometime next year. The good news, however, is that we won’t have to wait—at least, some of us won’t. Capcom announced a Closed Beta Test for the game running from October 7th through October 10th on Xbox Series X/S, PlayStation 5, and Steam.

The Street Fighter 6 Closed Beta Test will only be open to a select number of participants, so if you’d like to apply, head over to https://www.streetfighter.com/6/cbt/en/.