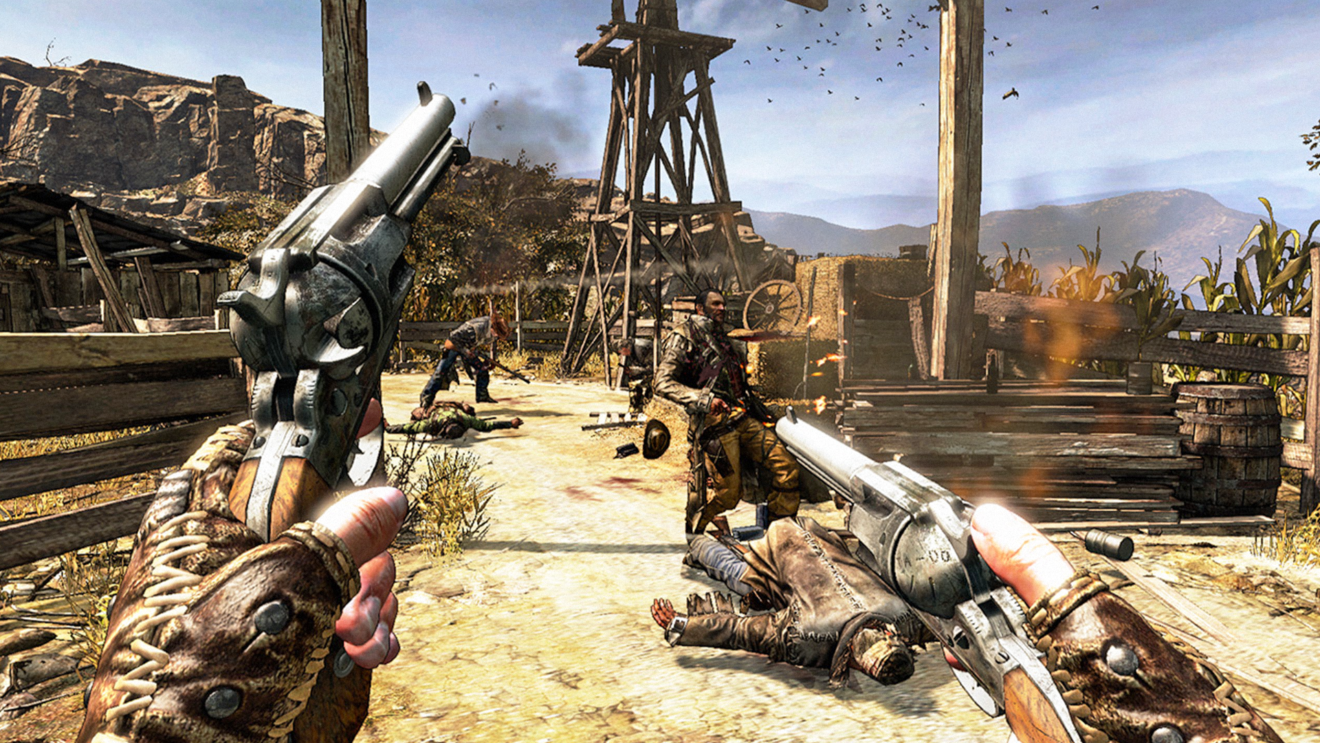 Call of Juarez: Gunslinger is coming to Nintendo Switch

Techland has confirmed that western-themed first-person shooter Call of Juarez: Gunslinger will be getting a Nintendo Switch release in December.

Gunslinger puts players in control of a bounty hunter and tasks them with tracking down some of the Wild West’s most notorious characters, including Billy the Kid and Jesse James. The upcoming Nintendo Switch release will feature support for motion controls and HD Rumble.

“This is our homage to Wild West tales, an epic and violent journey of a ruthless bounty hunter on the trail of the West’s most notorious outlaws,” producer Wojciech Kuśnierz said. “Blurring the lines between man and myth, this adventure made of memorable encounters, unveils the untold truth behind some of the greatest legends of the Old West.

Call of Juarez: Gunslinger will be available digitally on Nintendo Switch from December 10th for $19.99.