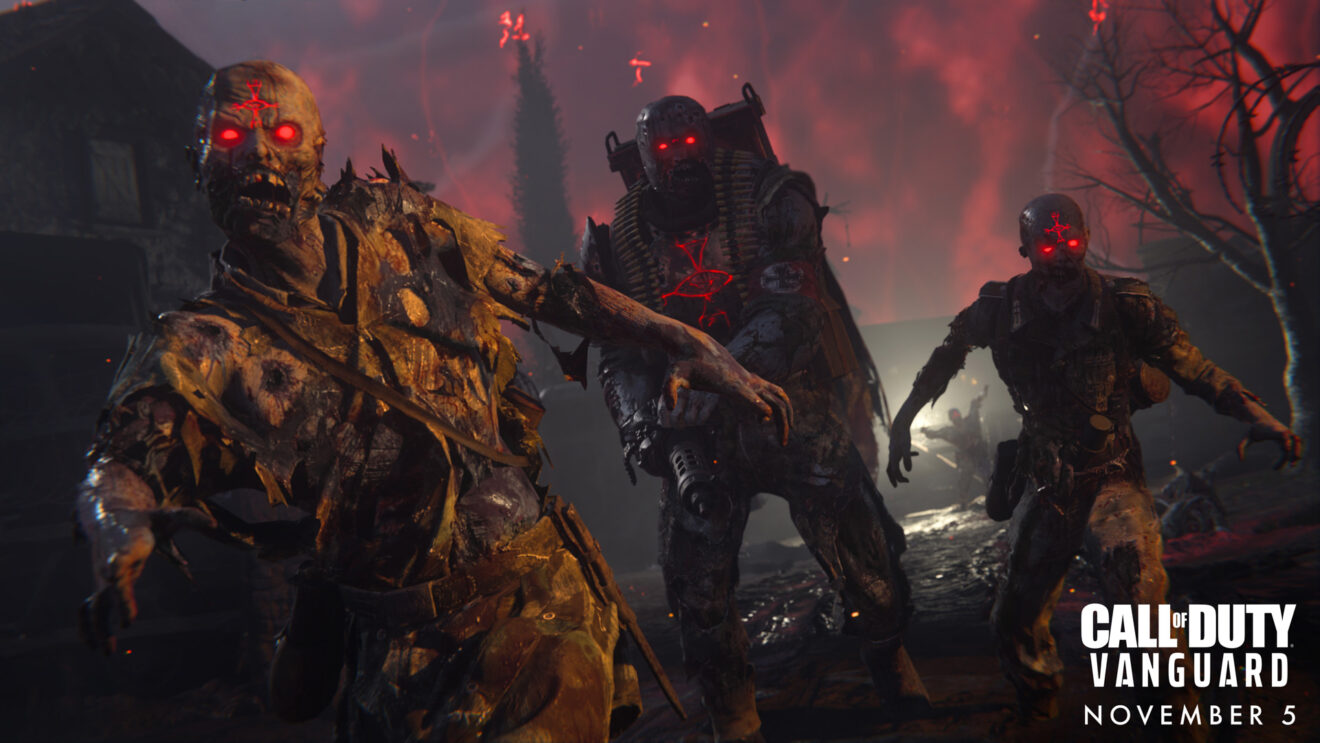 Activision has revealed Call of Duty: Vanguard Zombies with a debut trailer that brings the occult into World War II. Treyarch, the studio that originated Call of Duty’s zombies modes in World at War, is developing the mode in partnership with Sledgehammer Games.

The real-life, documented interests that the Nazi leadership had in occultism seems to serve as the backbone of Vanguard Zombies‘ storyline, called “Der Anfang.” The trailer showcases some gameplay, including the new Dark Aether skills that players can use against the undead.

A follow-up video from Treyarch gave a ton of more information about the mode itself. The art and level design leans into the horror of Vanguard Zombies, and “Der Anfang” starts a new chapter into the Dark Aether storyline.

The new Dark Aether entities are Kortifex the Deathless, Saraxis the Shadow, Norticus the Conqueror, Inviktor the Destroyer, and Bellekar the Warlock. The Vanguard Zombies storyline kicks off when an SS batallion leader, Oberfuhrer Wolfram Von List, bonds with Kortifex and gains the ability to raise the dead. Players bond with artifacts from the less evil Dark Aether entities to gain new abilities like Cross Blast and Ring of Fire and fight the undead.

Stalingrad serves as the main setting for Vanguard Zombies, and players can still purchase weapon upgrades and perks. But the new Altar of Covenants lets players exchange sacrificial hearts with one of three random upgrades. These include upgrades like Brain Rot, which turns zombies into allies, and Unholy Ground, which gives players more damage output while standing still.

You can find out more about Vanguard Zombies—including new details about weapons and challenges—in Treyarch’s “first look” video.