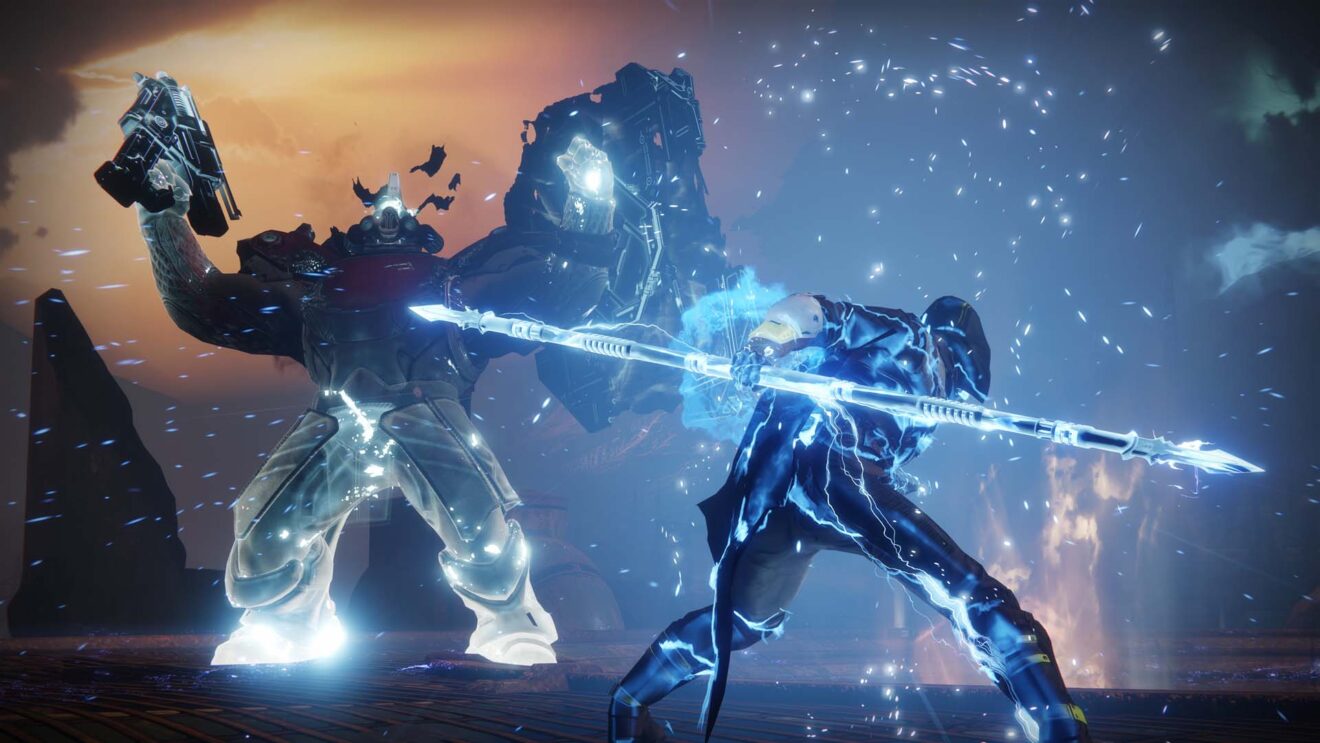 Well, Bungie went and did it. Ahead of its big showcase on August 23rd, the Destiny 2 developer has released a lengthy blog post detailing pretty much everything we wanted to know about Arc 3.0 rework.

Funny enough, the initial inspiration for Arc 3.0 was Crank 2: High Voltage, the Jason Statham vehicle whose heart is replaced with a battery, forcing him to keep moving to charge his heart or else he will drop dead. Designer Sam Dunn says that Arc 3.0 is the “go fast and hit stuff” and “hold W” class, referencing the key that PC players usually use to move forward.

One of the ways that Arc 3.0 achieves that is through its new “amplified” buff. When a player is amplified, they will move faster, have quicker weapon handling, and can slide much further, which sets up some new attacks. If you sprint for a few seconds while amplified, you will get another speed boost, as well as a “sizable” PvE resilience buff. What’s really interesting about amplified, compared to the invisibility and radiant buffs on the other subclasses, is that all you need to do to activate it is rapidly defeat targets with Arc damage.

Arc 3.0 also introduces two new debuffs that players can inflict on their opponents: blind and jolt. Blind basically makes you feel like you’ve been hit with a flashbang, creating a blinding white screen and ringing audio effect. Jolted enemies, meanwhile, send out periodic slivers of chain lightning to other nearby enemies. On top of all that, Ionic Traces will now be available to all three classes, not just Warlocks.

Bungie also detailed everything that’s changing for all three Guardian classes. Starting with the Hunter, Arc 3.0 will not only bring back the Arc Staff Super, but it will also get a new super. The Gathering Storm will let Hunters hurl their Arc staff into the ground, emitting a “damaging burst that jolts nearby enemies.” But that’s not all. After a moment, lightning strikes the staff and creates a “large damage zone around it for several seconds.” This also sends out arcs of lightning to enemies that are dumb enough to approach it.

Hunter melee abilities will include the Combination Blow, which refunds dodge energy, increases melee damage, and restores health, and the Disorienting Blow, which will blind opponents and amplify the Hunter. The three new Arc Aspects are Flow State (defeating a jolted opponent amplifies you), Tempest Strike (perform a sliding melee that launches an Arc wave), and Lethal Current (dodging increases the Hunter’s melee lunge range and their next melee attack jolts the target). Last but not least, Arc 3.0 Hunters will once again be able to Blink. It will also get a baseline buff for whichever other subclass can use it.

Changes to Warlocks don’t appear to be as game-changing, but there are some noticeable buffs and a couple of new melee attacks. Chaos Reach is back and seemingly untouched, as is Stormtrance. However, the latter will see a buff, as it combines both its old bottom and top tree behaviors in Landfall and Ionic Blink.

Warlock will get three Aspects: Arc Soul, Lightning Surge, and Electrostatic Mind. Arc Soul is pretty much unchanged, but amplified Arc Souls will have an increased rate of fire. Electrostatic Mind spawns Ionic Traces on Arc ability kills and kills on Arc-debuffed enemies. Lightning Surge is easily the coolest, if not the most practical, as it lets Warlocks who melee while sliding transform into a teleporting ball of lightning.

Titans will arguably see the biggest changes in Arc 3.0, as their new Aspects and abilities will let them get right up in players’ faces. A new Thruster ability lets them perform a Hunter-like dodge to get an initial speed boost. The Seismic strike melee will blind enemies, with the amplified version getting a radius buff. Ballistic Slam is also coming back.

The biggest change to Titan melees is the new ability, Thunderclap, which is a charged attack that can one-shot Guardians at 90 percent capacity. As for Titan Supers, Thundercrash is “practically unchanged,” but Fist of Havoc’s slam radius is adjusted and “leaves a damaging field in its wake.”

As for Titan Aspects, Juggernaut is back, which gives sprinting Titas a frontal shield as long as they have a full class ability. Knockout makes it so that “melee kills trigger health regeneration and make the Titan amplified.” Finally, Touch of Thunder buffs all of the Titan’s Arc grenades in some way.

Last but not least, Bungie gave us a sneak peek at some of the Fragments coming with Arc 3.0:

Bungie will reveal gameplay of Arc 3.0 on during the Showcase, which starts at 9 a.m. PT on August 23rd. Destiny 2 is available on Xbox Series X/S, PlayStation 5, Xbox One, PlayStation 4, PC, and Stadia.