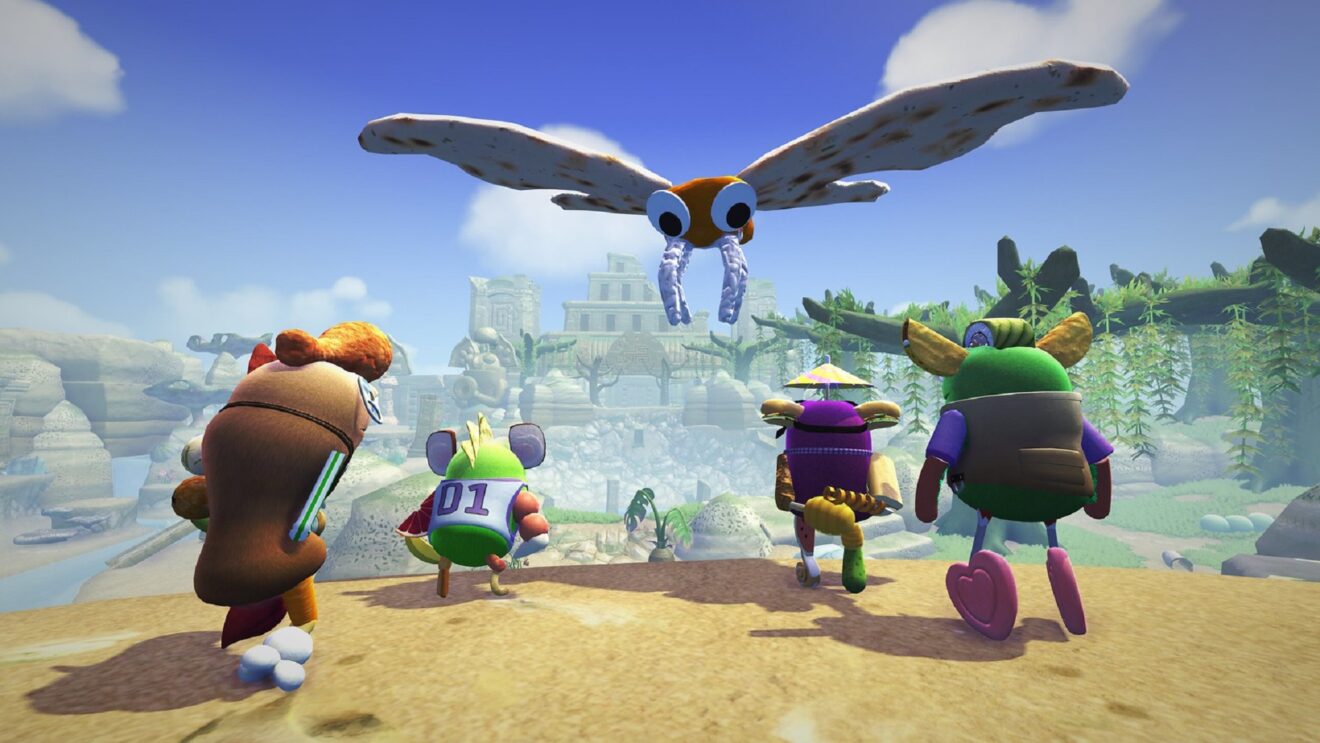 Young Horses has revealed that Bugsnax is coming to Xbox Series X/S, Xbox One, Nintendo Switch, Windows 10, and Steam on April 28th.

The game, which was released for PlayStation and PC via the Epic Games Store in 2020, sees players journeying to Snaktooth Island after being invited by intrepid explorer Elizabert Megafig. However, upon arriving, it is discovered that she has gone missing and her camp has been destroyed. Players must discover what happened to Elizabert and what the mysterious creatures known as Bugsnax are.

Also arriving on the same day on all platforms is Bugsnax‘s expansion The Isle of Bigsnax. The expansion features a main campaign with roughly 3-4 hours of new story content, new mail quests to complete for the grumpuses, a hut that can be decorated, and hats to collect for the Bugsnax.