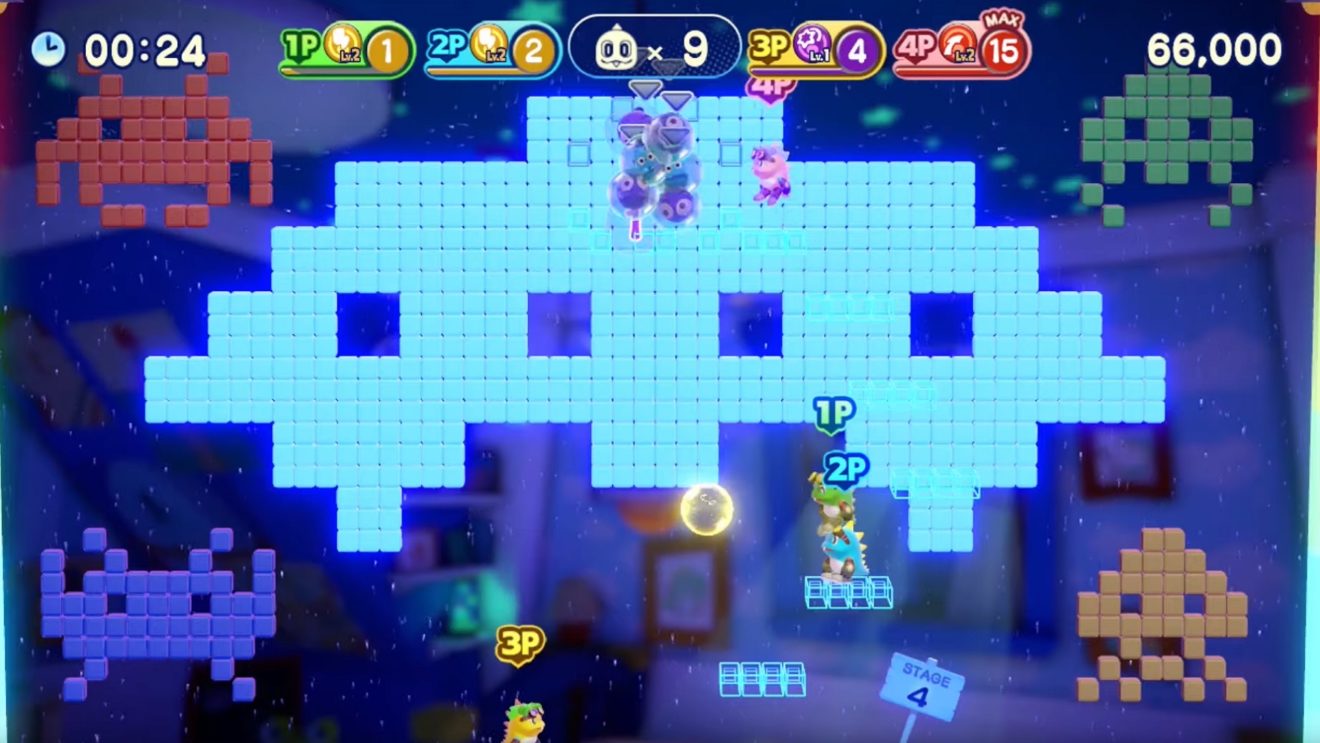 Taito Corporation, the original developer of Bubble Bobble, and ININ Games have announced that a sequel to the 80s game is coming to Nintendo Switch.

This new game, titled Bubble Bobble 4 Friends, features a single-player mode and a new four-player cooperative mode. Take a look at the upcoming sequel in the trailer below:

Bubble Bobble 4 Friends will be released first in Europe for Nintendo Switch on November 19th, with a release in the U.S.A. to follow in Q1 2020.

“Bubble Bobble is an extremely popular title in Europe, so we decided to implement a pre-sale in Europe in conjunction with ININ Games and Strictly Limited Games,” Hiroshi Uemura, Executive Officer and Division Manager of Development at Taito Corporation, said. “It is also the first internally developed title since Taito has re-entered the consumer market, and the development team is thrilled to be working on this famous IP. I deeply hope that many people will enjoy it.”

It was also announced that a Collector’s Edition of the game will be available via Strictly Limited Games.