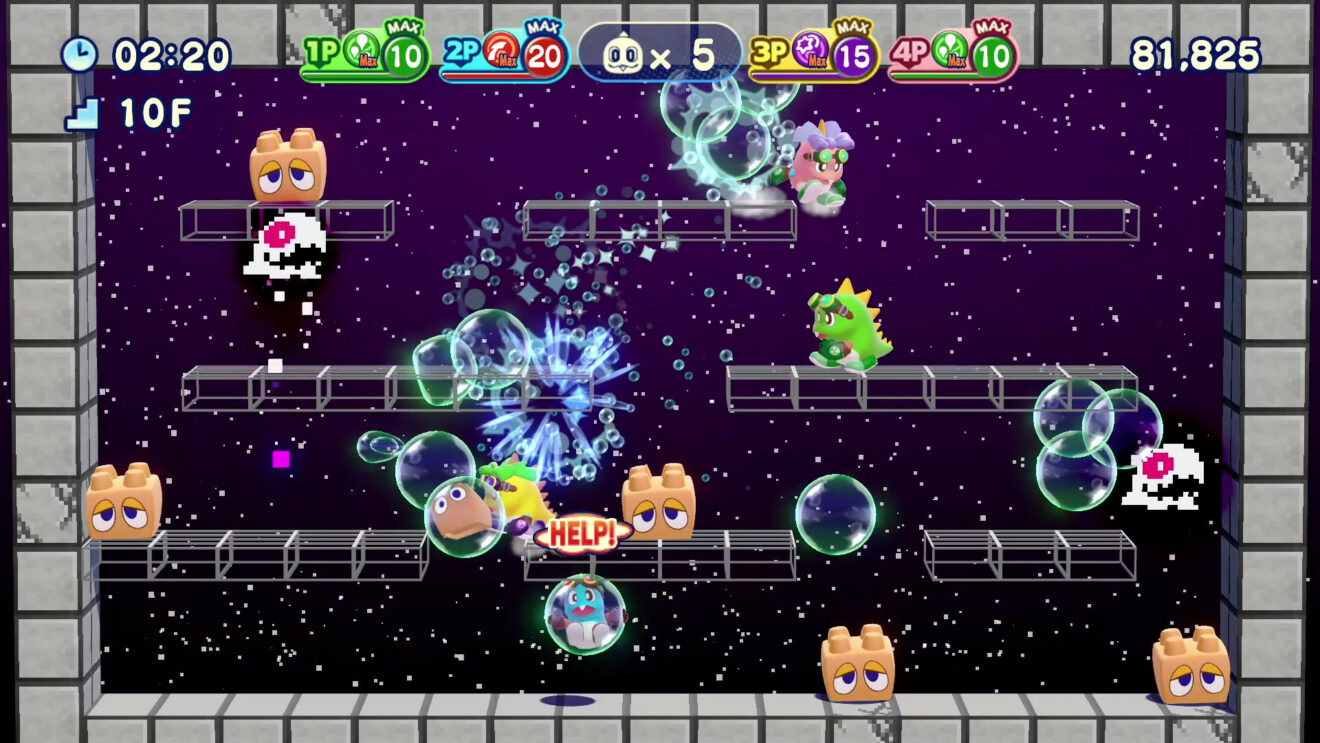 TAITO Corporation has announced that puzzle platformer Bubble Bobble 4 Friends: The Baron’s Workshop is coming to PC via Steam on September 30th.

The PC release features all of the original and downloadable content released for Nintendo Switch and PlayStation 4 as well as the exclusive new Baron’s Workshop feature. Using this new addition, players can create new stages using block types, enemies, and gimmicks that are unlocked through playing the game and then share their creations online.

The developer also revealed that the game will be discounted by 15 percent for one week after launch.