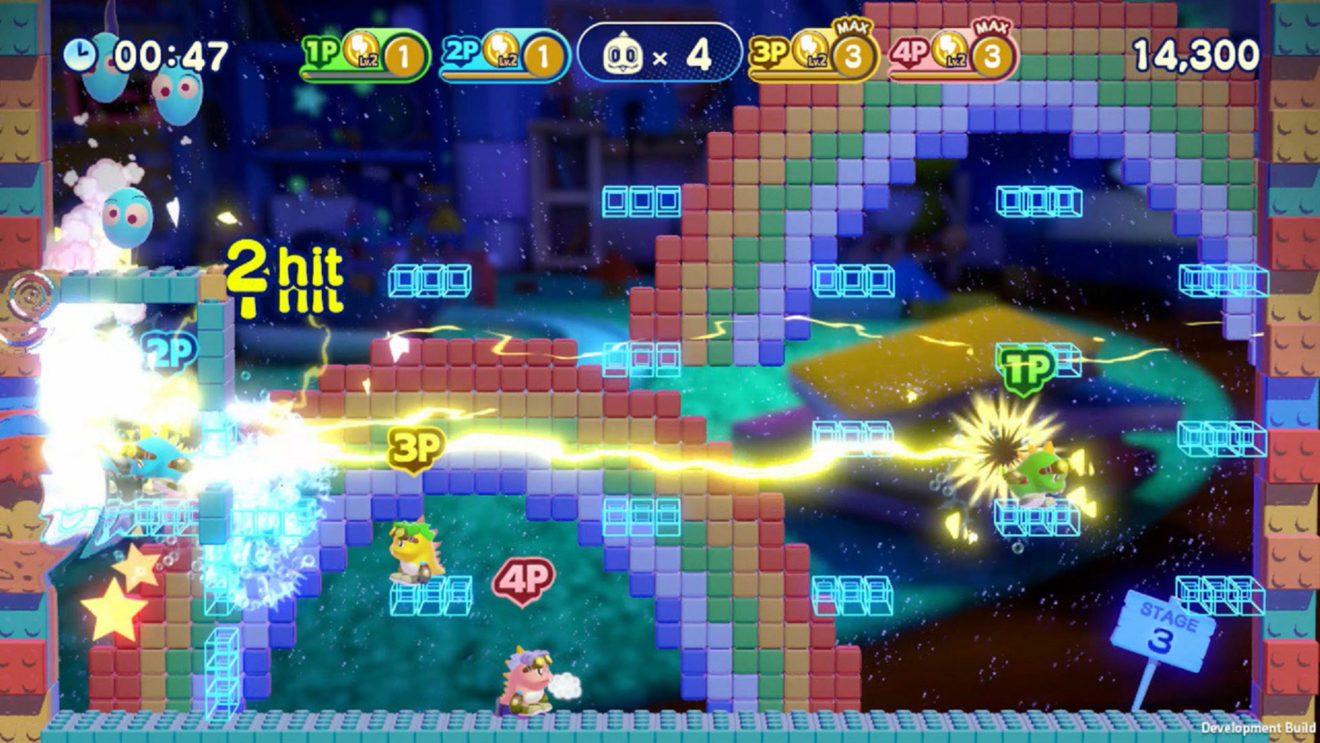 The PC release will feature all of the original content and DLC from the PlayStation 4 and Nintendo Switch versions, including the 100 Arcade of the Future super-difficult stages for a total of 200 stages. There’s also Original Arcade Mode, which is a port of the classic Bubble Bobble for up to two players with scanlines and screen ratio options.

In addition to all of the previously released content, PC players are getting a new exclusive mode called The Baron’s Workshop. This new mode lets players create their own stages using various block types, enemies, and gimmicks that are unlocked through playing the game. Players can then share their creations online through the Steam Workshop.