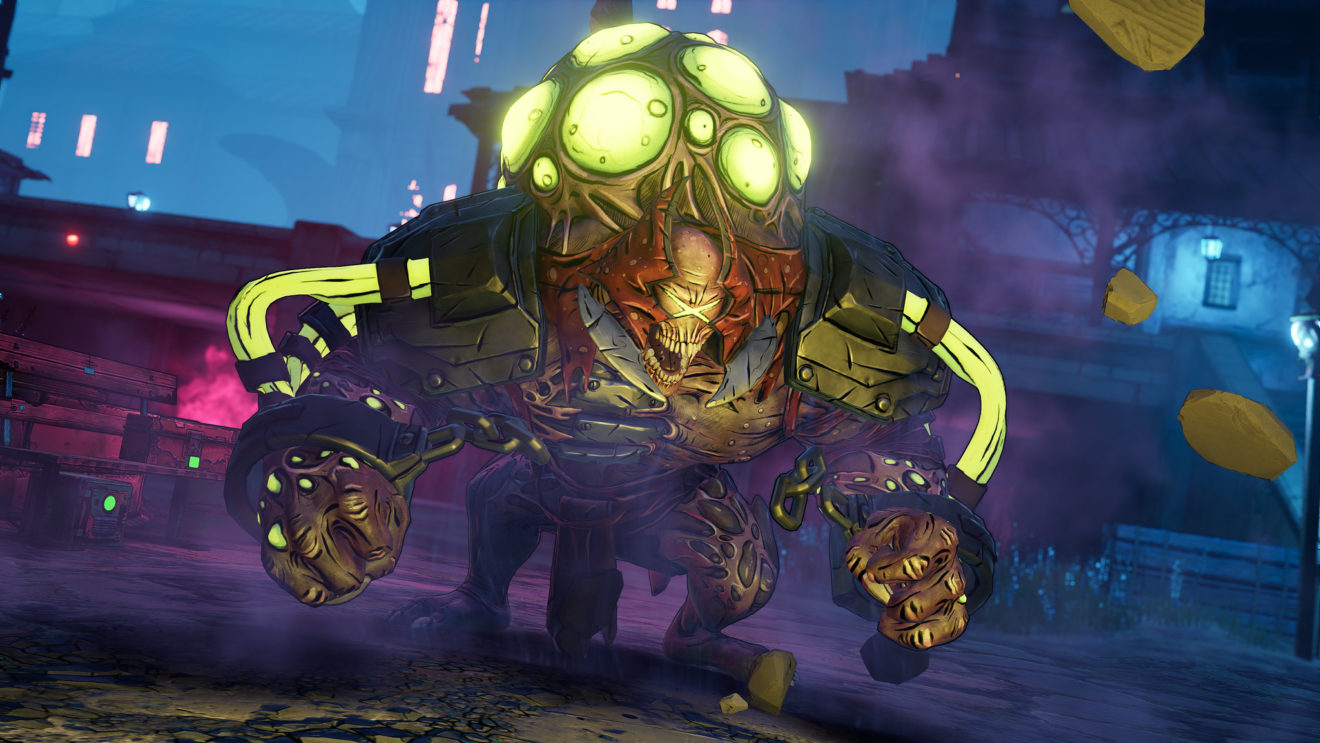 In the upcoming DLC, Sir Alistair Hammerlock and Wainwright Jakobs have decided to get married and have chosen the ice planet of Xylourgos as the location for their engagement party.

According to the developer, “the frozen wastes of Xylourgos have thinned out all but the most vicious wildlife, and the eerie town of Cursehaven where you’ve all agreed to meet is located beneath the colossal carcass of a fallen monster.”

Gearbox also revealed that Gaige, the Mechromancer from Borderlands 2, will be returning with her robot companion Deathtrap to act as a wedding planner for the happy couple.

Players will need to have reached level 13 and completed the “Taking Flight” quest to access the DLC. For new players, an option will be available when creating a new character to skip straight to the new content. Players who use this new option will automatically complete all story missions up to and included Taking Flight.