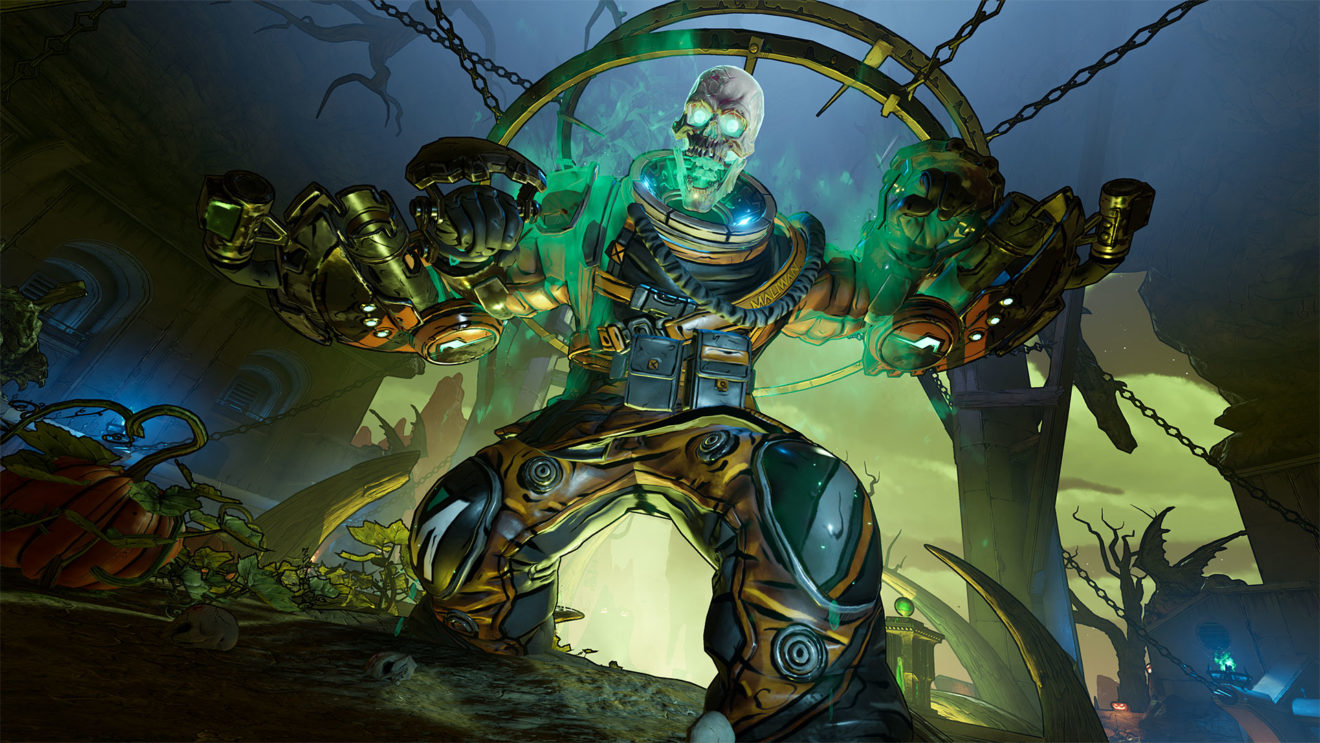 When the event goes live in October, players who have left Pandora will begin encountering Haunted enemies. Coming into contact with these new additions will inflict the Terror debuff on players, which shrouds their vision and reduces gun handling, accuracy, and speed.

Defeating these Haunted enemies will reward players with Hecktoplasm which can be turned in to Maurice aboard Sanctuary III to gain access to the new Bloody Harvest map. This new map is home to winged Rakk-O’-Lanterns that breathe fire, Maliwan goons, and Captain Haunt, and an undead version of the Maliwan heavy soldier Captain Traunt from the main campaign.

Players who brave the Bloody Harvest will be rewarded with an Echo Device Skin, a weapon trinket, a global weapon skin, and new themed skins for each of the four Vault Hunters. In addition, enemies will drop two new legendary guns, a legendary shield, a grenade mod, and new Anointed items.

The Bloody Harvest event begins in October, but an exact start date has not been confirmed.