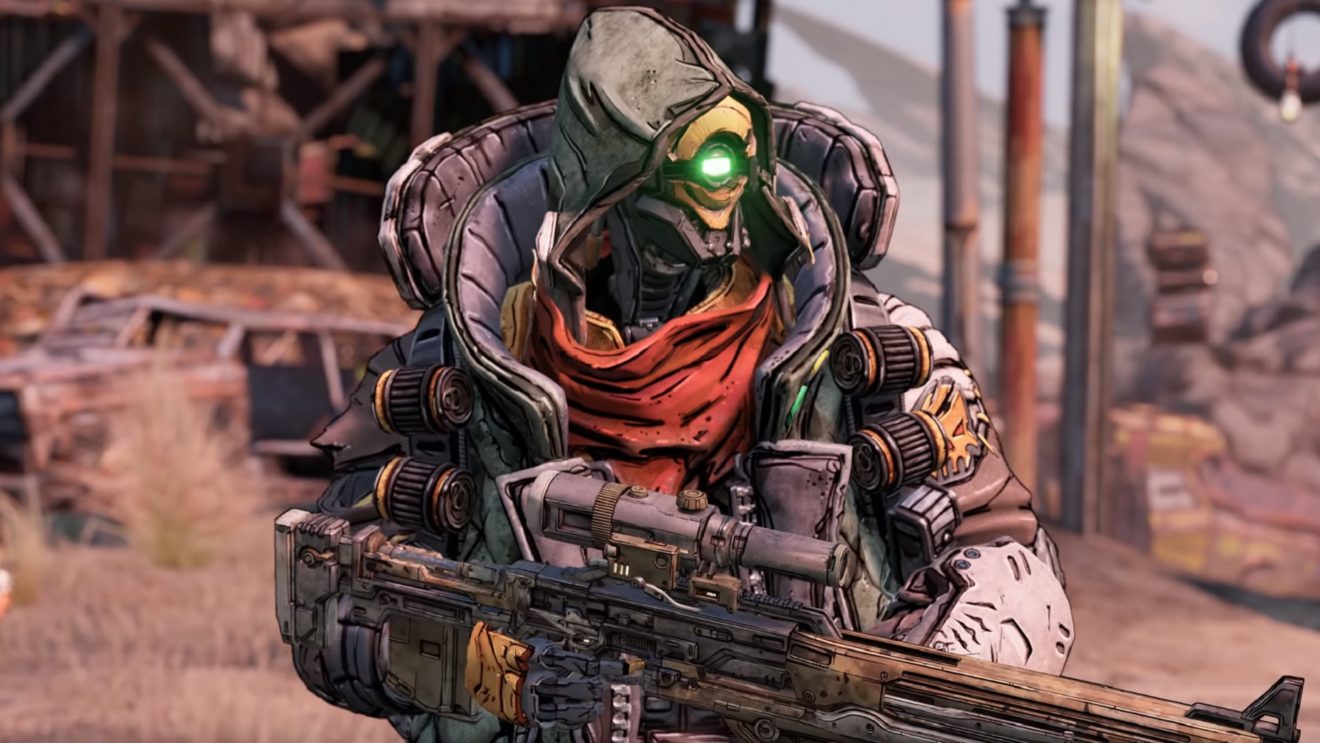 Gearbox Software has released the fourth and final character trailer for Borderlands 3.

This final trailer introduces us to FL4K the Beastmaster, who has access to various pets that will fight by their side and obey their commands. Each of FL4K’s three skill trees grant access to a different action skill and pet.

First up is the Hunter skill tree which unlocks the Rakk Attack action skill and Spiderant Centurion pet. The Rakk Attack skill calls a Rakk that will divebomb nearby enemies, while the Spiderant attacks with acidic goo and regenerates FL4K’s health while it’s out.

Next up is the Master skill tree. Master grants FL4K access to the Gamma Burst skill, which creates a rift that instantly teleports their pet to a location and deals radiation damage, and the Guard Skag pet, which buffs FL4K’s damage.

Finally, the Stalker tree unlocks the Fade Away skill and Jabber Sidekick pet. The former quickly cloaks FL4K and offers increased movement speed and health regeneration. While the latter provides FL4K with a movement speed buff and has its own gun. Read more about each of his skills here.

Previous trailers in the series have introduced us to Zane the Operative, Moze the Gunner, and Amara the Siren.