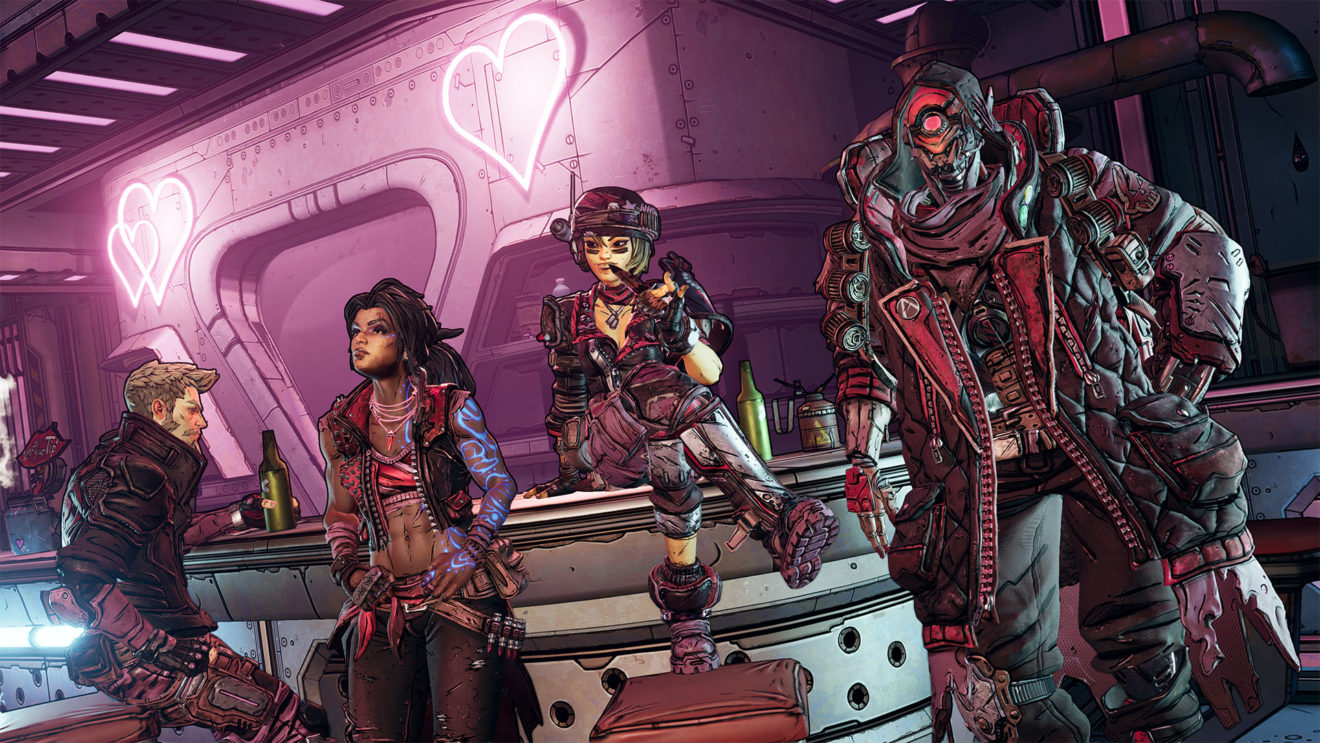 Gearbox Software has revealed a new seasonal event and shared updates on a number of features that are in the works for Borderlands 3.

To start with, the Valentine’s Day-themed Broken Hearts Day seasonal event is on the way. During the event, players will encounter floating hearts around enemies that will have a number of effects when shot, including buffing the party and exploding into loot. Players will be rewarded for destroying these hearts with legendary weapons that are unique to the event.

The developer also revealed that Broken Hearts Day will be the first seasonal event that players will be able to opt-out of. Simply select to disable the event from the main menu to enjoy the game normally.

Players will also be getting a level cap increase alongside the release of the event that will take the maximum Vault Hunter level to 53. This increase will be accompanied by three new skill points for players to spend on their builds.

Another feature that the developer is working on is the option to toggle off Guardian Rank perks. This new option is due to release later this month and will allow players to either disable individual perks or the entire system. Looking forward, the Guardian Rank system will be expanded with new perks when the second campaign add-on is released.

Gearbox also outlined a few other improvements that it is working on for the game, including the ability to skip cutscenes, performance improvements, Mayhem 2.0, and Fight for Your Life adjustments. Read more about these changes here.