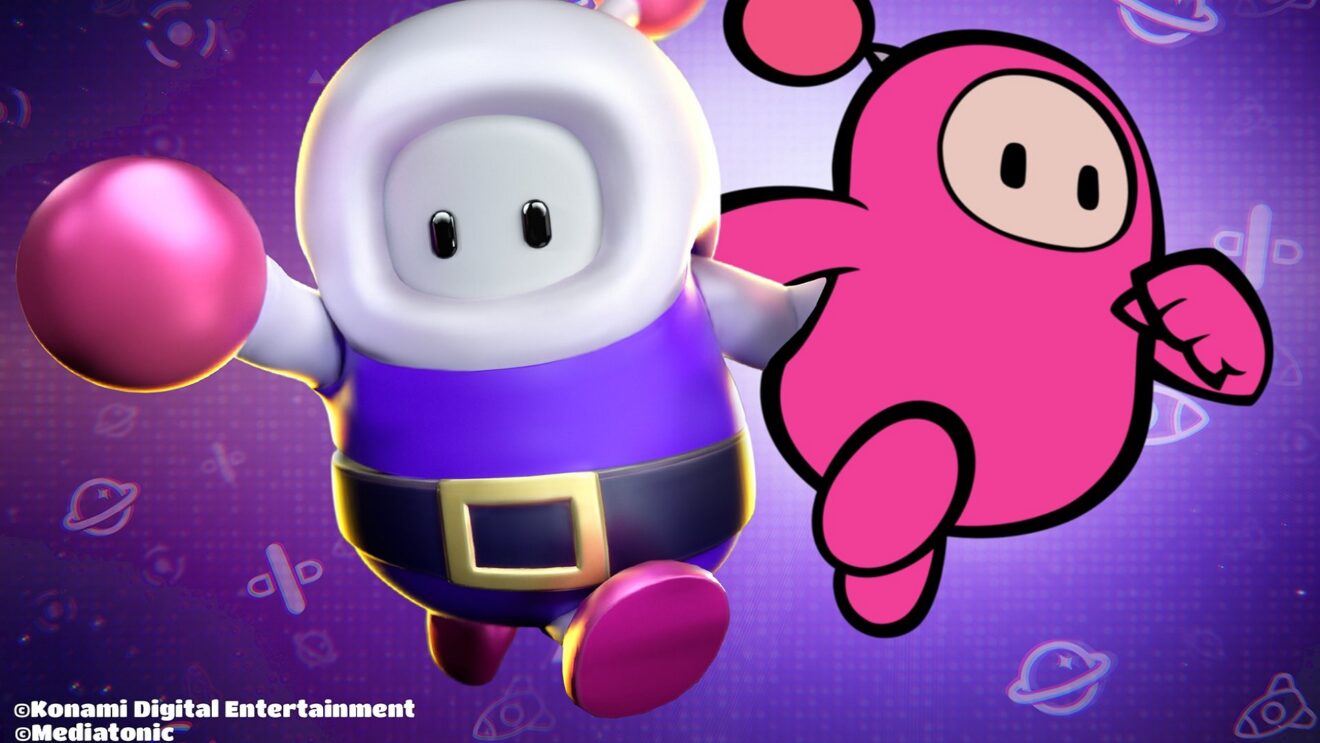 On the Fall Guys side of the collaboration, players will be able to grab the Bomberman costume for their bean. The costume will be available from the in-game store for 10 Crowns starting June 4th.

While in Super Bomberman R Online a Fall Guy bean is taking a trip outside of the Blunderdome to become a playable character. The Bean Bomber character is available to claim from today.

Super Bomberman R Online is available now on PlayStation 4, Xbox One, Nintendo Switch, PC, and Stadia and is inspired by Super Bomberman R. This new version introduces a 64-player online battle royale mode in which players are spread out across 16 battlefields, with the number of battlefields shrinking as players are defeated until a final 1v1 showdown.