Body Horror: Anatomy, Resident Evil, and the Art of Turning Buildings Into Monsters

When you spend enough time in a space, it starts to feel like a being—and not necessarily a benevolent one.

You’re never alone when you’re playing a horror game. Not really. Even when there aren’t any monsters chasing you, inducing a flight-or-fight panic, there’s always something there, a presence that hover over your every move. Sometimes it’s the ghosts you create yourself, what you think is lurking in the shadows just out of sight. Often, it’s the location itself. When treated right, the sense of place in a horror game can become its greatest monster—the foe you spend the most time facing down, and the one from which you can never escape.

It makes sense that a horror game’s setting becomes something akin to a character (much like how New York is the sassy fifth character in Sex and the City). You’re taking the time to learn the layout, getting a sense of the texture of the place. There’s a reason survival horror games memorialize their locations in the very titles of their respective franchises—Silent Hill is named after the town the main games take place in, and the “resident” in Resident Evil refers to the contained spaces you often find yourself in. But the Silent Hill games, in particular, don’t really let you linger long enough to get to know the horror of their spaces. You only truly encounter them from two different angles: normal and otherworldly. Your sense of place slowly but surely turns to mush as the two versions eventually coalesce together into nonsense. That’s part of what makes Silent Hill games so unnerving, but the constant attacks on your sense of place mean that you barely ever get to know where you’re at. Where you are never really comes alive.

When it comes to truly exploring a space for its creepy potential, indie horror game Anatomy from developer Kitty Horrorshow is a revelation. Anatomy is different from most horror games in that there are no monsters, no physical presence in the game except a creepy house and a set of cassette tapes that you must find to move the game forward. The house you’re exploring is rendered in low-polygon graphics and is very dark. But it’s the tapes that really push forward the notion that the house is a monster, using exposition that establishes metaphors for areas of the house as body parts: the living room as the heart, the hallways like veins, the basement being the darker part of the brain. As you collect these tapes, you begin to get a clearer picture of what the house would be like if it were sentient and inhabited itself as a body.

But this is only one facet of the house’s characterization. The tapes provide the body metaphor, but the act of finding the tapes is what allows you to see the house as a character as you explore its rooms and hallways. You start with the downstairs rooms and begin finding tapes in the kitchen, and then the bathroom, the garage, and so on. You begin to get a sense of the texture of the house. It’s a small, confined space, swallowed by an ever-present darkness. The dining room features a large table and a set of chairs in the center of the room, which you’ll occasionally bump into as you explore. The living room is strangely furnished, a mostly empty room adorned with only a couch and chair in the corner sitting in front of a blank television. The two biggest rooms in the house, the garage and the basement, play into the hazy darkness the low-poly graphical style bestows upon the game. In fact, the basement in particular is large enough that you could get lost down there, adding to the dread you feel as you frantically try to find the stairs.  The master bedroom features blood red walls and unsettling art, giving you a greater sense of unease. You get to know each of these parts intimately, and each one presents a spookiness all its own, which you’ll learn the more you get to know the house.

More mainstream horror games cleverly give you similar excuses to explore the structures they take place in. Resident Evil 7’s Baker house stands as one of the best examples of this as you must criss-cross your way through locked doors and clever puzzles, all the while avoiding or killing mold monsters or the members of the Baker family themselves. Because you do a lot of backtracking and revisiting areas, you start to get to know the place and begin thinking of it as a reflection of the twisted family to the point it becomes its own character—one that’s an amalgamation of the Bakers’ worst traits. You begin to dread specific locations that you go through multiple times: the claustrophobic bug-filled secret passage, the grand entry room that branches out to everywhere else in the house. And then there’s the basement, which is the first area that features a large number of the game’s Molded creatures. There’s always a natural dread when it comes to basements, but after going into the Baker basement for the first time, you’ll develop panic at the thought of having to go down there again—and later in the story, you’ll need to.

A space’s scares don’t just come from its initial presentation, though. Anatomy puts on a clinic when it comes to generating unease through the shifting qualities of its setting. It’s a game that’s built to be played multiple times, with a different experience on each playthrough. The second time you fire up Anatomy after you’ve played through it the first time, things subtly change in the house. The tape dialogue gets more garbled. The TV can be turned on. Breakable plates now line the dining room table. A door that was previously locked upstairs opens to another door. Anatomy plays with your previously gained familiarity with the house and subverts your expectations, causing you to examine the house in new ways. One memorable moment is when the house itself seemingly interrupts a tape recording to describe its annoyance at having you wander around inside it. As it describes you going through the different rooms, you can’t help but feel haunted by the description, as if someone else is slowly, threateningly making their way towards you. Just the evocation of the different locations in the house is enough to make you feel like you’re not alone.

No mainstream horror games come close to exploring the potential of a single space as thoroughly as Anatomy does, but Resident Evil 2’s police station comes close, especially as brought to life in the 2019 remake. Though you can’t definitively say it’s the most fearsome monster in the game—you don’t spend all your time there, and it has to compete for the title with Mr. X—the building still leverages your familiarity against you. After exploring bits of the station and learning how to deal with zombies, the game introduces Lickers, which can crawl on the ceiling. Suddenly, you’re hyper-aware of any and all ceilings so that you can avoid getting ambushed again, whereas before you were unlikely to pay any mind to them, instead focusing on what was in front of you. Here the remake plays with and enhances the ideas of the first Resident Evil 2, using three-dimensional space more effectively than in its predecessor. The fixed camera angles and tank controls of the PlayStation original kept your attention along a flat plane. With the free aim and behind-the-back camera of the remake, each of the police station’s individual parts, every angle, becomes fertile ground for scares.

It’s also striking how both Resident Evil 2 and Resident Evil 7 utilize pursuit to force you to reexamine their settings, creating horror in different ways. Resident Evil 2’s Mr. X appears about halfway through your exploration of the police station, and forces you into flight mode. The station rapidly takes on new dimensions as you frantically search for escape routes based on the knowledge of your first trip through. You’ll take longer paths just to avoid running into your fedora-clad stalker, and recalling the station’s layout becomes yet another source of tension, feeding into the panic that was always lurking in the background.

Resident Evil 7, meanwhile, has you running from Jack Baker, the murderous patriarch of the Baker family. The difference here is that this happens very early in the game, before you’ve even had a chance to explore the Baker house. This breeds terror in a different way than Mr. X, as you have no familiarity with the house and must get to know it while frantically running away and hiding in a gameplay loop similar to that of Alien: Isolation—a monster that knows the layout of the space better than you attempts to chase you down and murder you. Later, you can explore at a more methodical pace, but your first impression of the house is a blur as you try to find your next objective before Jack can brutally murder you. This inversion of how a location is normally introduced creates fresh terror and allows you to still have horrific discoveries after you start to explore the house properly.

It’s often said that unfamiliarity is what breeds terror, but the opposite actually proves more true when it comes to a horror game locale. Introducing you to a structure and slowly unfolding what it has to offer shows that intimacy with your sense of place can be deeply scary. By constantly betraying your understanding of a world that you thought you had a firm grasp on, you learn to fear what you already know as you reexamine pieces of that world. In a way, when you’re playing a horror game with a strong sense of place, it’s like you’re performing a grim autopsy on the game world, slowly acquainting yourself with the individual limbs and organs before you come across nasty surprises that casts the entire body in a chilling new light. 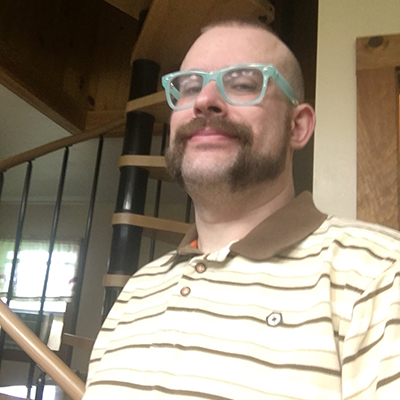 Jeremy Signor brings quality games writing from the wilds of north-central Pennsylvania. He’s been in the freelance game now for nine years. You can find his byline at EGM, Unwinnable, PCGamesN, Gamespot, USgamer, and elsewhere. He’s also a radical dude in every sense of the phrase. Follow him on Twitter @Jeremy_Writes to find out why.

Virtual Grassroots: Inside the Tight-Knit World of Competitive VR 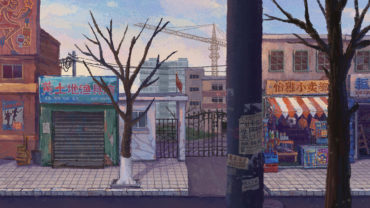 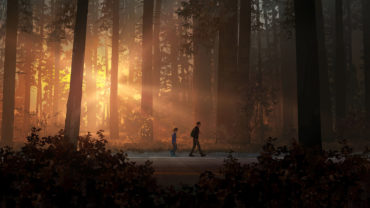 After the Storm: How Life Is Strange 2 Overcame the Pressures of Popularity