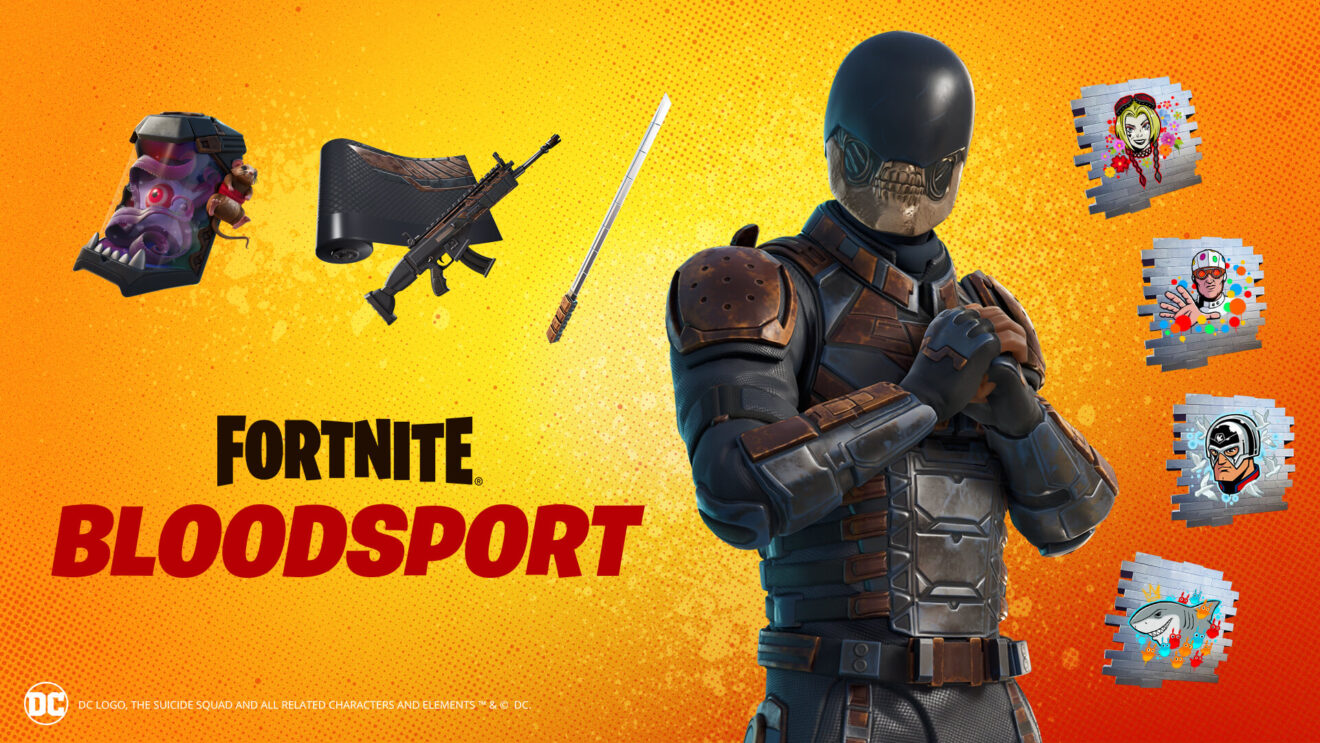 The assassin and expert marksman Bloodsport is landing on the Fortnite island tonight, Epic Games has revealed.

Players can head to the Item Shop when it refreshes later today and grab a bundle that contains the Bloodsport Outfit and Starro Specimen Back Bling, as well as four Sprays: Springing Harley, I’m a Superhero, It’s Peacemaker, and He’s a Shark. The A.R.G.U.S. Sabre Pickaxe and Bloodsport Camo Wrap are also available to purchase seperatly.

In addition to Bloodsport, Epic Games is dropping the Picky Sicky Harley Quinn outfit. Players who already own the Rebirth Harley outfit will be automatically granted this new style.

In other related news, Epic recently revealed that Cammy and Guile from Street Fighter will be joining Ryu and Chun-Li in Fortnite. The two outfits will be available to purchase starting August 7th.