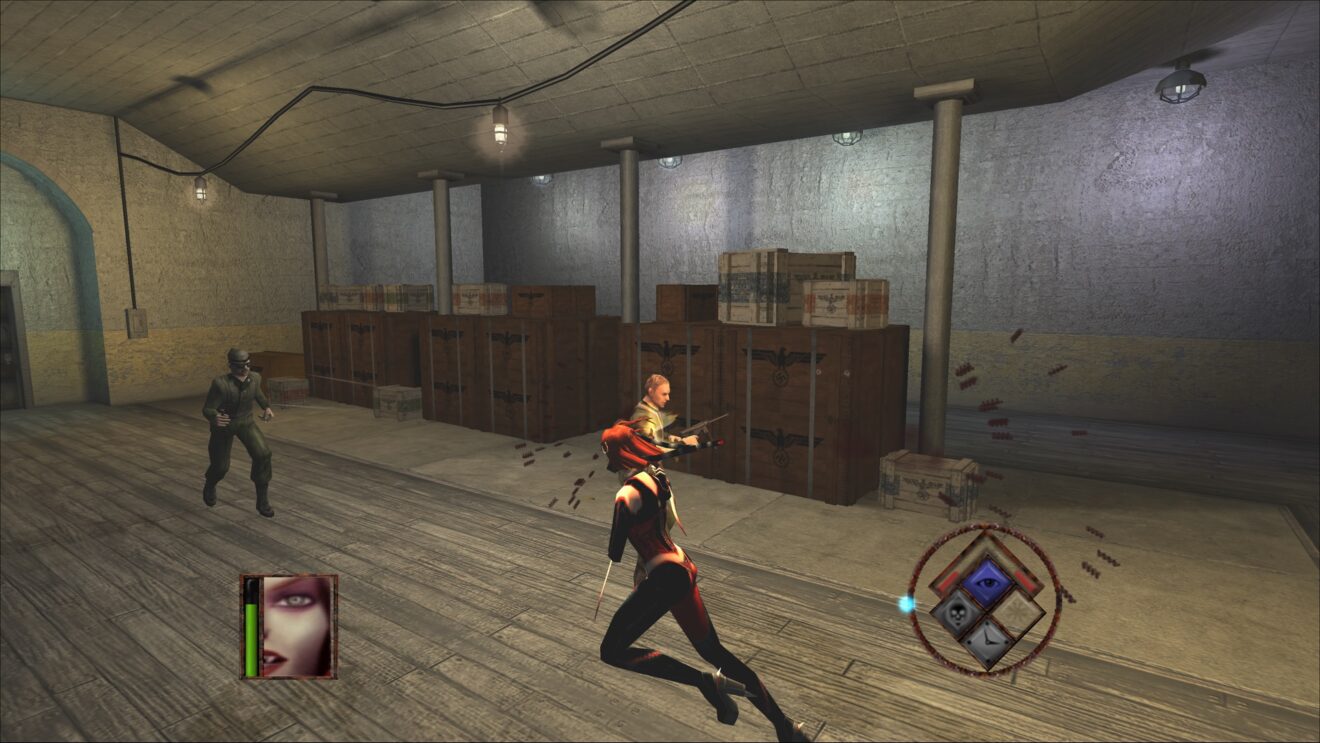 These updated versions of the original games run at up to 4K and feature upscaled cinematics and support for uncompressed original textures. There are also improvements to lighting, reflections, water, fog, and shadows.

The BloodRayne series follows Rayne, a half-vampire who is traveling the world to put a stop to the Nazis, deal with supernatural threats, and uncover more about her vampiric heritage.