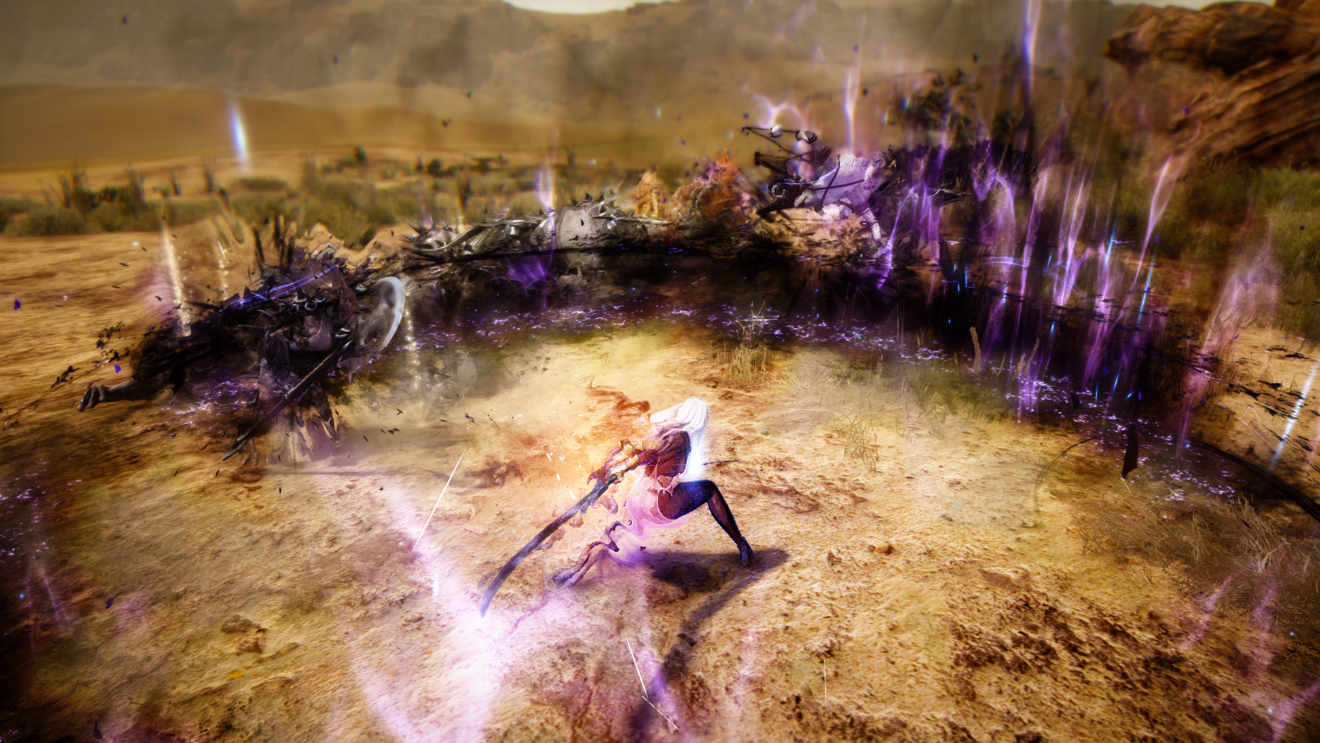 Pearl Abyss has released a massive update for Black Desert on PlayStation 4 that includes two new classes, a new region to explore, and Awakening.

Following the update, players can now Awaken all 10 character classes and unlock new skills and weapons. To awaken a character, players must reach level 56 and complete a new quest that is offered by their Black Spirit. Once completed, that character will receive a power boost and a new mythical weapon.

Today’s update also adds the Lahn and Ninja as playable classes. The Lahn is “extremely agile, with the unprecedented ability to leap and glide through the air over long distances,” according to the developer. While the Ninja is “a high-skill fighter that excels in agility, using dashes, aerial skills and teleportation to rapidly close the distance to enemies.”

Finally, players get to explore the desert region of Valencia. While in this zone, killing another player will grant a villain mark and make that player hostile to all other players in the area. When a player is killed with a mark, they will be sent to Pila Ku Prison to serve time and gain debuffs.

Black Desert is available now on Xbox One, PlayStation 4, and PC.