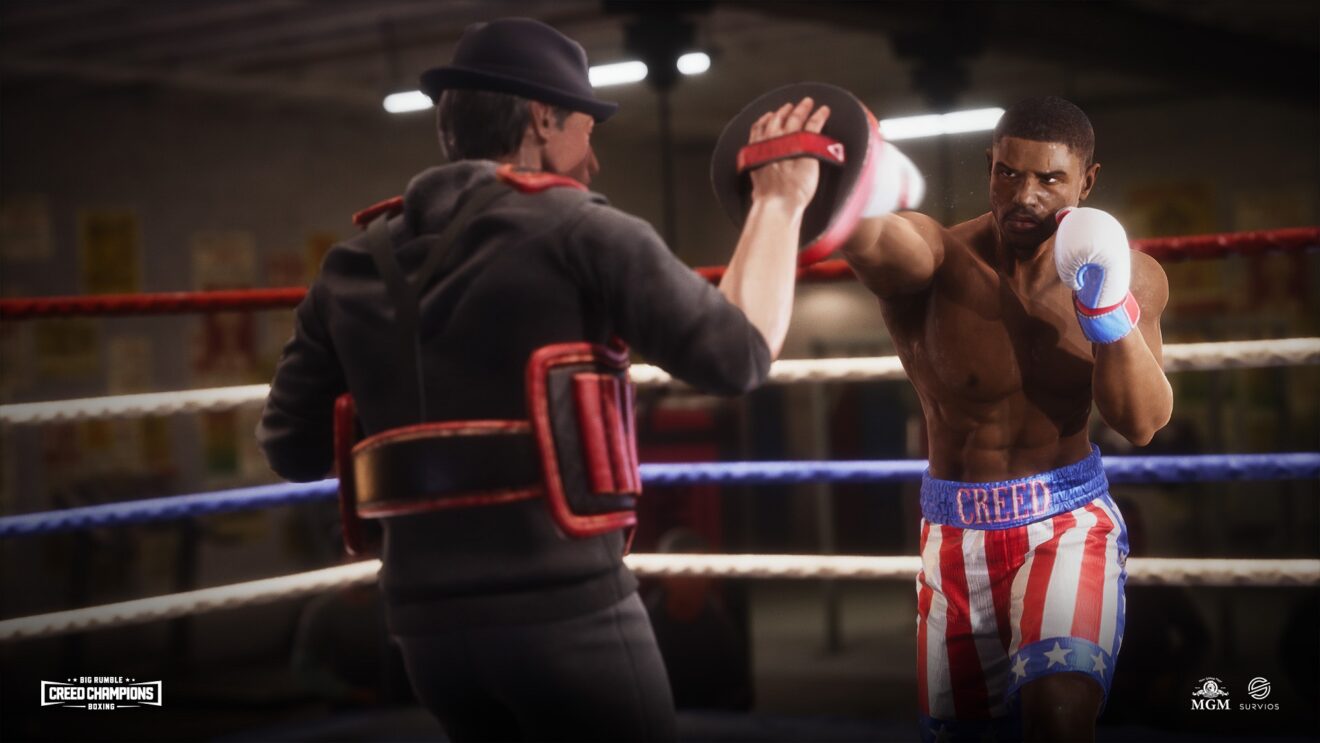 “Big Rumble Boxing: Creed Champions features intuitive, pick-up-and-play controls and robust hard-hitting boxing mechanics which are easy to learn and hard to master, providing everyone a fighting chance at being crowned the ultimate winner,” Survios added.