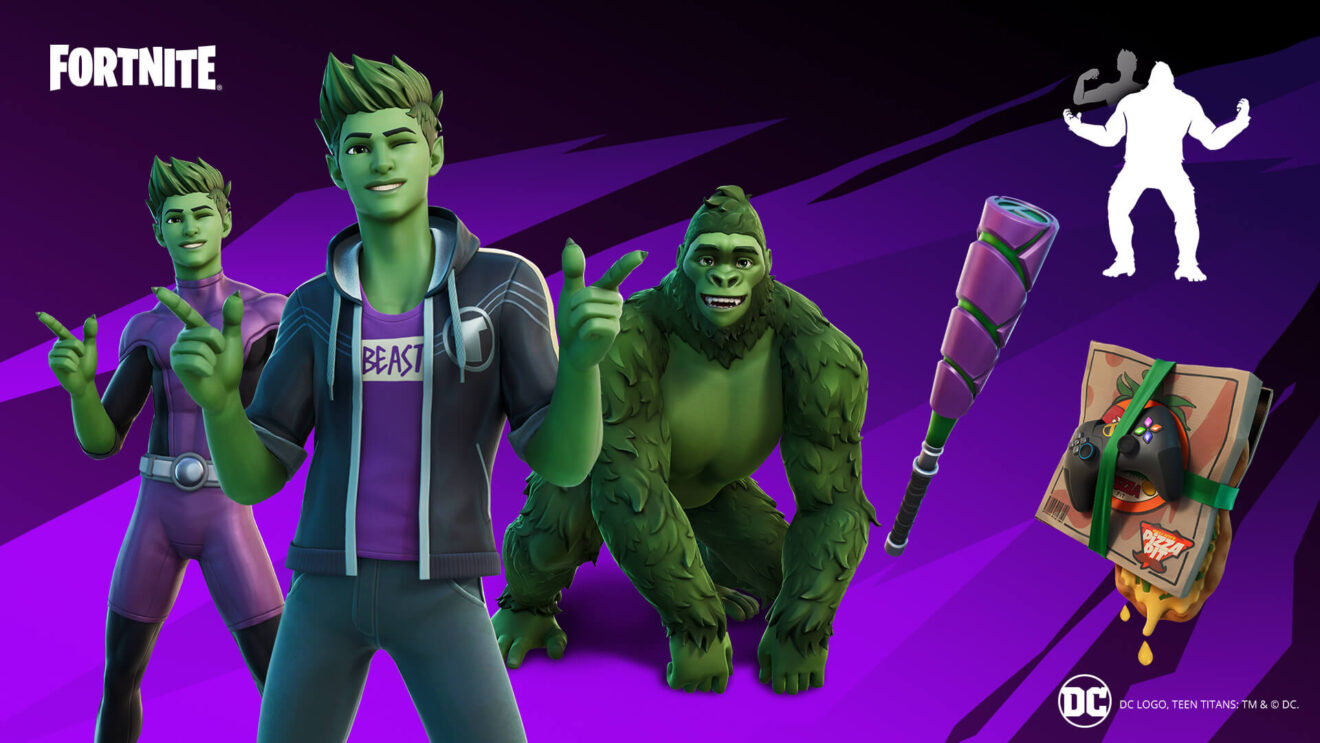 Epic Games has revealed that another member of the Teen Titans will be arriving on the Fortnite island to aid Raven later this week.

DC’s Beast Boy will be available to purchase from the Item Shop starting May 13th alongside his Couch Titan Back Bling and Beast Bat Pickaxe. Players can also use Beast Boy’s built-in Go Ape Emote to transform into his Gorilla Form or rock a more casual look with his Garfield Logan style.

The outfit, Back Bling, and Pickaxe will be available as part of the Beast Boy Bundle or as individual purchases.