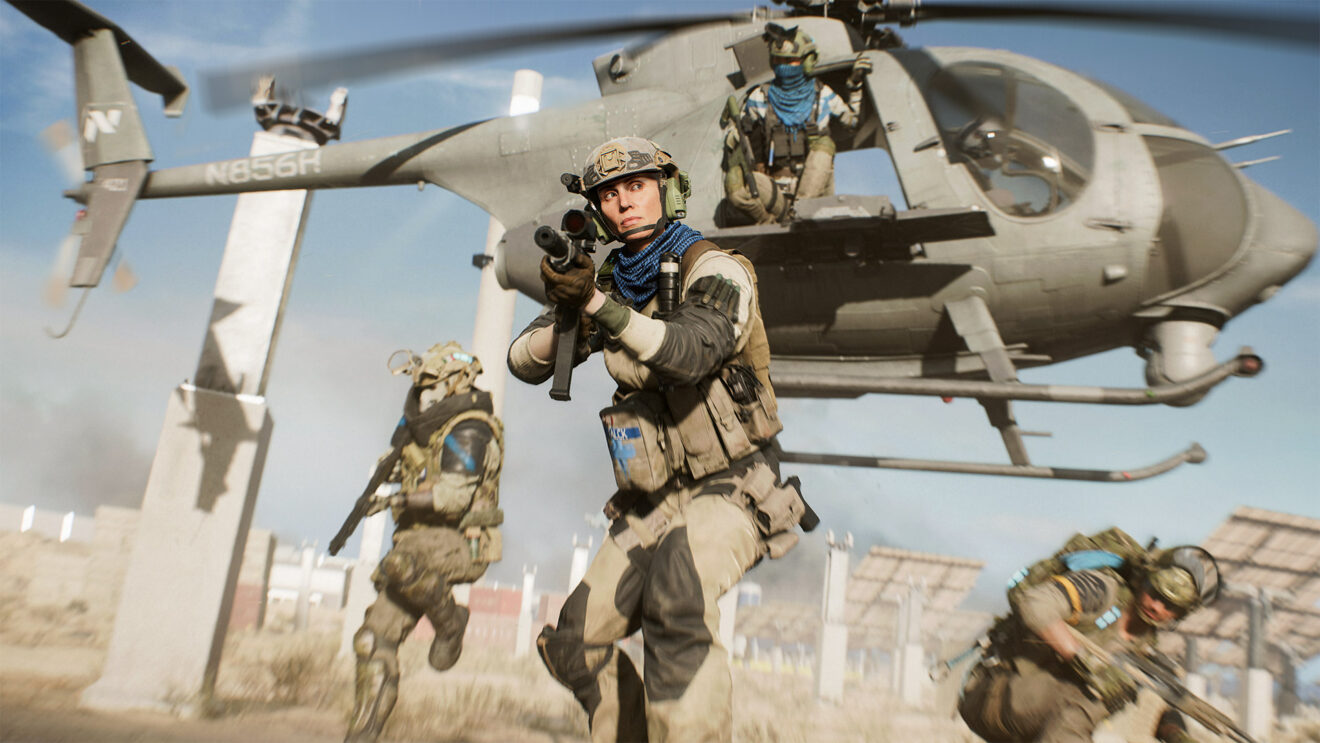 Battlefield 2042 to put controversial Specialists back into Classes

The latest Battlefield 2042 development update finally revealed DICE’s plans for its controversial Specialists, as well as more map reworks, how it will inject Portal weapons into the main game, and how much future content players can expect.

Battlefield 2042 players have been waiting to hear about DICE’s plans for its Specialist characters for months now, and the developer is finally ready to talk about it.

First off, Specialists won’t be entirely taken out of the game, and they will retain their unique gadgets like Mackay’s Grapple Gun and Dozer’s B-08 Ballistic Shield. However, they will be grouped into one of four classic Battlefield classes—Assault, Recon, Support, and Engineer—and open gadgets and grenades will be specific to certain classes, as will certain traits.

However, it appears that weapons will remain unrestricted, so it appears that this really only impacts the ability of, say, all characters to have spotting balls or rocket launchers. Likewise, these changes won’t even start until Season 3. Seeing as Season 2 is expected to begin at the end of August, that probably puts the Specialist rework launching in November.

As promised, Portal weapons will start to make their way into 2042‘s All-Out Warfare content starting with Season 2. These will be called “Vault Weapons,” and players can unlock them by completing Assignments. So far, DICE has revealed that Battlefield 3‘s M16A3 and M60E4 will be available at the start of Season 2. More will be added throughout the season and in future season. These are in addition to the brand-new weapons that DICE plans to add to the game in Season 2.

In addition to a rework of the Renewal map coming in September, DICE also revealed during its development update that it plans to launch a rework of Orbital in October. Like the other map reworks, Orbital will receive much more cover and a condensed playable area, as well as a new capture point.

Finally, DICE revealed a brief sneak peek at the new map that’s launching with Season 2. In line with a previous datamine, the new map will take place in and around an abandoned cargo ship in what appears to be a dried-up river bed. It looks a lot like 2042‘s existing Discarded map, but with a smaller playable area and a larger focus on infantry combat.

Unfortunately, DICE also revealed that future seasons of Battlefield 2042 will have a “similar amount of content” as previous seasons so that “we can focus on the quality of what we’re giving you.” In other words, going forward, fans can expect one new map, one new Specialist, a couple of new weapons, a new battle pass, and maybe a couple of map reworks with each new season. Considering one of the main complaints for Season 1 was that there just wasn’t enough content, it’s safe to say that this is less than welcome news, though the results will speak for themselves.

As per an in-game countdown, Season 2 is expected to start very soon with its reveal “right around the corner.”