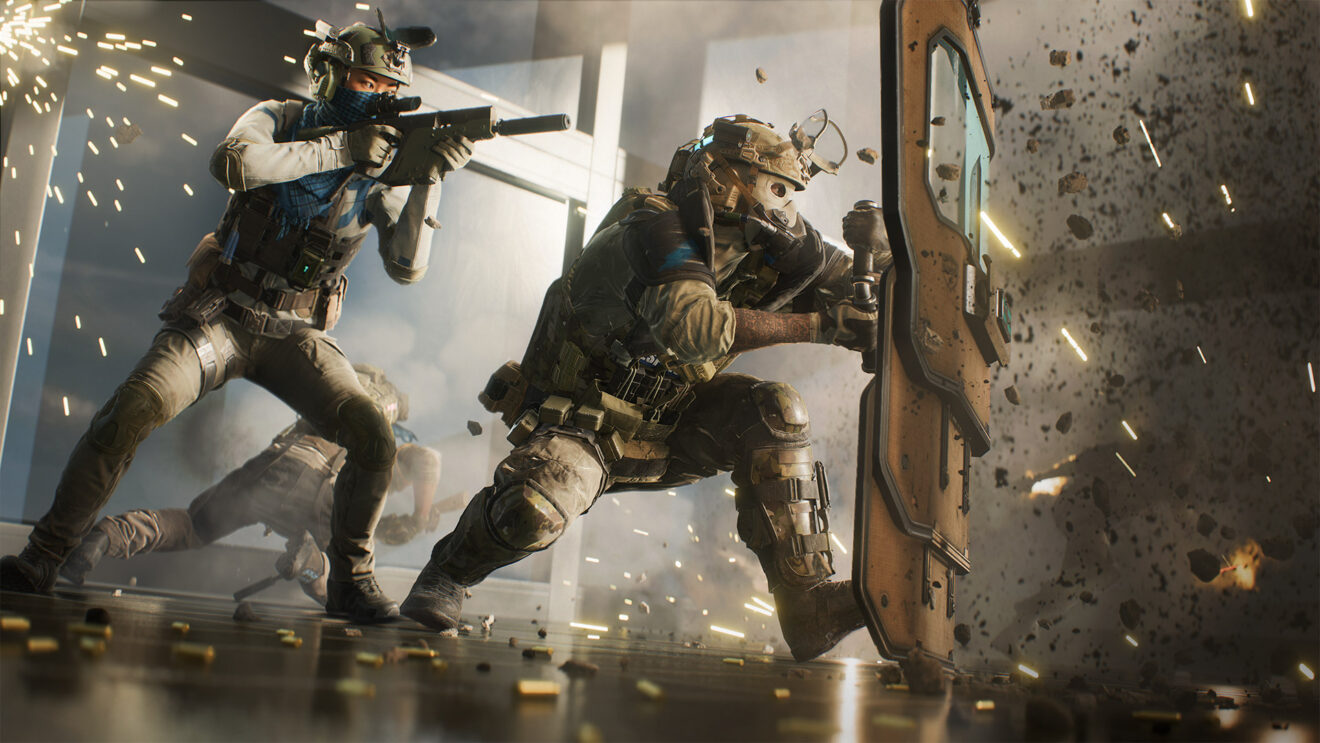 Battlefield 2042 hasn’t even left early access yet, but DICE has already instituted some major changes to the game, including adding one of its Specialists’ gadgets back into the game.

Dozer, the Specialist in 2042 whose gadget is an SOB-8 Ballistic Shield, couldn’t use his shield for the first several days of early access. That’s because a bug caused the shield to make Dozer invincible in some cases. However, DICE fixed whatever issue was causing the bug and has added Dozer’s shield back into the game.

Dozer’s shield is back in, but the proximity sensor is now out. According to the Battlefield Direct Communication Twitter account, the proximity sensor—a throwable gadget that pings nearby enemies on the minimap—was apparently causing servers to “rubber band.” DICE has temporarily disabled the gadget until the developers find a permanent fix for the issue.

DICE has also already implemented changes to the Breakthrough game mode in All-Out Warfare. In order to make the mode fairer for the attacking team, DICE added extra tickets at both the start of a match and to the amount gained after capturing a sector.

Interestingly, DICE did not implement these changes in patches to the game client itself. Instead, these are changes made to the game’s servers that DICE made on the fly. However, when Battlefield 2042 launches on November 19th, players expect a Day 1 patch to fix lingering issues.