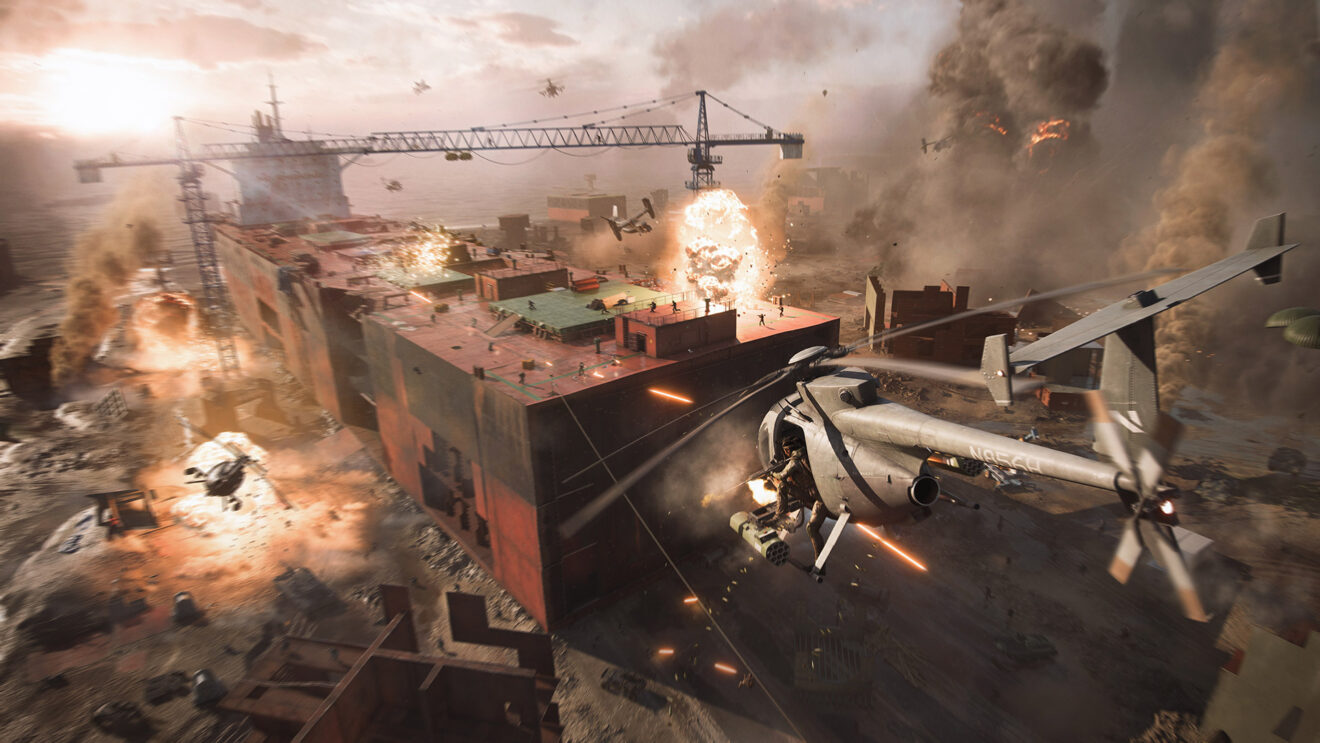 Battlefield 2042 players on Xbox Series X/S, PlayStation 5, and PC can now play 64-player Conquest and Breakthrough with other players through All-Out Warfare.

The surprise announcement came from the Battlefield Direct Communication account on Twitter. Unfortunately, the tweet states that these modes will only be available for a “limited time.”

Lead game mode designer Matt Wagner said that DICE will “see how it goes” in regards to where players spend their time between the 64- and 128-player versions of each mode. It’s possible that DICE will consider keeping the 64-player versions of Conquest in All-Out Warfare if the players spend a lot of their time there. But even if DICE removes them from All-Out Warfare, players can still host their own 64-player servers in Portal.

Xbox One and PS4 players have already been playing 64-player versions of Conquest and Rush. They won’t notice any changes.

Likewise, the fan-favorite “Rush 2042” mode will remain a featured playlist on Portal through the holidays. Portal developer Ripple Effect originally planned to replace Rush 2042 with a new featured playlist. However, the “passionate response” for the mode from the fanbase changed the developer’s plans, senior design director Justin Wiebe stated.