It’s extremely difficult to appease Batman fans, and I’m admitting right from the get go that I count myself amongst the most hardcore of them. It’s almost tradition now for every new version of The Dark Knight to suffer some backlash—especially from those of us who are as obsessed with Batman as he is with fighting crime. Fans of Bill Finger and Bob Kane’s original gun-wielding, rooftop leaping lunatic from the late ‘30s and early ‘40s hated Adam West’s camp-filled romps in the ‘60s. Those fans in turn disliked when the comics crafted a noir vibe and turned back towards some of Finger/Kane’s roots in the ‘70s with Denny O’Neil and Neal Adams’ take on the character. Frank Miller’s The Dark Knight Returns, Alan Moore’s The Killing Joke, and Tim Burton’s film version of the Caped Crusader in the 80s all had their haters, too. So, when it finally came time for me to play Batman: The Telltale Series, I was both excited and worried about what the latest take on Batman might bring to us, knowing it would be extremely difficult for me—even though I’d like to think of myself as a more open-minded fan—to come away satisfied.

Batman: The Telltale Series is best described as a transitional adventure between “Year One” and “Year Two”. What this equates to in Batman’s history for those unfamiliar with comic book parlance is that he’s taken his lumps in that first year of crime fighting, and just now is starting to come into his own as “The Batman.” It’s also when the supervillains start to show up; classic foes like Catwoman, Penguin, Two-Face, and the Joker all make their presences felt by the end of the game, along with the traditional mobsters that Batman had to deal with in his early days. The bulk of the game’s narrative, however, centers on Bruce Wayne needing to clear his family name after a new bad guy reveals that Thomas Wayne (Bruce’s father) wasn’t the philanthropist that Gotham necessarily saw him as.

Being a Telltale game, the narrative does a lot of the heavy lifting in terms of one’s enjoyment of the product—or lack thereof. And right from the start, this was a decision that started to turn my opinion sour. With writers running out of ideas now that Batman is wrapping up his eighth decade of print, the idea of questioning his origins and casting doubt on the sanctity of his purpose has been done countless times in recent years of the comics. The easiest way to do this is to attack Bruce’s parents, and I have always taken issue with this.

One of Batman’s greatest appeals is his mission; his obsession is one that we as fans mirror back onto him. He makes a vow on his parents’ graves to wage an unending war on all criminals as a child, and the fact he follows through on it and lets it dictate his life is twisted and unhealthy, but in an odd way also very pure. It’s a child lashing out against a cruel and unjust world for the love and security that was ripped away from him in a random act of violence. When you remove this, you simply have a maniac in a mask. Yes, that’s what Batman really is at his core, but you greatly lessen his appeal when you strip away one of his founding dimensions, and undo a lot of the great work that those came before had laid out. Simply put, if something isn’t broke, stop trying to fix it.

And I understand the appeal of wanting to do it. Attacking Bruce’s family also attacks his money source—Batman’s true greatest superpower. His inherited wealth has always been Bruce’s deus ex machina, allowing him to get out of more situations than I could count no matter the era. It’s like putting Superman under a red sun; it’s a classic comic book gimmick to take our hero out of his comfort zone. Sometimes it works, and sometimes it doesn’t. But when your powers are so closely tied to your origin like Batman’s are, it’s more apt to blow up in your face.

One thing Telltale did do a fantastic job of, though, was trying to pay homage to a lot of great Batman media over the years. The font in the title graphic evokes memories of Batman: The Animated Series, and the superb voice acting from this cast is on par with the legendary voices from that groundbreaking series. Although still well within the parameters of Telltale’s signature cel-shaded art-style, Two-Face’s design is largely based on that seen in Christopher Nolan’s The Dark Knight, and Penguin’s feels more akin to what we’ve been given on FOX’s Gotham. And, several gameplay elements like Detective Mode—more on that in a bit—borrow from Rocksteady’s Batman: Arkham games. One other element that Telltale touched on from the Batman: Arkham series is taking a previously-established comic book canon character and trying to pass them off as a new villain. The worst of it, though, is this character was never a Batman villain to begin with.

This leads us to the main villain of the story, a new character dubbed Lady Arkham, which I will try to refer to as vaguely as possible to avoid giving away her true identity. Even with my distaste for the Thomas Wayne bashing, the first two episodes of Batman: The Telltale Series were actually quite compelling. When Lady Arkham reveals her true self in episode three, the series takes a marked turn for the worse. I don’t know if it comes from Batman’s license holders at Warner Brothers, or if there’s just a general fear of introducing new villains into the Batman universe outside of the comics, but the disappointment at the revelation of Lady Arkham was even worse than when we all realized within the first 15-minutes of playing Arkham Knight that our foe was Jason Todd. At least, at that point, he was a villain in the comics.

Lady Arkham’s true identity was always a close ally of Batman/Bruce Wayne, and twisting her like this felt like it was just cheap shock value for us hardcore fans who never suspected her because of our familiarity with the character. If Telltale had created an entirely new character with Lady Arkham, keeping her network seemingly as powerful as Batman’s and as long-standing as Bruce Wayne’s—but minus the preconceived notions from her true identity’s long history in Bat-media—I think she and her Children of Arkham could’ve been a welcome addition to the Rogues Gallery (in the same way Talon and the Court of Owls was a few years ago, and Ra’s Al Ghul and the League of Assassins was in the ‘70s). As is, she feels like a throwaway character used simply to establish Telltale’s new universe while not wasting any of the classic villains, thus weakening the entire story arc as a whole.

The series also takes a turn for the worse on the technical side of things starting around her reveal. Telltale’s game engine continues to show its age, and does so markedly as this series progresses. The first couple of episodes are mostly glitch-free, but by the time we reach episode five, the choppy cutscenes, dropped audio lines, and general lag after decisions are made make finishing the game almost a chore. I understand that Telltale prides itself on its products coming out on every playable device imaginable. At some point, however, the studio needs to take some of this licensing money and invest back into tech that is optimized for modern consoles, and stop giving us this lowest common denominator garbage.

From a gameplay perspective, the bulk of the game remains around Telltale’s iconic choose-your-own-adventure multiple-choice scenes that change character interactions and dialogue depending on the decisions you make. Some additions we haven’t seen before in a Telltale game, and some that are even exclusive to Batman: The Telltale Series, were included here, though.

Detective mode, the special lenses that paint the world in a blue hue and allows Batman to recreate crime scenes, makes an appearance here. Similar to the Batman: Arkham games, examining clues will help Batman figure out what exactly happened in and around a crime scene, and piecing things together properly will help him decide what to do next on a case. Telltale also smartly allows you to link clues together this way to make it feel more like you’re actually solving the puzzle yourself. You also use Detective mode before certain ambushes, allowing Batman to plan out how he wants to clear a room before starting the quicktime button-mashing fest that helps him to defeat thugs unscathed. It’s just different enough from the Arkham games, but it still feels very much like you’re Batman while using it, and was a pleasant surprise.

Unlike a lot of other Batman projects, this game also does a great job of balancing life as Bruce Wayne and Batman. Whereas the Bruce Wayne parts of most movies, TV shows, and even comics can lean towards the mundane, the sequences here were just as intense and action packed as those where you’re dressed as Batman. Sometimes, they were even more difficult, since you don’t want to give away your secret identity. I loved the idea of there being branching paths, and you can even choose to confront certain individuals as either Batman or Bruce Wayne, which results in the dialogue obviously changing drastically. I only wish there were more of these choices as well as more Detective mode sequences, with it feeling like there was only maybe one per episode of either of them.

Batman: The Telltale Series had a lot of potential. There were some clever ideas, and some nice tribute Easter eggs to Bat-media of the past. Unfortunately, they aren’t enough to overcome aging, glitch-ridden technology and some weak narrative decisions in a narrative-centric experience. Therefore, it’s now time for me to try to find some Bat-Telltale repellant and see if I can’t get this game off of my bat-addled brain. 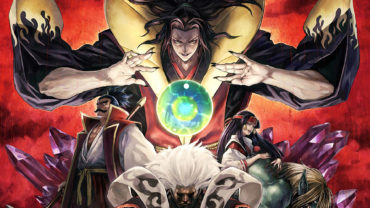