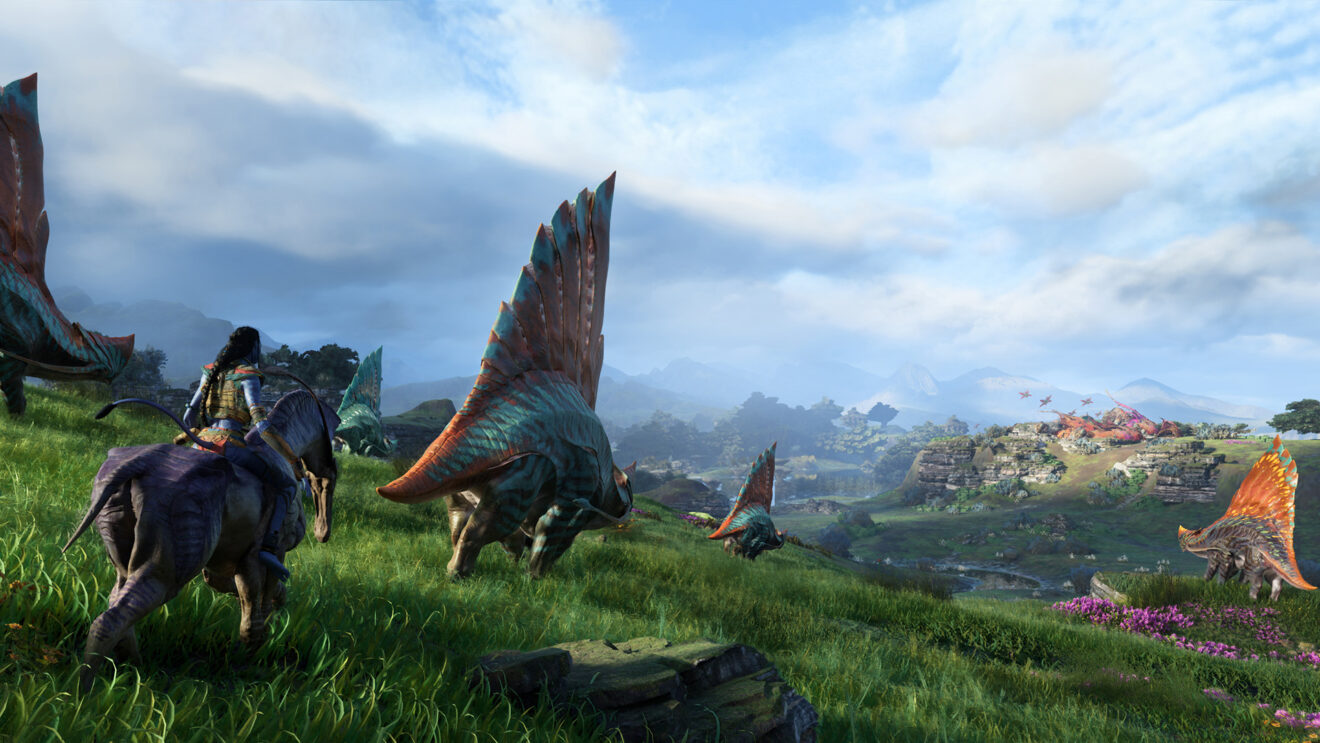 When Ubisoft unveiled Avatar: Frontiers of Pandora during its E3 Ubisoft Forward showcase, we only got a brief glimpse into the open-world game inspired by the world of the James Cameron movie. We still don’t have a ton of details on how the game will play or the story, but a newly released trailer sheds a bit more light on the tech that will be powering the game.

The new dev diary highlights the technical upgrades developer Ubisoft Massive has made to its Snowdrop Engine, which has powered games like The Division 2 and Mario + Rabbids Kingdom Battle. Since Frontiers of Pandora is only releasing on the new generation of consoles (and PC and Google Stadia), Ubisoft Massive is making some substantial improvements to the engine’s visual capabilities.

Real-time ray tracing will be a big factor thanks to Pandora’s bioluminescent plants and animals, GPU-driven visibility testing will allow for lush jungles brimming with plants, and a volumetric cloud system will make the sky look more realistic as you soar across it on your banshee.

While it’s not really on display in the footage we’ve seen so far, one of the most interesting upgrades may wind up being the improvements to AI. Ubisoft says the NPCs in Frontiers of Pandora will actually understand key elements about the world they’re in, like the weather, time of day, and the player’s current progression. If this factors into more than just, say, slightly different dialogue lines, it could help the world feel much more reactive and alive.

Avatar: Frontiers of Pandora is due out on PlayStation 5, Xbox Series X/S, Windows PC, and Google Stadia in 2022.