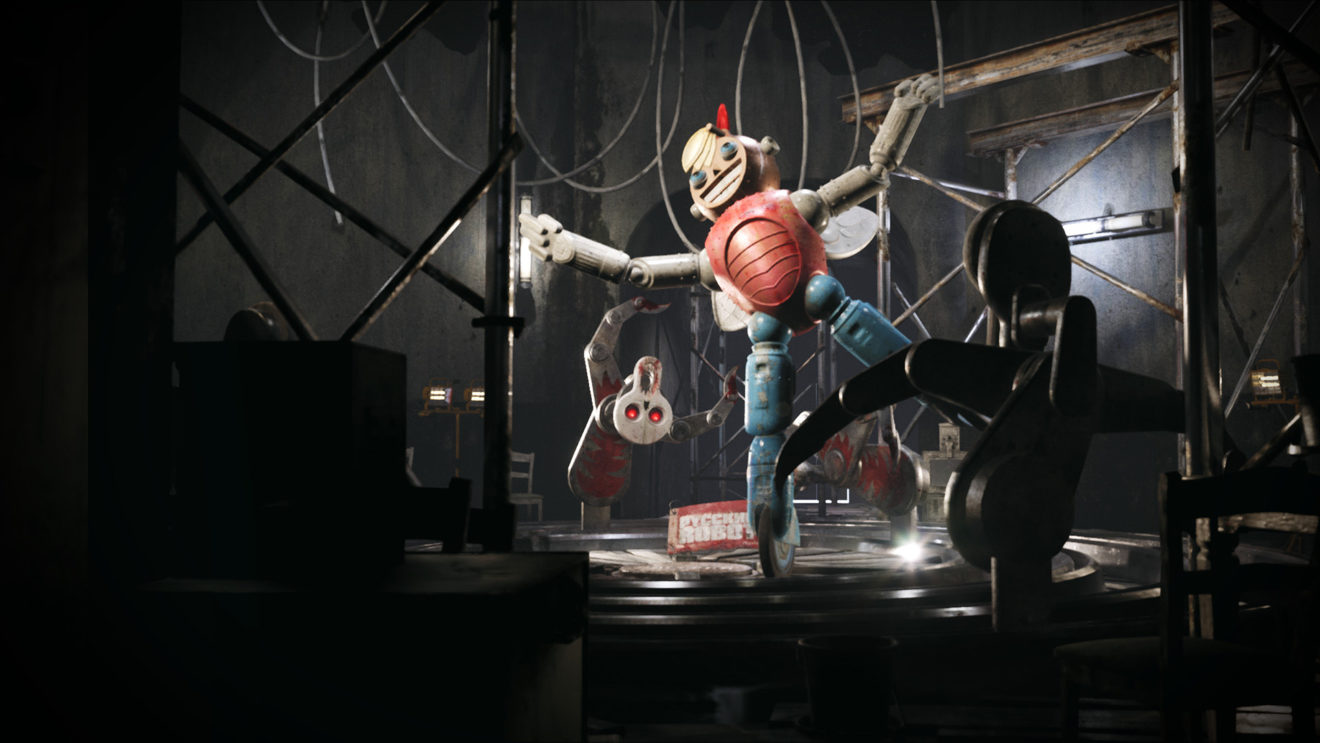 While the news at the end of the trailer—the game will be coming to PlayStation 5 and Xbox Series X—is likely to grab the most headlines, the entire seven-minute video is worth a watch. (You’ll want to turn on the English captions, unless you’re fluent in Russian.)

Remind you of anything? If you had some flashbacks to Arkane Studios’ 2017 Prey, you’re not alone. The new miniboss on display, Plyush, is a mass of organic material and jelly that looks and moves a lot like Prey‘s Typhon aliens, though obviously with quirks of his own. The even more direct parallel, however, is the soundtrack. Atomic Heart composer Mick Gordon brings some high-intensity electronic music to the demo—and if you’ve forgotten, he was the man behind Prey‘s soundtrack, too.

Beyond superficial similarities, the video also reveals plenty of new details about how Atomic Heart will actually play. In addition to Plyush and a generic white android, we also see a new type of enemy: a plant creature that emits clouds of spores and dive-bombs through the air.

Weapon-wise, P-3, the player character, starts out wielding a gun, but the combat in the video is actually carried out with a never-before-seen melee weapon. It’s a sort of sledgehammer made of spinning saw blades that can be powered up for a special attack, which shoots out said saw blades while also electrifying them.

We also see the P-3 use a fairly unsettling implant: tendril-like wires that shoot out of his left palm. He plugs in a little red-and-white capsule to recover health—looks like you’ll be relying on pickups, rather than any regeneration. At one point, he also uses the implant to shoot out a small burst of electricity, which animates a robotic vacuum cleaner that steamrolls a group of enemies for him.

Last but not least, we get another look at the game’s creepy setting, which channels Soviet aesthetics to imagine an alternate universe where the U.S.S.R. developed advanced robotic technology. The demo unfolds in a fictional version of the (very real) VDNKh, an amusement park, museum, and exhibition space originally built to highlight Soviet accomplishments. While the designs aren’t quite as inventive or unsettling as those in the debut trailer from a few years back, it’s still an enticing world, one that looks to be refreshingly different in its inspirations from most games.

Atomic Heart doesn’t yet have a release date, but it’s coming to PlayStation 5, Xbox Series X, PS4, Xbox One, and Windows PC.