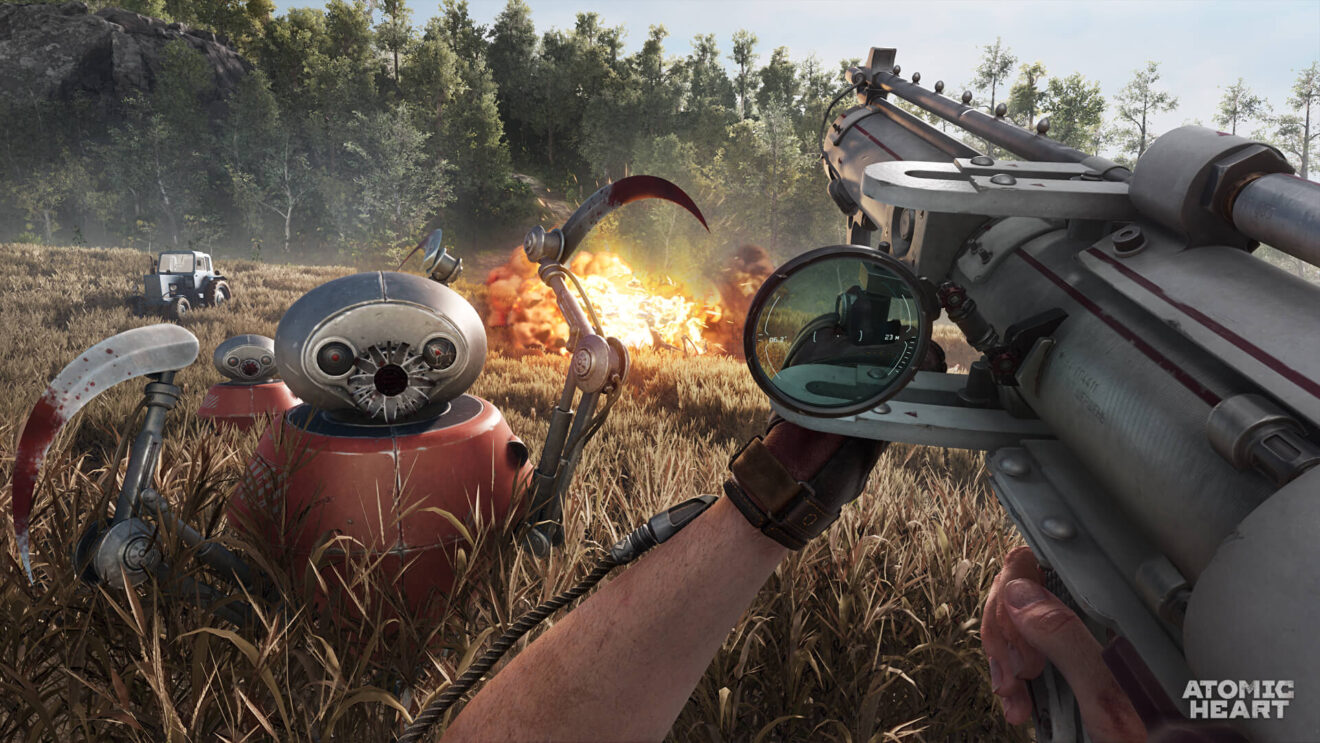 The highly anticipated Atomic Heart finally has a solid release window, thanks to a new and extensive trailer. That being said, the trailer reveals the release window in the most excruciating way possible.

The trailer actually gives us a much better idea of what kind of game Atomic Heart will be. While we’ve seen gameplay before, the latest trailer shows us a lot more of the story setup and introduces several more characters and terrifying, robotic enemies.

We also got a brief glimpse of the game’s RPG system, which will let players upgrade P-3, the KGB special agent that’s been called in to deal with a robot uprising in the alternate-universe USSR. The trailer confirmed that there is indeed crafting as well, so it appears you can either build or enhance Atomic Heart‘s nasty-looking arsenal.

One of the highlights of the trailer, however, is the soundtrack. If you couldn’t tell just by listening to it, legendary composer Mick Gordon—whose credits include Doom 2016, Doom Eternal, and Wolfensteins The New Order through The New Colossus—is doing Atomic Heart‘s music.

Finally, the trailer reveals the release window (in an excruciatingly drawn out segment) as “#######ber 2022.” On the one hand, we really wanted to know the release date. On the other hand, we have to give Mundfish credit for giving us a solid release window—the last third of 2022—without making promises they can’t keep.

Finally, the Xbox trailer reminds us that Atomic Heart is coming to Game Pass day one for Xbox Series X/S, Xbox One, and PC. However, the game is also launching on PlayStation 5, PlayStation 4, and other PC platforms.