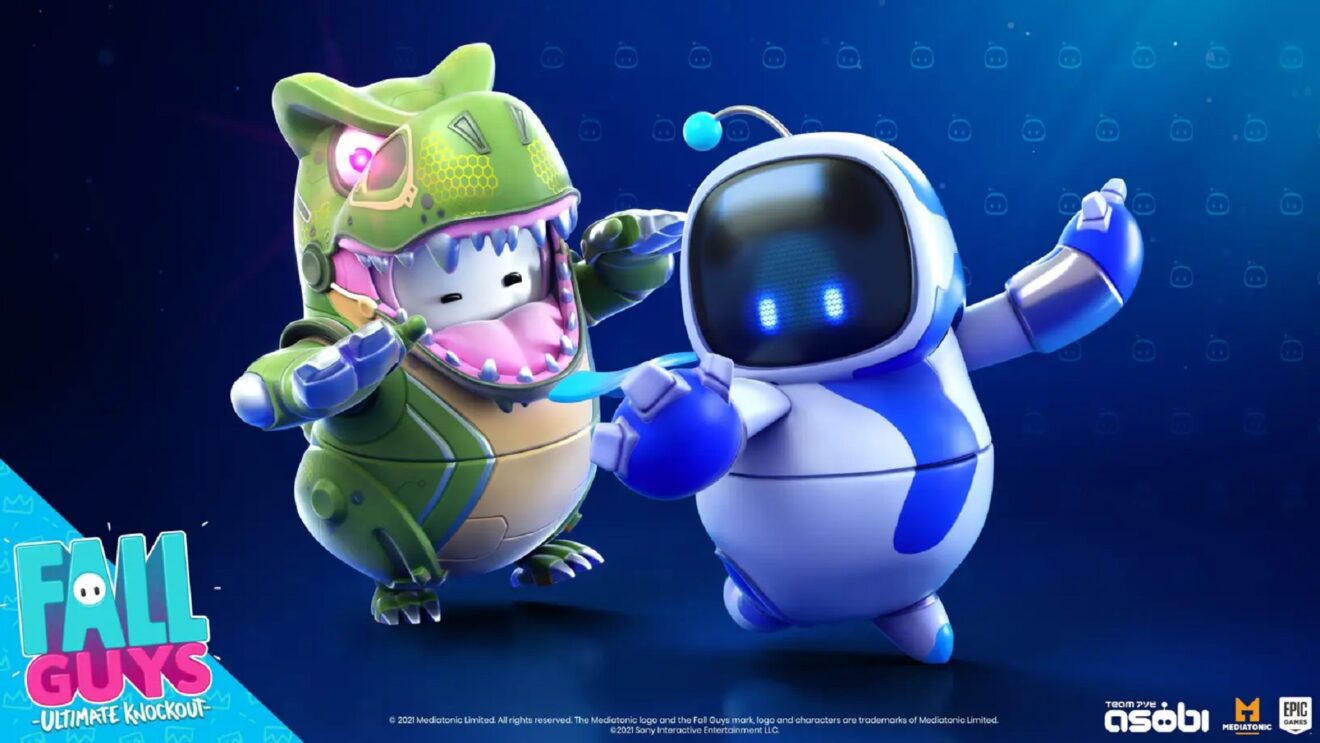 Mediatonic has revealed that Sony’s Astro Bot is heading to the Blunderdome later this week.

Starting March 8th, Fall Guys players can take part in the Sweet Thieves event to earn the Astro Bot costume and some associated cosmetics. Complete a series of challenges to earn points and unlock the following:

In addition to Astro Bot, the T-Rex costume will be available to purchase from March 10th through March 13th for 10 Crowns (Five for Upper and five for Lower) from the store. The Sweet Thieves event comes to an end on March 13th.