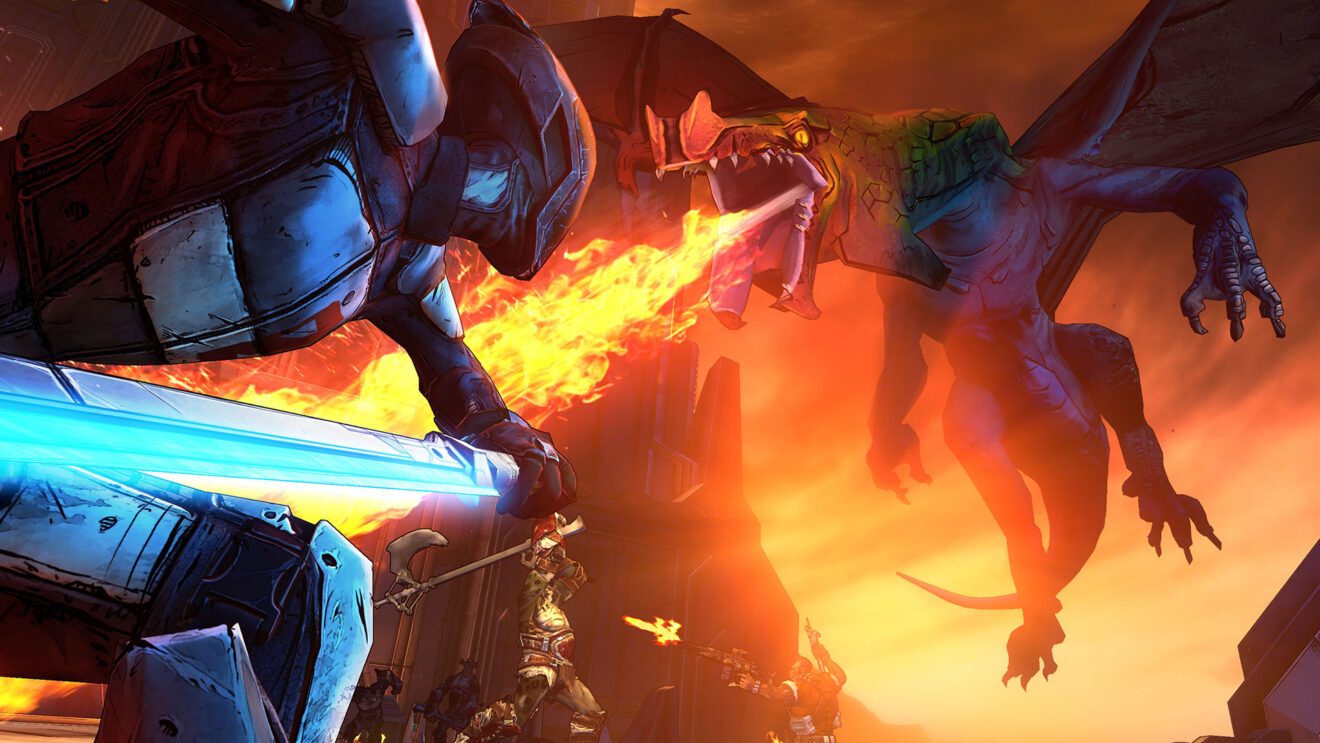 That universe, of course, is a Dungeons & Dragons–inspired role-playing world imagined by the Borderlands series’ volatile Tiny Tina. Like in Wonderlands, Assault on Dragon Keep sees Tina serve as dungeon master in an adventure that mixes fantasy role-playing with shooty Borderlands gameplay.

Here’s the official rundown of what to expect, courtesy of Gearbox:

Tiny Tina’s Assault on Dragon Keep: A Wonderlands One-Shot Adventure features all of Borderlands 2’s uniquely powerful Vault Hunters—Axton, Maya, Salvador, Zer0, Gaige, and Krieg. All six are playable from the start, letting you jump straight into the action. Each Vault Hunter also has a new cosmetic Vault Hunter Head to collect in addition to their usual duds!

That’s not the only added content, either. You’ll find plenty of new toys to play with, including Kite Shields that push enemies back when broken, Loot-a-pults that launch random loot across the map, and even a couple of fan-favorite BL2 missions transported into the world of the Wonderlands.

There’s a new (launch? relaunch?) trailer summing up what Assault on Dragon Keep has to offer, too.

Tiny Tina’s Assault on Dragon Keep: A Wonderlands One-Shot Adventure is out now on PlayStation 4 and Xbox One (and playable with backward compatibility on PlayStation 5 and Xbox Series X/S), as well as PC via Steam and the Epic Game Store.

That last launch platform brings an additional surprise, as you can claim the standalone DLC for free on the Epic Game Store until just before 8 a.m. PT (11 a.m. ET) on November 16th. That’s not a very long window, so you’ll need to act fast if you want to pick it up.