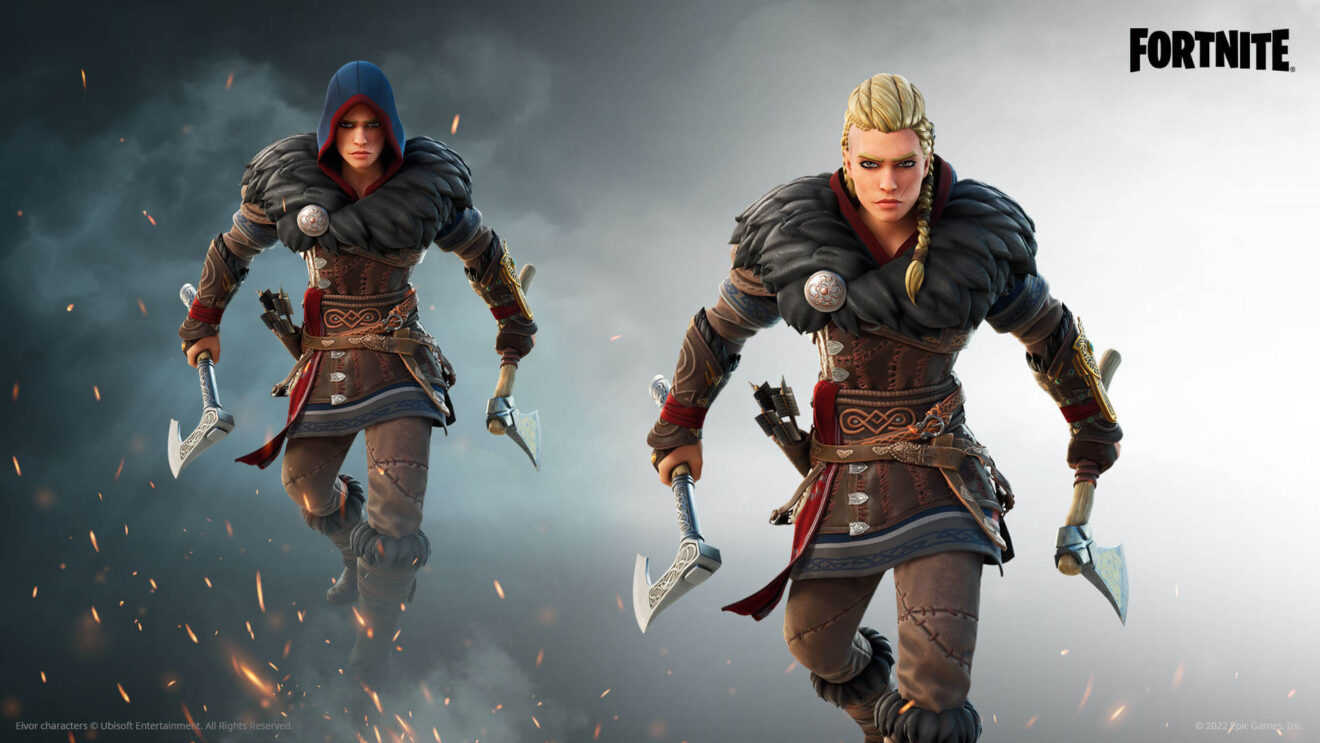 Epic Games has revealed that Eivor Varinsdottir from Assassin’s Creed Valhalla will be joining Ezio Auditore in Fortnite soon.

On April 7th, players can head to the Item Shop and purchase the Eivor Varinsdottir Outfit with its included Cloaked alternate style, Eivor’s Shield Back Bling, and Raven Clan Pickaxe. Also available is the Wolf-Kissed Longboat Glider. Both the pickaxe and Back Bling include the Viking War Cry Built-In Emote, which will bang them together.

The same day will see the arrival of the Ezio Auditore Outfit and its included Hidden Blade Pickaxe in the Item Shop. Previously, the only way to get this outfit was by purchasing Assassin’s Creed Valhalla through the Epic Games Store.