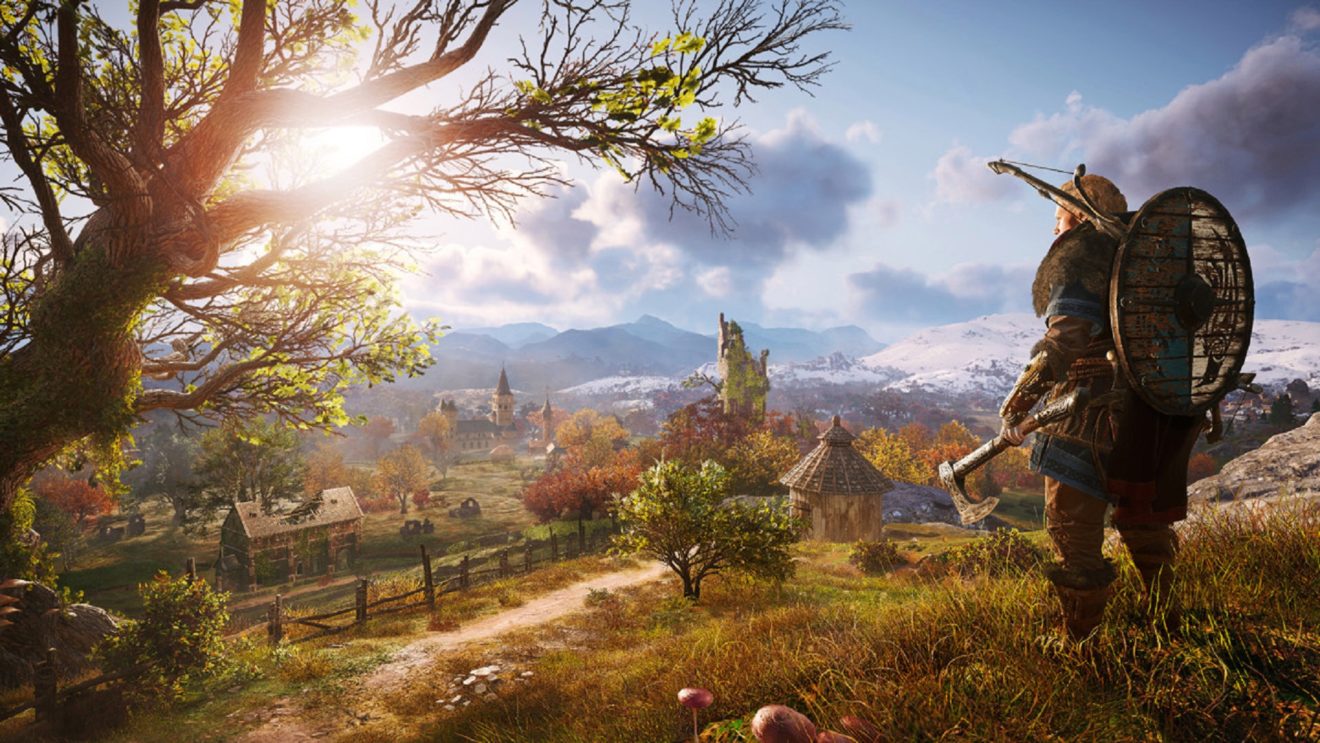 The upcoming entry is set during England’s Dark Ages and puts players in control of Eivor, a fierce Viking warrior who leads a clan or Norse people across the North Sea to England to escape war and dwindling resources. Players will be able to choose if Eivor is male or female and customize their character.

After landing in England, the Norse people found a settlement that can be upgraded throughout the game. Players can customize this settlement by building upgradable structures, such as a barracks, a blacksmith, a tattoo parlor, and more, which will unlock new features and quests.

Another new addition is the ability for players to lead raids against Saxon troops and fortresses located throughout England to boost their settlement’s resources. According to Ubisoft, these raids “will be more action-packed and brutal than anything Assassin’s Creed has seen before.”

“In Assassin’s Creed Valhalla, nearly every decision you make will have lasting effects throughout the world,” Ubisoft added. “Violence won’t be your only tactic for getting what you want; a silver tongue can be as effective as a steel sword when it comes to finding a home for your people. Shifting England’s balance of power and expanding your influence through diplomacy will likely make you more friends than brute force. Every political alliance you build, combat strategy you employ, and dialogue choice you make will alter your journey.”