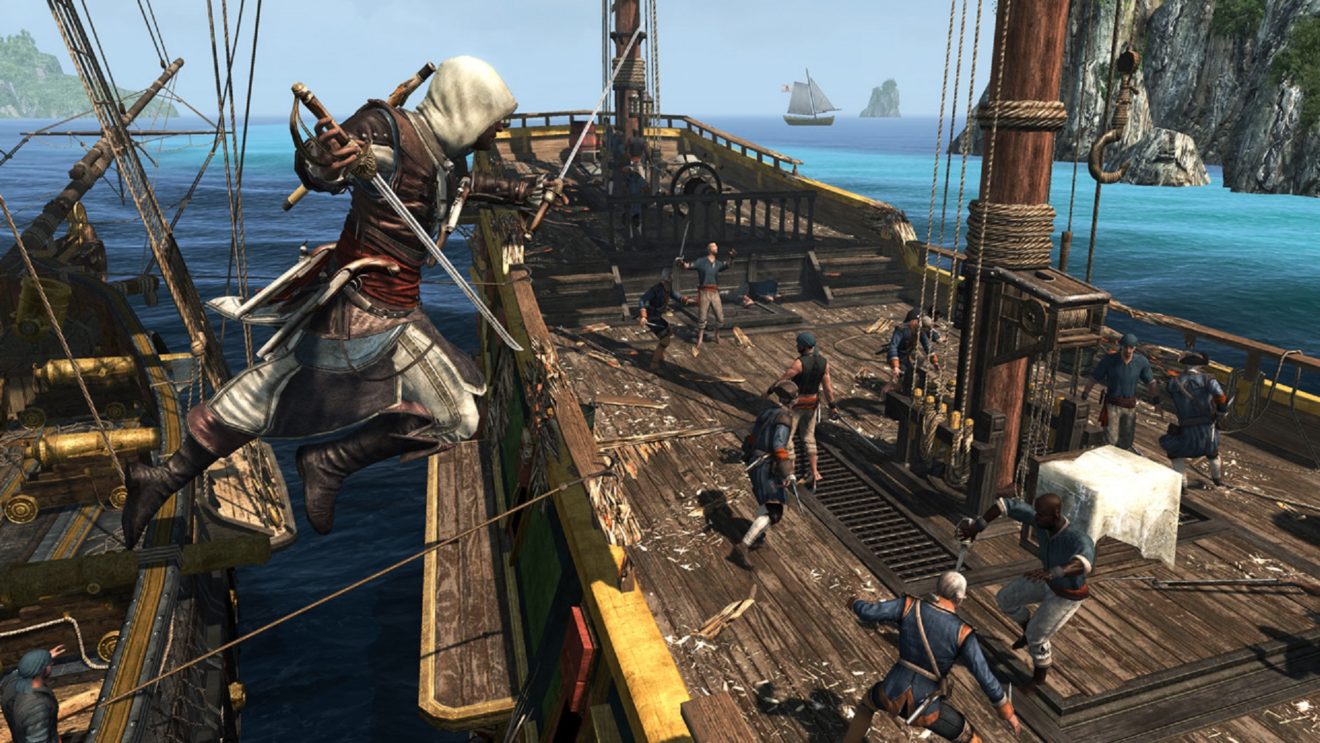 Assassin’s Creed: The Rebel Collection coming to Switch next week

Ubisoft has confirmed that Assassin’s Creed: The Rebel Collection will arrive on Nintendo Switch on December 6th.

The collection bundles together Assassin’s Creed IV: Black Flag and Assassin’s Creed Rogue in a single package. The Nintendo Switch versions of both games include support for handheld mode, HD Rumble, and gyroscopic aiming.

Black Flag is set in 1715 and puts players in control of a young pirate called Edward Kenway. Kenway’s exploits have earned him the respect of famous pirates such as Blackbeard, but have also dragged him into the war between the Assassins and the Templars.

While Rogue follows the story of Shay Patrick Cormac, a young assassin who turns his back on the order after a mission goes wrong and becomes a feared Assassin Hunter.