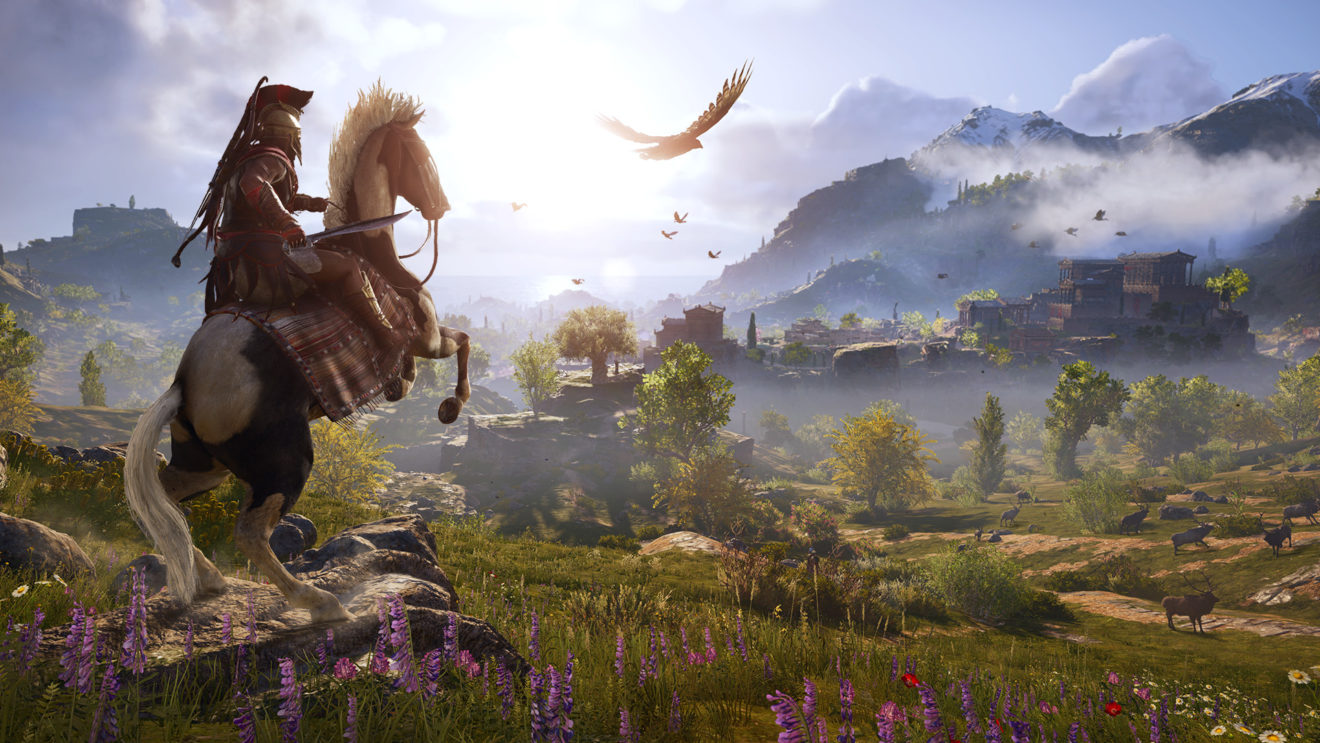 As previously announced, the Discovery Tour allows players to explore the world of Odyssey at their own pace with no combat or quests.

While exploring the game’s 29 regions, players can visit more than 300 World Stations and go on 30 Guided tours that will share details about the area and what life was like back then. The tours cover five different themes (philosophy, famous cities, daily life, war, and myths) and offer a little quiz at the end of each that will test players on what was covered.

Players can also earn 35 unique avatars and 15 mounts to use in the Discovery Tour by completing objectives and tours.

In addition to the Discovery Tour, Ubisoft will add the Myrmidon Character Pack to the in-game store and Oikos of the Olympians on September 17th. This new pack includes a gear set, mount, and legendary spear.

Finally, a new update is coming later this month for the Story Creator that will increase the number of characters that can be present in a dialogue sequence.