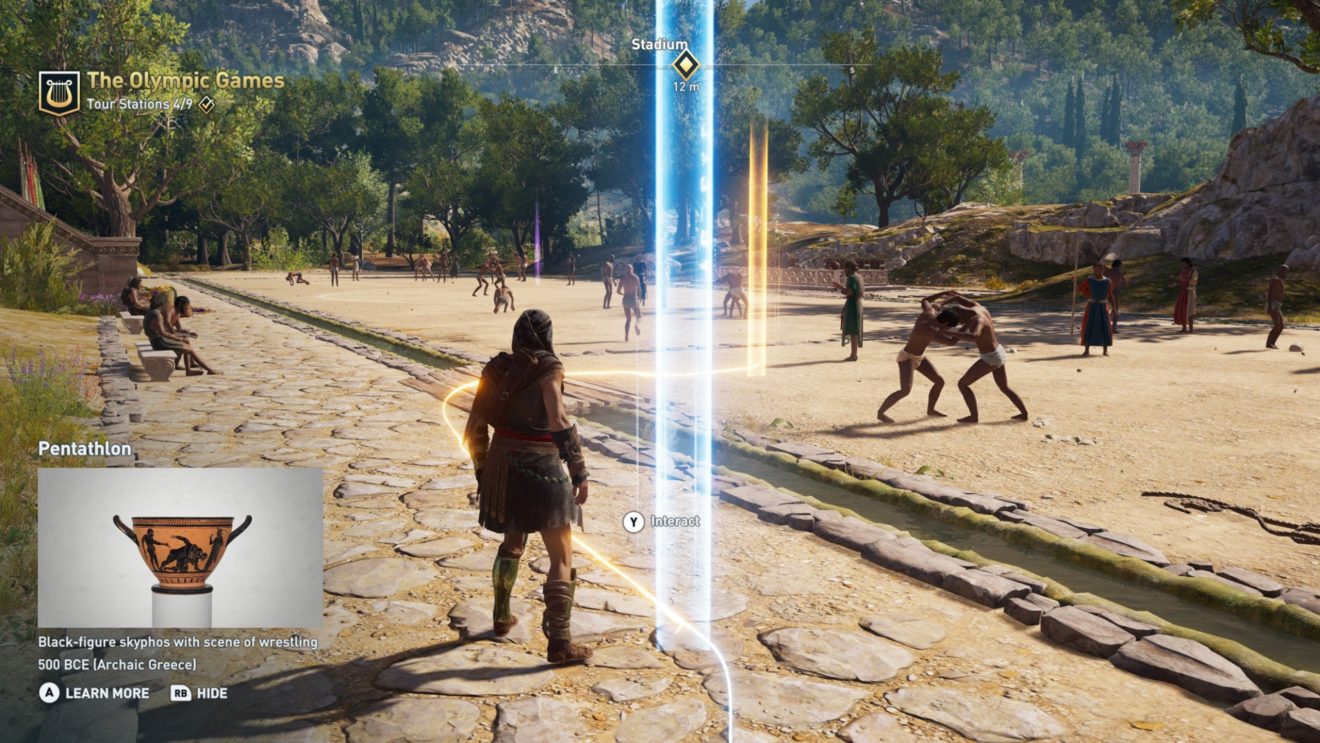 Ubisoft has confirmed that Assassin’s Creed Odyssey’s Discovery Tour will arrive on September 10th via a free update.

The Discovery Tour removes combat and lets players explore the entirety of Assassin’s Creed Odyssey’s world. While exploring the game’s 29 regions, players will come across more than 300 stations that will take them on tours covering five themes: philosophy, famous cities, daily life, war, and myths. At the end of each tour, players will be quizzed on what they’ve just learned.

While progressing through the tours and completing objectives, players can unlock 35 unique avatars and 15 mounts.

Discovery Tour: Ancient Greece is free for all owners of Assassin’s Creed Odyssey on Xbox One, PlayStation 4, and PC. Players who don’t own the game can pick up a standalone version of the tour on PC via Uplay for $19.99.