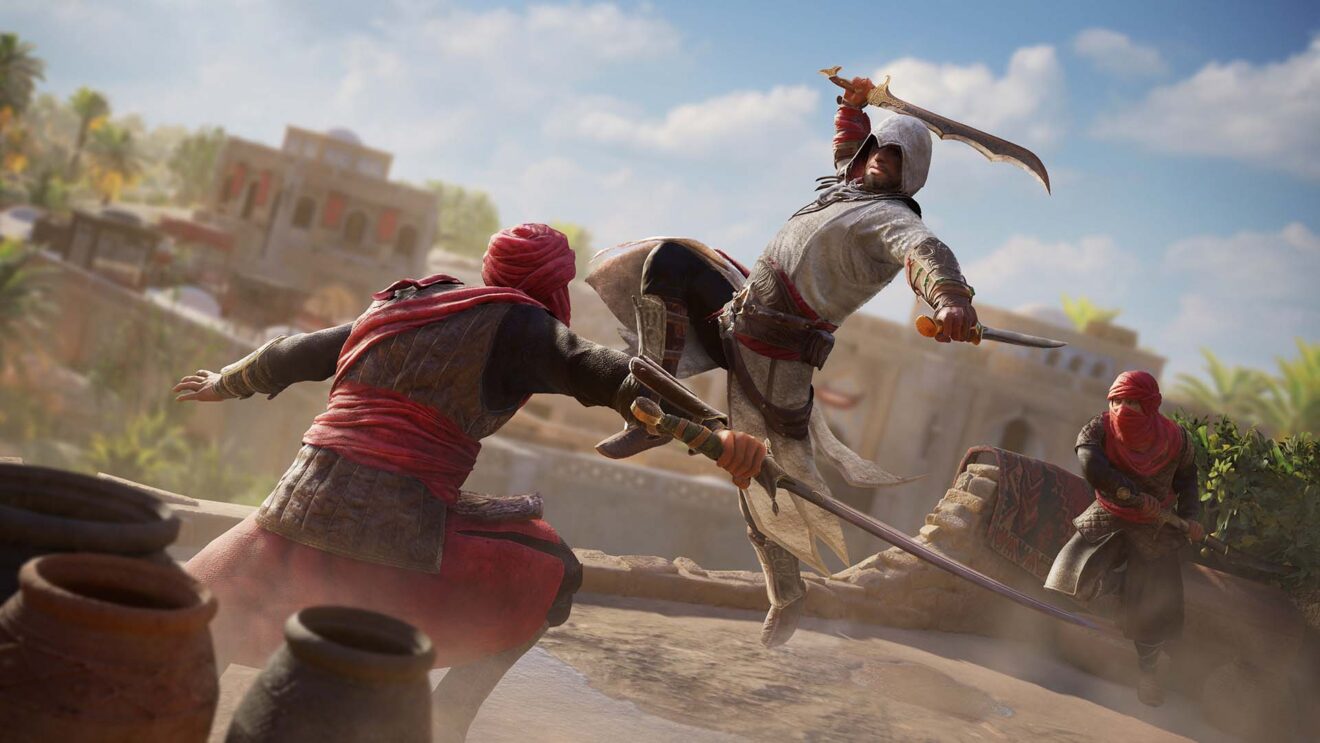 After leaking so hard that it forced Ubisoft to reveal the game early, Assassin’s Creed Mirage gets its first proper trailer and release window.

As the rumors predicted, Mirage will follow Assassin’s Creed Valhalla antagonist Basim in a prequel set 20 years before the events of the previous game. The story, set in 9th century CE Baghdad, will show how Basim joined the Hidden Ones (later known as the Assassin Brotherhood). The trailer highlights this by showing his finger-cutting ceremony, an iconic aspect of early Assassins Creed games.

We’ve yet to see actual gameplay, but Mirage‘s cinematic trailer gives us some hints at the kinds of moves Basim has. We see him use a smoke bombs, hidden blades, and the enemies own weapons against them, all classic tools of the trade in pre-Origins Assassin’s Creed games. At one point, Basim’s eagle—Enkidu—seems to show him where to go, possibly functioning as an in-world guidance system. Finally, the trailer ends with our first look at a djinn in Basim’s Assassin’s Corridor, which could hint at how his past as Loki and present as Basim will collide.

In addition to the cinematic trailer, Ubisoft also released a breakdown with some of the game’s head developers pointing out some details you may have missed. Mirage will mark the first time that Assassin’s Creed returns to the Middle East as its setting since the original game, and Baghdad looks like the perfect parkour playground.

In addition to the smoke bombs, Basim will also have access to throwing knives, blow darts, mines, and noisemakers, all of which players can level up. The developers also confirmed that players can control Enkidu and use him to mark enemies as in recent games.