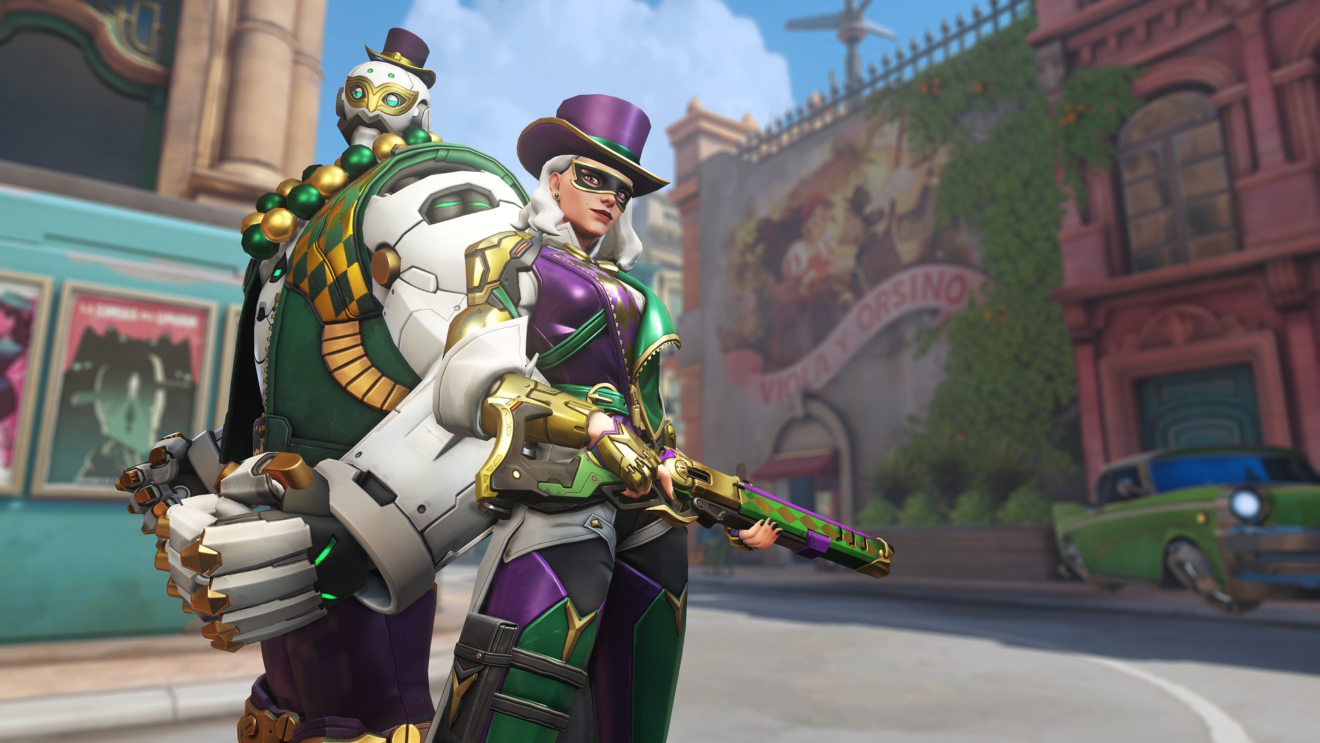 The Ashe’s Mardi Gras Challenge is now live in Overwatch on Xbox One, PlayStation 4, Nintendo Switch, and PC.

Over the next couple of weeks, players will be able to earn two new player icons, a new spray, and the Mardi Gras Ashe (and Bob) skin by winning games in Quick Play, Competitive Play, or Arcade. A full rundown of available rewards can be found below:

In other news, Blizzard recently introduced the first experimental mode to Overwatch. This new mode can be accessed via the experiment card on the main menu and changes the role queue to three damage players, two support, and a single tank.