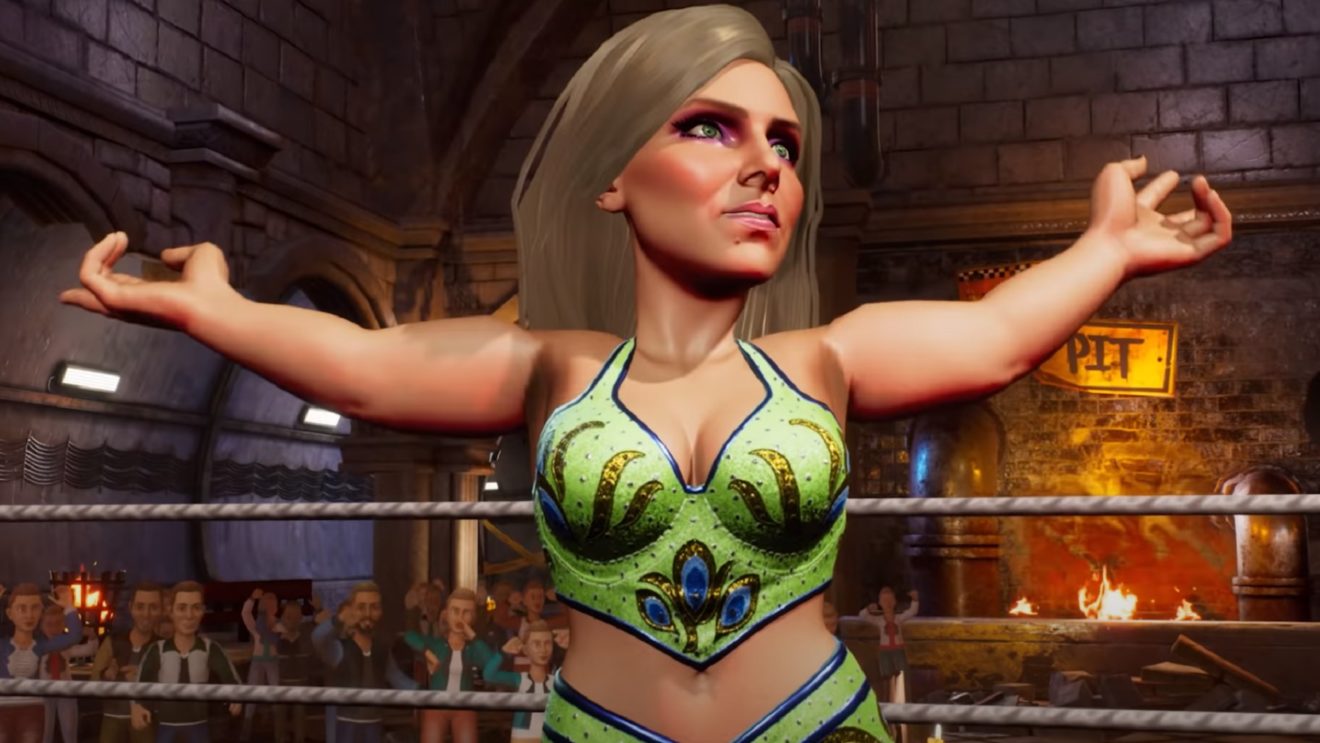 Battlegrounds is in development at Saber Interactive and “will feature arcade-style action and over-the-top Superstar designs, environments and moves,” according to the publisher. Watch the debut trailer below:

WWE 2K Battlegrounds is scheduled to release this fall, but platforms have not been confirmed. More information about the game will be shared “in the coming months.”

2K also offered an update on the next entry in its WWE 2K simulation series. The publisher explained that it is extending the production timeline of the next title and putting “a renewed focus on quality and fun.” This means that there will be no WWE 2K simulation game this year.

“We want to ensure the development team at Visual Concepts can create a great game that will entertain grizzled WWE 2K veterans, as well as newcomers who want to climb through the ropes and step into the ring for the very first time,” 2K added.

Finally, the publisher revealed that it has hired Patrick Gilmore to oversee WWE 2K development as executive producer. Gilmore has more than 25 years of experience and has worked on Killer Instinct, Medal of Honor, and Amazon’s New World MMO.