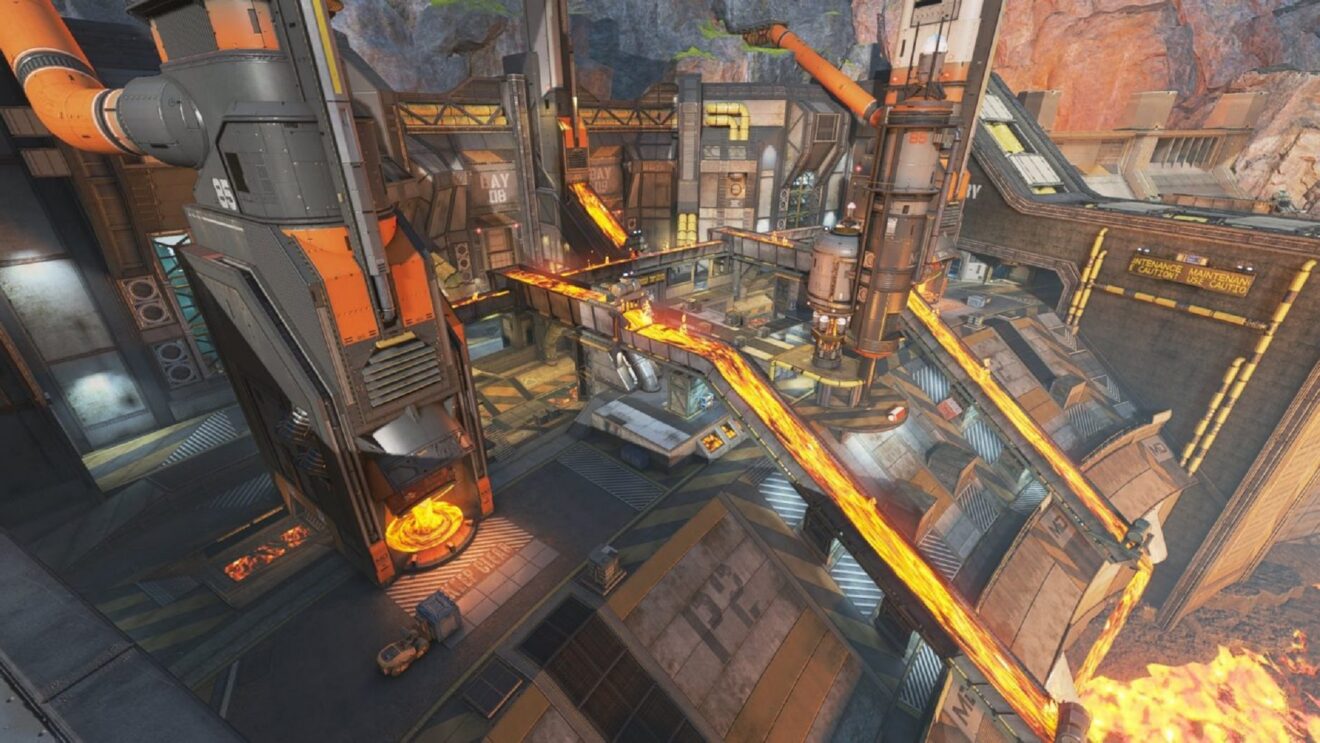 The Thrillseekers event is coming to Apex Legends on July 13th, publisher EA and developer Respawn Entertainment have announced.

The highlight of the event is the introduction of a new Arenas map called Overflow. This latest map has a lane focus, with each section split by tall, lava-filled structures. Combat on this new map favors short-to-medium ranged engagements, but there are areas for sniping, according to developer Respawn.

“Overlook is a long, open area with a central interior that gives a height advantage over this POI. While this area is perfect for snipers or DMRs, players may want to hold the interior to control not only this area but their flank as well,” the developer adds. “Slope, as the name implies, offers both a high ground and a unique area where players can slide down to a remote part of the map. This area can be used for sneaky flanks or defensive setups where players may not expect it.”

There are also three new badges to earn by completing goals during each week. The challenges include playing 20 Arenas matches, getting 100 knockdowns, and dealing 12,000 damage.

Finally, the Summer Splash Sale begins on July 13th. During the sale, fan-favorite skins, such as Voidwalker and Youngblood, will return to the store for a limited time. The sale ends on July 27th.