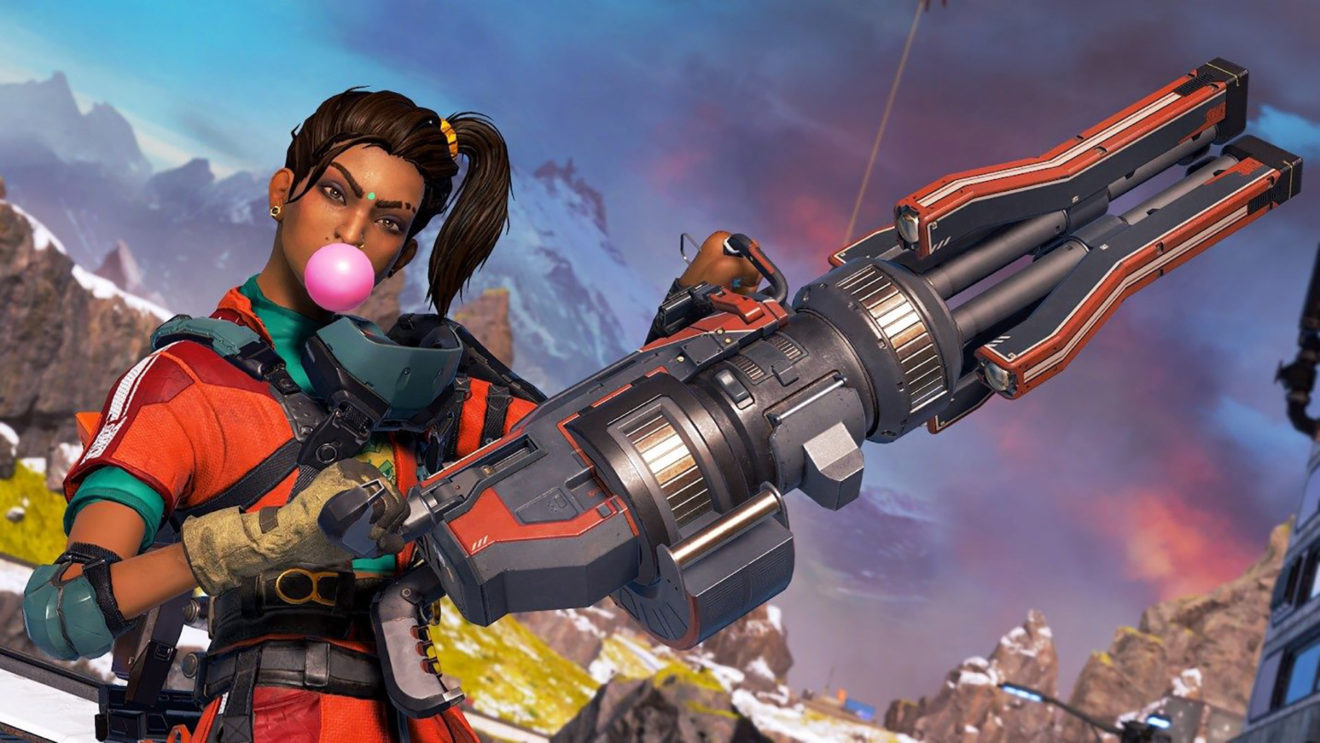 Respawn Entertainment has released the official patch notes for Season 6 of Apex Legends, so let’s take a look at some of the biggest updates.

First, of course, is the introduction of Rampart. We’ve been wondering how exactly her abilities would play out, and now we know. At any one time, she can have three miniguns and five amped walls out on the battlefield. Which—seems like a lot. Definitely curious to see if those numbers are going to be nerfed as time goes on.

Crafting stations are coming to both of Apex Legends‘ maps, but how exactly do you get the materials you need to use them? Thanks to a separate blog post by systems designer Mark Yampolsky, we now know that “certain points of interest around the map will have devices from which you can extract Materials. These might be prominent named places like Capacitor or Epicenter, but they may be smaller towns as well—and they’ll change every match. Opening loot bins will grant you a small amount of Materials as well.”

Along with the crafting system, by far one of the biggest changes in Season 6 is a huge overhaul to the armor system. Now, all armor except for gold will be Evo armor—and all players will even drop with a level zero Evo shield. Do enough damage at the beginning, and you’ll upgrade to a standard level one grey shield. As well, the shield rating of all armor levels is coming down by 25 points. So, for example, purple shields will now be 250 instead of 300.

Evo armor has definitely been an interesting addition to the game’s meta, and this new change means your armor will better reflect your skills in each match, versus having those inevitable rough games where you keep fighting for your life but just can’t find better armor. Also, having shields from the start means less of a scramble for even a base level of survivability.

Since the release of Apex Legends, every character has been part of a variety of classes—but those distinctions have pretty much meant nothing in the biggest picture. Respawn has spoken about wanting to give each class some extra uniqueness, and in Season 6, we’re seeing the first signs of that. Now, all Recon characters—currently Pathfinder, Bloodhound, and Crypto—can use the survey beacons to discover where the next ring location will be.

Okay, sounds good—but doesn’t that mean yet another nerf to Pathfinder? Respawn says that they’re looking at bigger changes to everyone’s favorite grapple-sporting robot, but for now, he’ll get a ten second reduction in charge time to his Ultimate for every beacon he scans.

Crypto is also getting a buff, and what a buff it is. Now, he’ll be able to activate both survey and respawn beacons with his drone. So, to be clear: Crypto can not only pick up his teammate’s banners with his drone, but now also revive them with it. That opens up some really powerful potential for the character.

Beyond Pathfinder and Crypto, Bloodhound, Revenant, Octane, Loba, Gibraltar, Bangalore, and Wattson have also received some level of buff, nerf, or basic change.

Finally, we already knew that energy mags and the turbocharger hop-up were returning along with the Devolution in Season 6, but we now know the gun that’ll be taking its place in supply drops: the R99. Yes, the favorite SMG for some is going bye-bye, unless you happen to get lucky enough to find one on a drop.

Meanwhile, the Devotion, Mastiff, Triple Take, Flatline, and Volt are our new options for random fully kitted drops. Oh, and speaking of the Triple Take, the Precision Choke hop-up is now totally gone. For both it and the Peacekeeper, you’ll now be able to switch between modes like with other weapons that offer two different kinds of shots. As a Triple Take fan—thank the Allfather. Trying to find a choke is often a huge pain the rear.