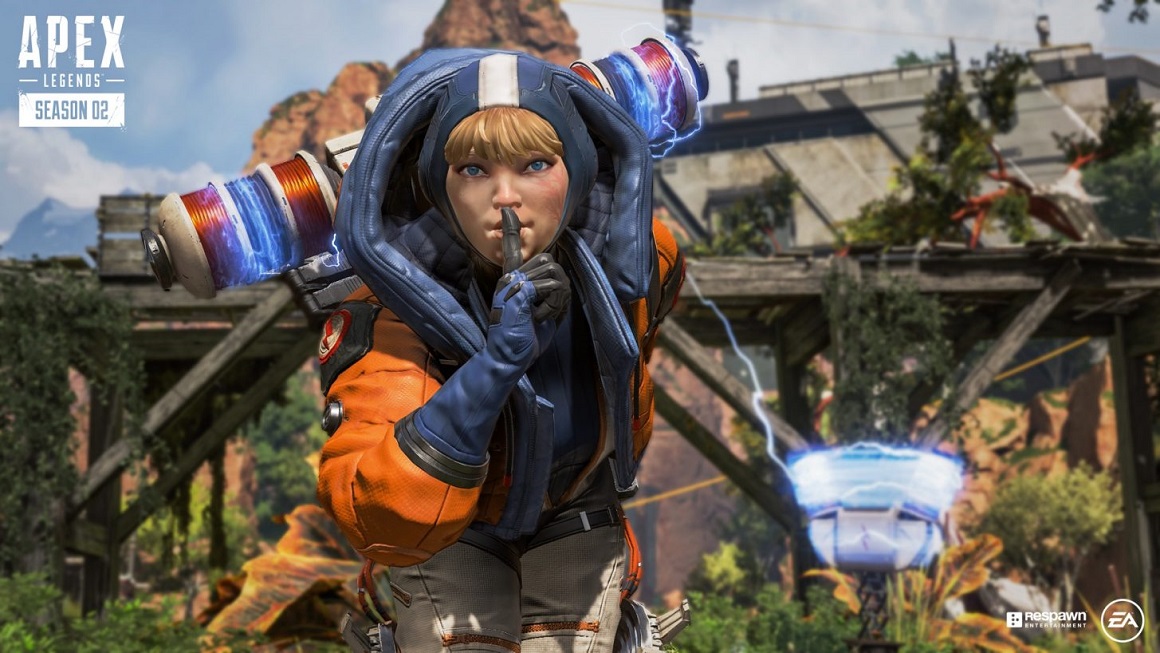 The first is a CG trailer that features Octane, Bangalore, new character Wattson, and more battling it out on Kings Canyon. However, things take a turn when a mysterious character sets off an EMP, destroying the Repulsor Tower and opening up the island to arena to invading creatures

While the second trailer offers a look at the numerous changes that are being made to the Kings Canyon map with the release of Season 2, including a green makeover for the Shattered Forest area, new base camps, and the arrival of Leviathans and Flyers. We also get a quick look at a new type of customization being added in Season 2 called Skydive emotes.

As previously announced, Apex Legend’s second season will introduce a new Legend called Wattson, a new weapon with the L-Star LMG, a second Battle Pass, and a Ranked Mode.

Season 2 is scheduled to go live on July 2nd for Xbox One, PlayStation 4, and PC.