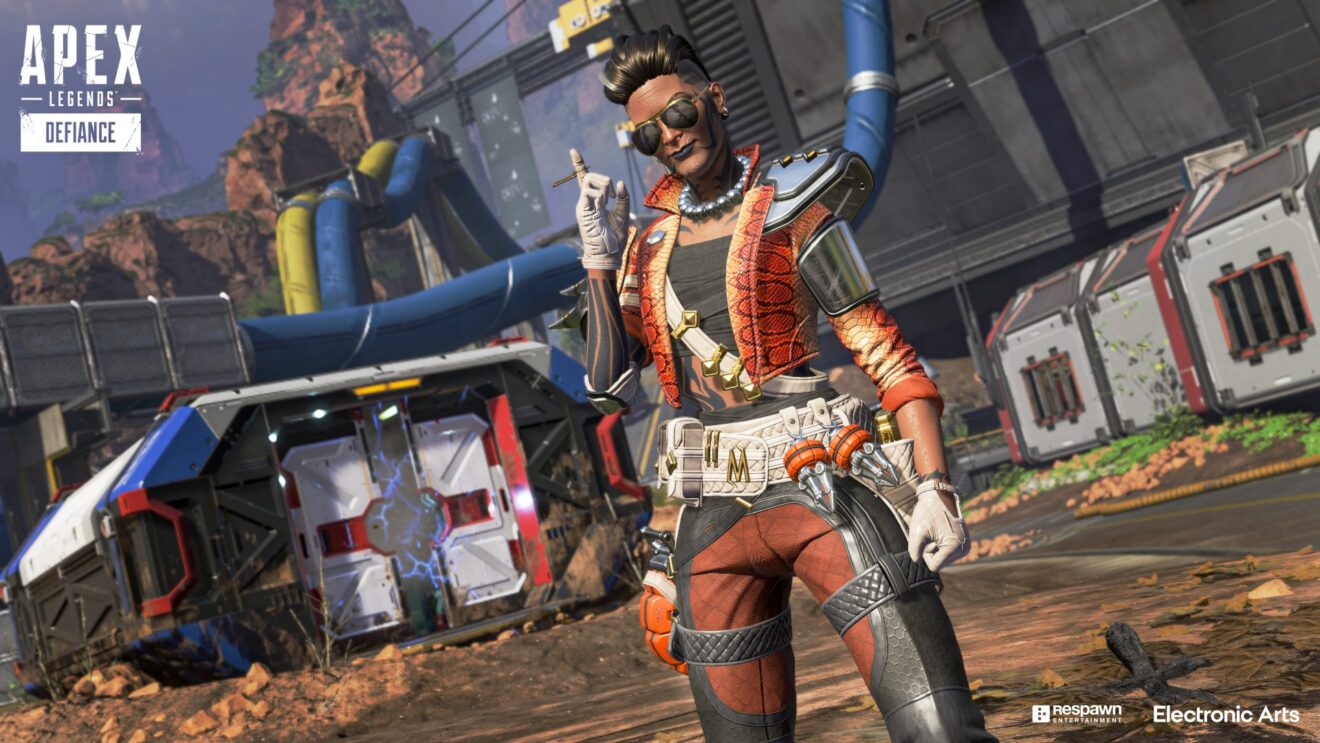 Kicking things off is the arrival of new Legend Mad Maggie. The cutthroat warlord can highlight enemies who have been damaged and has no movement penalty when using shotguns. Maggie also has access to the Riot Drill Tactical, which fires a drill that attaches to obstacles and burns enemies on the other side, and her Wrecking Ball Ultimate, a ball that releases speed-boosting pads and detonates when near enemies.

Also being added is the limited-time Control mode. Control is a 9v9 mode in which players fight to capture zones on the map and hold them to earn points. Players will respawn upon death in this mode.

Additionally, the developer has made some adjustments to Crypto and Caustic with this update. Starting with Crypto, the Drone HUD now shows new information, the Neurolink detection FOV has been increased from 160 to 240 degrees, and Drone health has been reduced to 50. The following changes have also been made to the Drone’s deployment:

“Crypto has been off the grid in terms of pick rate. The goal of these changes was to make his kit more accessible and engaging. With a new deployment option, we lowered drone health to prevent reckless drone deploy,” Respawn explains. “Crypto is still a methodical, calculating legend, and manually piloting Hack should still be the primary way to access macro-level recon. The drone view HUD updates should help here as well.”

While Caustic has been nerfed in Season 12. Following the update, traps can now be destroyed after detonation and detonated traps will expire quicker.

Other changes include the addition of the Volt to Supply Drops and a damage reduction for the Triple Take and Flatline. Read the full patch notes here.